Lancaster DS690 took-off from its base at East Wretham at 23:59 hours to attack Aachen, Germany.

The following account extracted from the Bomber Command War Diaries:

'A strong tail wind brought the first waves of the main force into the target area before zero hour with the result that, when the first Pathfinder markers were released, an unusually large number of aircraft bombed in the first minutes of the raid.

Visibility was good and large areas of Aachen appeared to burst into flames at once. 2,927 individual buildings were destroyed, 294 people were killed and 745 injured, 28,000 people appear to have fled the town and were still absent when the new ration cards were issued nearly 7 weeks later.'

Memorial for the crew of DS690 Lancaster (courtesy Moinesnoirs)

From the time given to the loss of Sq/Ldr. Baird's Lancaster we can assume that the aircraft was returning home from the target. German night-fighter pilot's were very active during the defence of Aachen. Strong head winds of between 50-90 mph slowed the returning bombers. Lancaster DS690 was claimed by Hptm August Geiger of 7/NJG1.

Approximately 10 weeks after the loss of Lancaster DS690, Hptm August Geiger age 23, (2) with his Radio/Op Fw Dietrich Koch age 22 lost their lives when their Messerschmitt Bf 110G-4 with the Wnr.5477 was shot down by a RAF Beaufighter night fighter. The machine crashed 10 km NW of Harderwijk, Holland.

Another 115 Squadron Lancaster was also lost on this operation, DS660 flown by F/O. Rod Larson.

(1) Sgt. Johannes Ernest Conraad Odendaal: son of Paul Johannes Odendaal and May Minnie Louise (nee Wilde) Odendaal. He survived the war and eventually returned to Rhodesia / Zimbabwe where he died in August 1995.

(2) This was the 37th claim by the nightfighter ace Oblt. August Geiger (a total of 49 kills).

Later shot down and killed by W/Cmr Bob Braham from 141 Beaufighter squadron after a fierce dogfight on September 29th 1943. 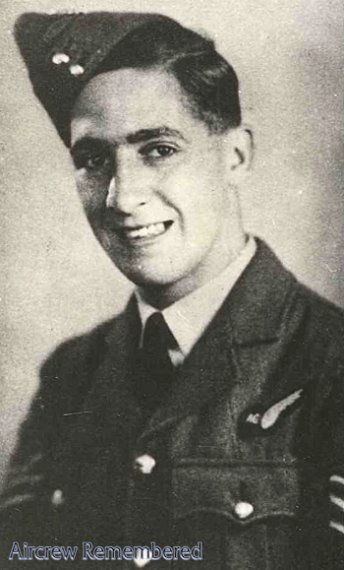 Those who lost their lives lie in a collective grave at the Les Hayons Cemetery, Belgium.

At the going down of the sun, and in the morning we will remember them. - Laurence Binyon
All site material (except as noted elsewhere) is owned or managed by Aircrew Remembered and should not be used without prior permission.
© Aircrew Remembered 2012 - 2021 Last Modified: 20 March 2021, 21:37