Very icy on outbound trip over the North Sea, causing many aircraft to return.

16 aircraft shot down by the effective Luftwaffe night fighters. DT680 is reported to have been shot down by flak at 21:40 hrs. by the 3rd and 8th Flak divisions. Believed to have crashed at Brietlingen in the forest of Weckenstedt (see map). 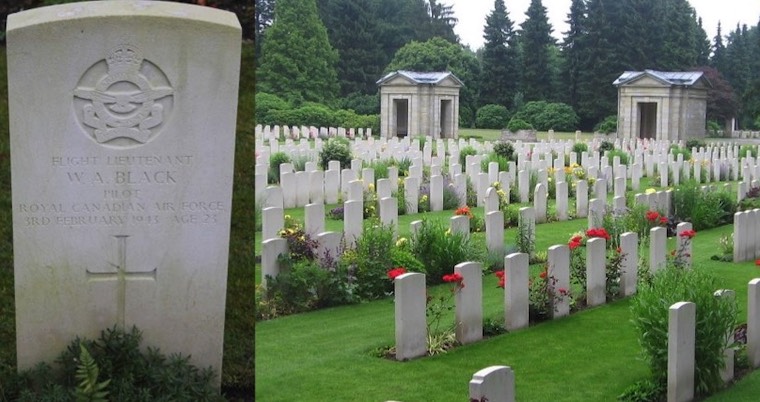 Researched with information supplied by Willi Sgodzaj in Germany and dedicated to relatives of the crew.

At the going down of the sun, and in the morning we will remember them. - Laurence Binyon
All site material (except as noted elsewhere) is owned or managed by Aircrew Remembered and should not be used without prior permission.
© Aircrew Remembered 2012 - 2021 Last Modified: 25 March 2021, 17:23