Taking off at 04:45 hrs with 16 others to attack targets in the Dillenburg, Littfeld area. The Germans now on the retreat with Hitler giving his last broadcast to the people of Germany urging them to keep up the resistance. 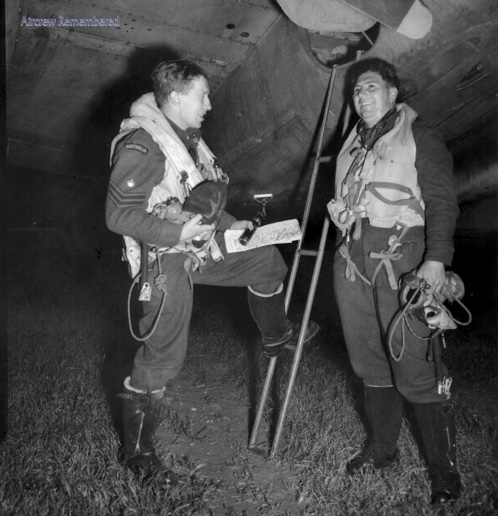 NS890 is understood to have been shot down by anti-aircraft fire with the Mosquito crashing at 06:20 hrs - killing both the decorated crew members. 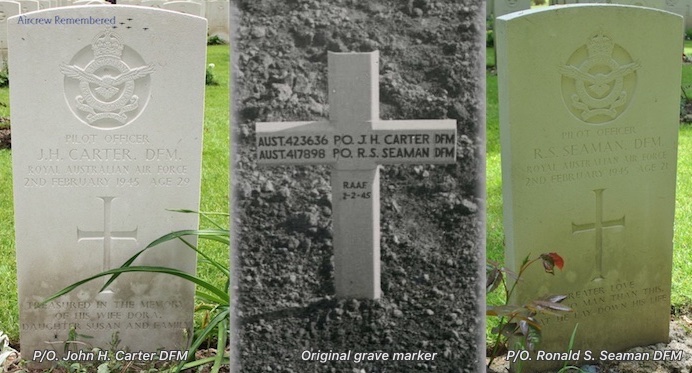 Initially buried on the 04th February at the Boenninghardt cemetery - reinterred at Reichswald in 1947.

Researched and dedicated to the relatives of this crew with thanks to National Archives of Australia and to sources indicated below.

At the going down of the sun, and in the morning we will remember them. - Laurence Binyon
All site material (except as noted elsewhere) is owned or managed by Aircrew Remembered and should not be used without prior permission.
© Aircrew Remembered 2012 - 2022 Last Modified: 06 April 2021, 14:46