We are indebted to Joop Hendrix of the Planehunters Recovery Team for the research they have undertaken on this loss - see links.

It is with great sadness that we have been advised that Sgt. Sydney Dudley passed away on the 17th April 2015 age 93. Husband of Edith and father to Margaret in Riccall, York, England.

It is with great sadness that we have been advised that Sgt. Gerald Flower passed away quietly at his home in Vancouver, Canada on the 27th January 2017.

About 184 Lancasters from 3 Group were tasked against the oil plant at Homberg Germany. It was a daylight precision bombing mission, with the squadron taking off from RAF Whitchford at 11.18 AM.

They successfully attacked the oil plant, the result of the attack that day: 938 tons of H.E. from which 20.3 exploded on the target area, causing heavy damage to the generators, plants and other pipelines.

'The City of Venray and surrounding little towns that now belong to Venray will mark their 70th anniversary of their liberation in September 2014. The idea was brought up by Mr. Bernard Ploegmakers to form a committee that would research what aircraft came down during WW2 in Venray. The crash information will then be displayed on 4 different locations in the towns.

The committee existed of about 7 people that all were involved with the history of WW2 in one or another way. There was a list of 53 possible crashes that came from two local researchers.

On one of these crashes the information we had was: a Halifax bomber from 78 Sqn that crashed on 4th November 1944, just behind the nowadays German military cemetery. Within the committee Mr. Toon v/d Wetering from Volkel airbase doubted that it was a Halifax as he had supporting information on that particular Halifax. (Halifax III LK838 EY-E flown by 21 year old F/O. Edwin Albert Love J/27205 RCAF from Ontario, Canada. Killed with 5 other crew, 1 taken PoW.)

So I went out with my metal detector and found evidence from a crashed WW2 aircraft located just outside the fence of the German military cemetery. The small pieces I found were for sure from a WW2 aircraft, but no proof of the aircraft type.

Mr. Lei Potten who serves at the committee as well, arranged permission to search at the war cemetery.

There is about 40 yards of wooden area right at the fence on the inside. We found some small pieces of metal and when cleaning it 2 of these (shown above) were quite interesting.


Right: 37 Year old, Sgt. Gerald Patrick Kenny, the only fatality from the crew.

That was a part bearing the letters VACB 761 which means the aircraft was build at Vickers Armstrong in the Castle Bromwich factory. And second a type plate that reveals the number 683 which stands for the aircraft type, a Lancaster!! Yes we new for sure the aircraft type now.

In the meantime Mr. Jan Strijbos copied all sorts of old documents from the city's archives and found a letter describing that the crashed airplane could be a Lancaster or a Halifax.

I went through the missing aircrafts from the RAF in W.R.Chorley's list around the datum of 4-11-1944 and found out that on 2-11-1944 a Lancaster crashed in Holland but the location was not known. The aircraft mentioned the HK633 was build at Castle Bromwich and was on a mission to Homberg Germany which would have brought it close to the Ysselsteyn area.

Left: Gerald W. Flower pictured in 2014 after being traced by Neil and Peter - see links)

I had a good feeling this was the aircraft we were looking for, furthermore 2 other Lancasters on the sane raid crashed in the neighbourhood that day and had already been identified.

But we did not have the final proof, that came a few days later when Mr. Lei Potten found out that Sgt G.B. Kenny, the tail gunner was brought in at the British field hospital located at the local school, wounded and died that same day. Also his name is on a memorial stone located in Ysselsteyn.

There are 2 mistakes made though, the first one is that the date on the memorial stone is 2nd October 1944 instead of 2nd November 1944 (see photo below) and secondly he is registered as a Canadian, but he has the nationality of British (Trinidad is part of the British Commonwealth)'

The group, assisted by Neil and Peter from 51 Squadron historical Society (see links) traced many of the crew or there surviving relatives.

Notes: Serial Range HK553 - HK806 This aircraft was one of 200 Lancaster's ordered from Vickers Armstrong (Castle Bromwich) as Mk.11 Sep 41 and changed to Mk.III Feb 43, but built as Mk.I’s from Oct 43 to Feb 45. Up to HK773 had Merlin 22 engines initially installed, and all subsequent models had Merlin 24 engines. HK663 was delivered to No.195 Sqn 16 Oct 44 When lost this aircraft had a total of 18 recorded hours. HK663 was one of two No.195 Sqn Lancasters lost on this operation. The other:
Lancaster III LM743 A4-R Flown by F/O. R. Palmer RNZAF PoW with 5 other members of his crew. The Flight Engineer, 33 year old Sgt Edward George Paradise RAFVR was killed. Buried at Reichswald Forest War Cemetery.

Researched and dedicated to the relatives of this crew with thanks to Joop Hendrix Planehunters Recovery Team, also to Neil and Peter of the 51 Historical Society for the assistance give to Joop on researching/tracing crew members, Research Committee: Bernard Ploegmakers, Jan Strijbos, Ruud Wildekamp, Toon v/d Wetering, Gerrit Kateman, Harry Strijbos, Lei Potten, Joop Hendrix. Also to Maya Speights who advised us of her Grandfather, Gerald Flower passing in January 2017. 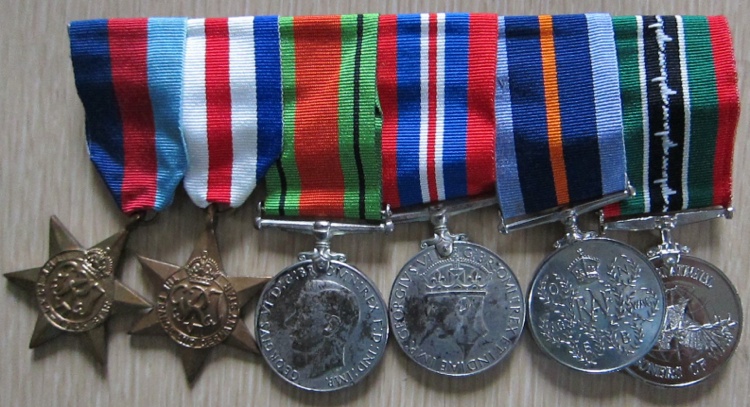 At the going down of the sun, and in the morning we will remember them. - Laurence Binyon
All site material (except as noted elsewhere) is owned or managed by Aircrew Remembered and should not be used without prior permission.
© Aircrew Remembered 2012 - 2022 Last Modified: 27 March 2021, 11:07