During an anti-shipping attack with 8 other typhoons MN661 was hit by the heavy flak defences on the island or the ships they were attacking. He attempted to crash land the aircraft but was killed on impact. 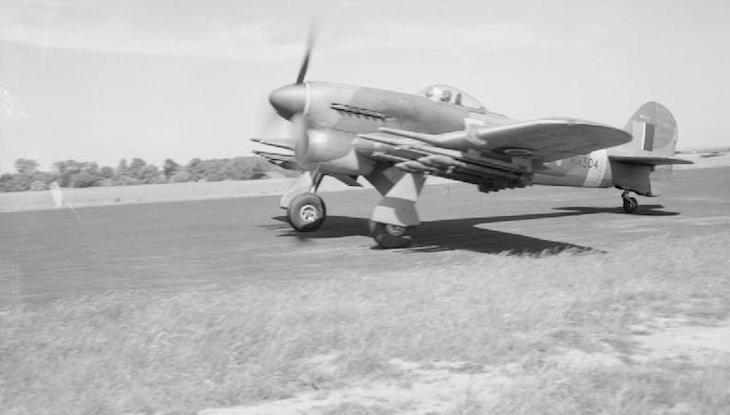 Above: Typhoon Ib, this one from 164 Squadron 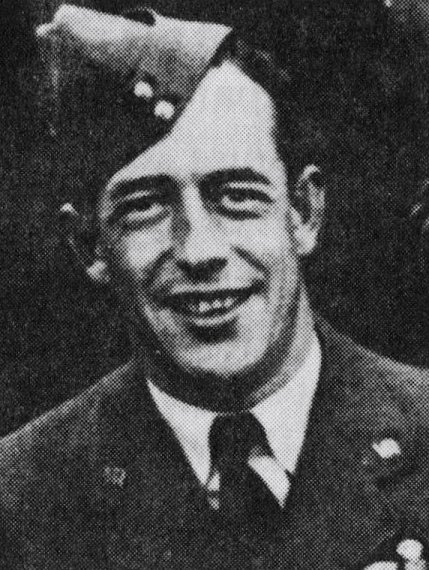 "Sq/Ldr. Gonay has completed 138 operational sorties and has displayed outstanding ability, courage and determination which have contributed largely to the successes achieved by his squadron. Squadron Leader Gonay has destroyed one enemy aircraft (Heinkel He 59 of Seenotflug-Kommando 2) and damaged a further three. He also sunk a 100 ton support vessel."

Formerly buried in St. Helier War Cemetery, Channel Islands, but was reinterred in Belgium in 1949.

Sq/Ldr. Henri Alphonse Clement Gonay DFC Croix de Guerre with Bronze Palm. Brussels Town Cemetery Belgian Airmen's field of honour, Evere, Belgium. Next of Kin details currently not available - are you able to assist completion of these and any other information? He was married and had a daughter we understand.

Further information: Born in Theux on 21st July 1913, at 18 he joined the Belgian Air Force in 1931 - proved to be an exceptional plot and was soon placed as an instructor. Boarded the Queen Emma after France capitulated arriving in England on the 23rd June 1940. Trained on Blenheims within Coastal Command. After that he trained with 58 OTU on Spitfires. Later converted to Typhoons and joined 263 Squadron

Researched for relatives of the pilot with thanks to the following for further information, Johny Recour from Belgium, Norman L.R. Franks 'Fighter Command Losses' Vol. 3, Aircrew Remembered own archives.

At the going down of the sun, and in the morning we will remember them. - Laurence Binyon
All site material (except as noted elsewhere) is owned or managed by Aircrew Remembered and should not be used without prior permission.
© Aircrew Remembered 2012 - 2021 Last Modified: 23 April 2015, 12:14