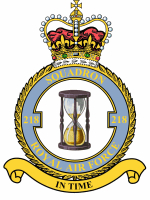 Update January 2020: Understood that the wreckage has now been discovered and a recovery is planned for March 2020. It is thought possible that the crew bodies may well still be in the wreckage and that they can be provided a fitting burial.

Update 31st August 2020: Thanks to Eric Tholens for pointing out a Dutch webpage for the "De Telegraaf" which has posted an article regarding the salvage of Stirling III BK716.

Translation of the article:

British Short Stirling bomber brought down in World War II. On board of the wreckage are possibly the remains of the seven Canadian and British crew members.

The Ministry of Defence thinks the job will take four to five weeks, depending on the weather conditions. Only during the work will it become clear whether the missing aircraft has actually been found since the war, for example because an engine part with a serial number is found, according to a spokeswoman for the municipality.

The BK716 disappeared during the return journey of a mission over Germany.

Because there may still be ammunition aboard the crashed aircraft, the water bottom around the bomber is first dug out with a GPS-controlled excavator. This gives the rescuers enough space to work safely, according to the Ministry of Defence.

Almere has a children's book and a documentary made about the salvage. The British artist Laura O'Neill creates a work of art from part of the remains of the aircraft. This will be unveiled next year in the Bos der Onverzetelijken in Almere. The forest is a national resistance monument for all Dutch people who were shot by the German occupying forces during the war years.

Update 5th September 2020: Thanks to Hans van der Kooij for pointing out a Dutch webpage "AD.nl" which has posted an article regarding the latest news of the salvage of Stirling III BK716.

Translation of the article:

Wreck in Markermeer appears to be missing British bomber

It is now established that the wreckage at the bottom of the Markermeer near Almere is the missing British Short Stirling bomber BK716. Dredgers have recovered one of the engine blocks with a serial number on it. On board of the bomber were seven crew members at the time. The municipality of Almere informed the relatives of the crew, according to a spokeswoman.

The BK716 disappeared in 1943 during the Second World War on its return from a mission over Germany. The wreckage was found in 2008 when part of the landing gear surfaced during other work in the Markermeer. But it is only through the discovery of the engine block that it can be said with certainty that the missing Short Stirling BK716 has been recovered.

The municipality of Almere is 'delighted' with the result. It is a confirmation for the next of kin of the crewmembers who have thus gained certainty about the fate of their family member", declared alderman Hilde van Garderen to Omroep Flevoland.

The salvage workers of the Royal Netherlands Air Force and a contractor started the salvage work on Monday, which is expected to take four to five weeks. The salvage is part of the National program for the recovery of aircraft wrecks, which the Netherlands started in 2019. It is estimated that there are still thirty airplane wrecks in the Dutch soil in which mortal remains are most likely still to be found. The Netherlands wants to give next of kin certainty about the fate of pilots who went missing during the war.

Update 9th October 2020: Thanks to Patrick Dirksen from Tristar Aviation for the following images of the recovery of Stirling BK716.

Left: Both pontoons used for the salvage process on the Markermeer; Right: The GPS controlled digger.

Left: Serial BK716 still readable on the inside of a panel from the starboard outer engine; Right: The serial number of the first engine found, proving the identity of BK716.

Left: A fire extinguisher, with one of the control wheels; Right: One of many instruments found. 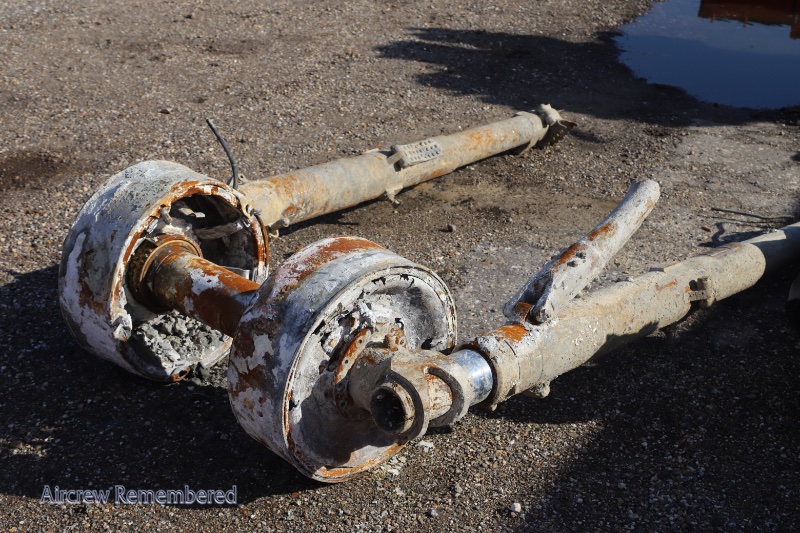 One of the massive main landing gears 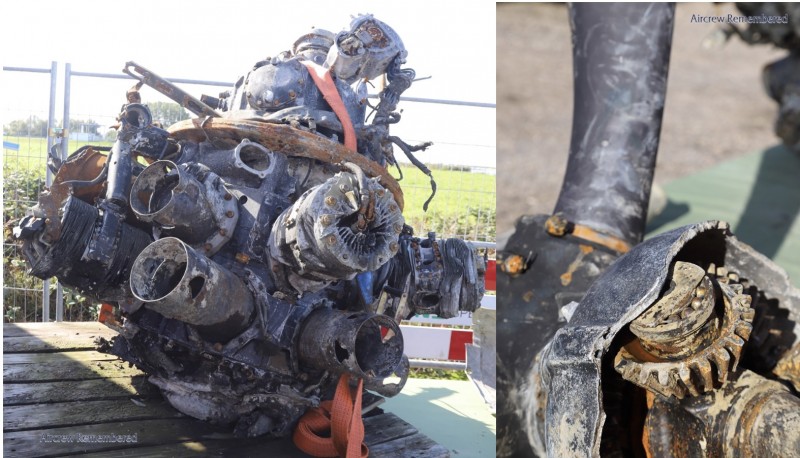 Left: The engine that was found first, proving the identity of BK716; Right: Inside of the propeller mechanism.

Took off from Downham Market at 21:30 hrs. to bomb the heart of Germany, Berlin, along with 328 other bombers. The flight out was hampered by heavy icing and electrical storms over the North Sea which forced 120 aircraft to return.

The remainder continued and met heavy night fighter resistance in the calmer weather conditions over the continent. Night fighter squadrons engaged from their bases at Twenthe and Deelen claiming 9 from the Berlin attackers.

Nothing was heard from Stirling BK716 and it is thought that it was either hit by flak or succumbed to the weather. (No records claiming this kill from the night-fighter units)

BK716 may have been the Stirling claimed by Lt. Werner Rapp and his Bordfunker Uffz. Ortmann, his 4th Abschuss and their 2nd for this night, from the 7./NJG1 at 4300m at 04:49 hrs, flying Bf110 G-4 G9+CR. (The victory was confirmed on the 26th November 1944). Although the aircraft has not been identified the claim was in the loss area of 2- 4km ESE of Marken Island and fits with the recent recovery operations for Stirling BK716. (Nachtjagd Combat Archive (1 January - 22 June) 1943 Part 1 - Theo Boiten)

Accuracy regarding the damage caused by the allied bombers is disputed, however, German sources claimed that 148 people were killed on the ground and the same number of buildings totally destroyed. The Allied attack cost the Allies dear with 21 aircraft lost. 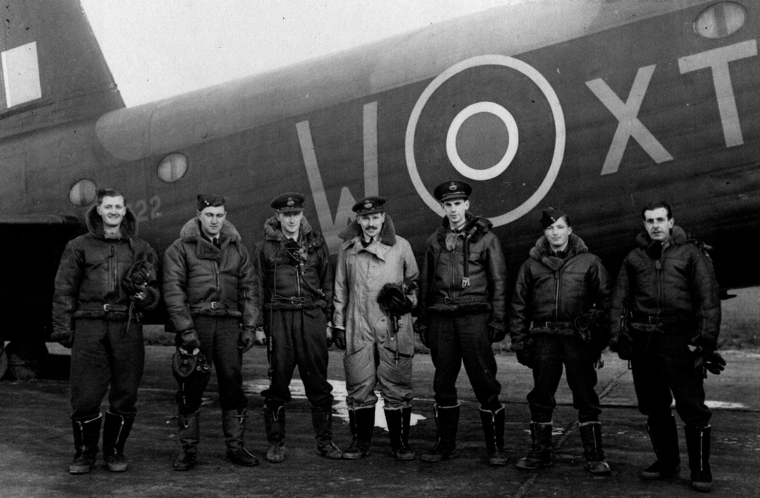 However, information provided by relatives has brought into question that the assumption the order of the signatures of the crew depict their respective positions in the photograph:

The following are the observations we have received:

2. Greg McGrath informs us that that Fg.Off. Harris has been identified by his sister as being 5th from the left.

3. Photographic evidence from Ancestry.co.uk confirms that Flt.Sgt. McCaw is depicted 6th from the left.

4. Photographic evidence provided by Fiona Taylor-Williams, the niece of Fg.Off. Farrington, confirms that he depicted as 5th from the left.

5. The definitive identification of the airmen in the photograph has been provided by Richard McCaw and John Wharton as follows:

Left: Fg.Off. Farrington with who it is believed to be his mother Bertha and sister Edith Mary; Right: Fg.Off. Harry Gregory Farrington. (Courtesy of Fiona Taylor-Williams) 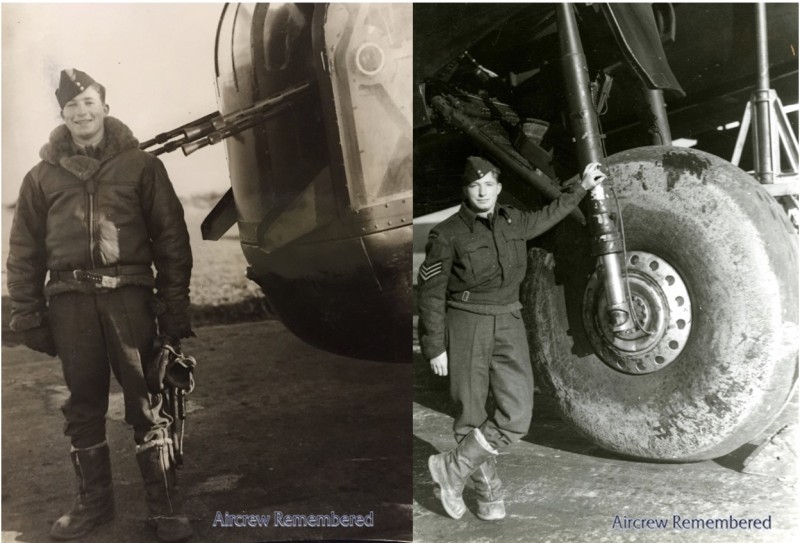 Above: Sgt. McCaw, left standing outside of his "office" and right next to the main wheel of a Stirling (Courtesy of Richard McCaw) 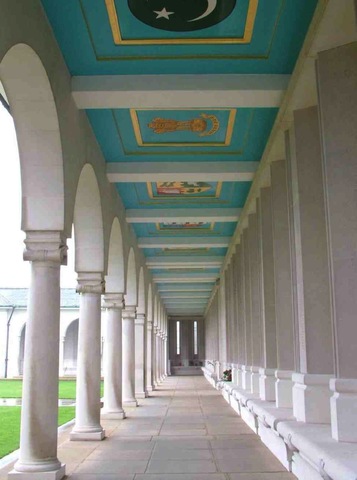 Left: Panels at one of the Runnymede Memorial corridors.

Sgt. Charles Armstrong Bell. Runnymede Memorial Panel 142. Son of James A. and Elizabeth Bell, husband of Frances Bell, of 10 Quebec Street, Langley Park, County Durham, England. Francis later remarried a John Wharton, she is understood to have passed away in 2003.

Sgt. McCaw's notification of his promotion to Flt.Sgt. was posted retrospectively to his death and was with effect from the 27th October 1942.

At the going down of the sun, and in the morning we will remember them. - Laurence Binyon
All site material (except as noted elsewhere) is owned or managed by Aircrew Remembered and should not be used without prior permission.
© Aircrew Remembered 2012 - 2021 Last Modified: 08 February 2021, 17:35