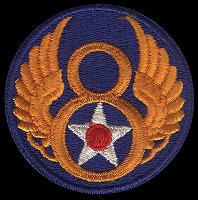 Location: Hohe Wurzel to the south of Seitzenhahn

**** Stalag Luft 4 Gross-Tychow, Pomerania, Prussia (Moved from Stalag Luft 6 Heydekrug. Moved to Wöbbelin near Ludwigslust and then to Usedom near Swinemünde). 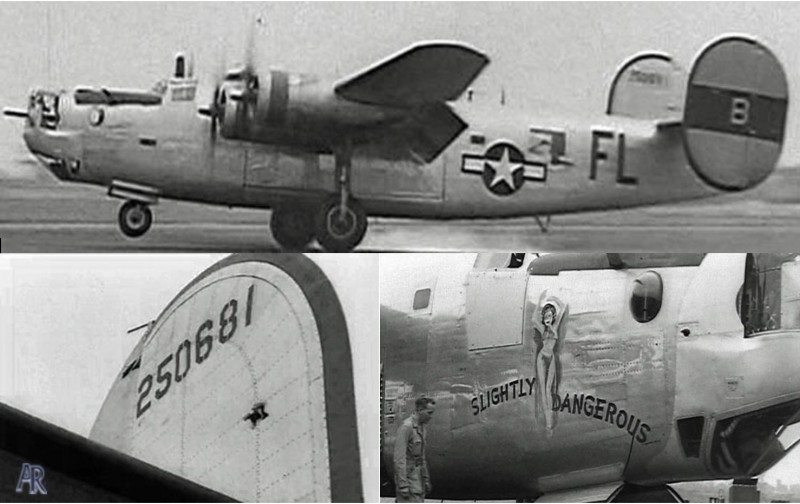 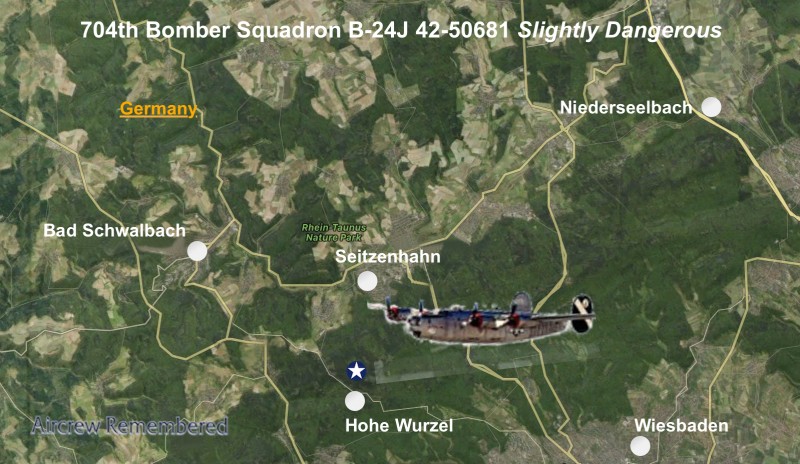 42-50681 Slightly Dangerous departed from Bungay in Suffolk on a bombing mission to Gustavsburg-Mainz in Germany. After action reports described how after completing its bomb run the aircraft was seen to lose altitude with No. 4 engine feathered. No further observations were reported after the aircraft dropped out of the formation. No parachutes were seen to come from the aircraft before it was lost from view. Several Individual Casualty Questionnaires (ICQ) confirm that all of the crew bailed out of the aircraft.

German documents record that the aircraft crashed at Hohe Wurzel to the south of Seitzenhahn. Seven of the crew were captured and spent the remainder of the war in various PoW camps.

(1) 1st.Lt. Marshank recorded in his ICQ that T/Sgt. Baucom was uninjured and was seen to bail out of the aircraft. S/Sgt. Maxson recorded in his ICQ that he was the last but one to bail out and he saw 1st.Lt. Mullane, who was uninjured and flying the aircraft whilst the crew bailed out. Mullane told him "go ahead, I’m right behind you". 1st.Lt. Mullane and T/Sgt. Baucom were not seen again. There was speculation among the surviving crew members that they had died at the hands of German civilians.

A General Military Government Court which was held at Ludwigsburg in Germany between the 4th and 8th December 1945, charged three German nationals, two civilians and a soldier, with the killing of three unknown members of the United States army, at or near Niederseelbach, on or about the 19th October 1944, who were then unarmed, surrendered PoWs in the custody of the then German Reich.

The timing and location of the killings makes it probable that 1st.Lt. Mullane and T/Sgt. Baucom were two of the three unknown victims. This probability is strengthened by the location of their remains at the Niederseelbach cemetery.

Although there are some indications that 1st.Lt. Mullane may have stayed at the controls to the last, perishing in the crash, there is the fact that the Ludwigsburg court spoke of three murder victims. Since research was able to account for the fate of all other casualties, the only way to explain the existence of three murder victims at Niederseelbach is to assume Mullane was one of them. His Individual Deceased Personnel File (IDPF), if and when available, may allow a more definite statement.

The accused were Fritz Amstutz who was a former member of the Nazi party and an SA (Sturmabteilung) Scharführer (Sergeant) and Robert Schauer who was the former burgomeister of Engenhahn and Niederseelbach and also a Ortsgruppenleiter (Local Nazi group leader). A third accused was Willi Christ who was a former Wehrmacht soldier and was charged with the killing of one of the unknown victims.

Two of the unidentified airmen landed near Engenhahn and the third near Niederseelbach. The trial Review and Recommendations (R&R) document implied that the three airmen were from the same aircraft. However, research has concluded that it is probable that one of the airmen came from B-24J 42-50842 Betsy II.

The court heard that the airman who had landed near Niederseelbach was taken to the burgomeister before being locked in a room at the local Kindergarten. Christ and a man named Rücker proceeded to Engenhahn to collect the other two airmen and return with them to Niederseelbach. En route, they were met by Schauer who asked why the airmen had not been shot. Christ and Rücker continued on to Niederseelbach and turned over the airmen to Fuhrmann. The two airmen were locked in the same room at the local Kindergarten as the first airman.

Later that evening Fuhrmann and Amstutz arrived to move one of the airmen to Idstein, which is about 4 miles to the north of Niederseelbach. Amstutz was handed a pistol by Schauer. After collecting the airman they proceeded in the direction of Idstein. En route Fuhrmann shot and killed the airman. The two returned to Niederseelbach and collected the second airman and prepared to set off again toward Idstein. However, the airman was limping so a cart was obtained to carry him. En route Amstutz stopped to relieve himself, as he finished he heard two shots and found that Fuhrmann had shot and killed the airman. The two then returned to Niederseelbach.

The next morning Fuhrmann and Amstutz collected the third airman and proceeded to walk toward Idstein with Christ following along behind. En route Amstutz heard several shots and saw the airman fall to the ground. Christ admitted to having shot in the direction of the airman. After examining the body all three returned to Niederseelbach. Later, the three bodies were temporarily placed in a gravel pit and the next evening they we buried in the local cemetery at Niederseelbach.

It is clear from the R&R document that the prime suspect in the killing of the three airmen was the individual named Fuhrmann, however, it is not known why he was not in court and charged with the other three accused.

1st.Lt. Mullane and T/Sgt. Baucom were initially buried in graves 7 and 9 respectively at the Niederseelbach cemetery.

(2) 1st.Lt. Marshank and S/Sgt. Maxson recorded in their ICQ’s that T/Sgt. Perry was uninjured and was seen to bail out of the aircraft in the vicinity of Wiesbaden. He was not seen again. There was speculation among the surviving crew members that he had died at the hands of German civilians.

A General Military Court which was convened at Dachau, Germany during the period 10th January to 21st March 1947, charged (Charge No. 4 of 10) five German nationals that they did, on the 19th October 1944, at or near Wiesbaden, Germany, willfully, deliberately and wrongfully encourage, aid, abet and participate in the killing of a member of the United States army, believed to be Sgt. Willard F. Perry, ASN 36591162, who was then and there a surrendered and unarmed PoW in the custody of the then German Reich.

Those charged were Jürgen Stroop, the former Higher SS (Schutzstaffel) and Police Leader in the SS main district of Rhein-Westmark and former SS Generalleutnant (Major General) of the Waffen SS; Hans Trummler who was a former SS Oberführer (Notionally the same level as a Brigadier General), an Oberst (Col.) in the police and commander of the Security Police and the SD (Security Service of the SS) in the district of Rhein-Westmark; an Otto Somann who had been Trummler’s predecessor; a Wilhelm Adolf Höhler who was a former Criminal Police agent detached to the Gestapo and an Arthur Führ who had been working for the Wiesbaden Gestapo as a driver and motor mechanic and was a former SS Master Sergeant (probably an SS Stabsscharführer).

The court heard that Trummler ordered a Gestapo agent, Kriminaloberassistent Richard Freundt and Arthur Führ to kill a captured American airman who was being held at the Gestapo headquarters in Wiesbaden. After dark Freundt and Führ, accompanied by Höhler drove the airman in an official car toward Oberursel, near Frankfurt. On the Wiesbaden to Frankfurt road, near an inn named Zum Wandersmann (The Wanderer or The Hiker), the airman was ordered out of the car and then shot by Freundt. They then went to find the local Gendarme (Rural policeman) and ordered him to have the airman buried, which was done that same night in the cemetery of Wallau. Returning to Wiesbaden they reported the execution of the order to Trummler. The next day Höhler submitted a written report to Trummler stating the airman was shot while trying to escape

Stroop was subsequently extradited to Poland and executed there for other crimes on the 6th March 1952 and Trummler was executed on the 22nd October 1948 at Landsberg in Bavaria.

Somann was found not guilty on this charge but was found guilty of 2 of the 10 charges and sentenced to 4 years imprisonment commencing on the 30th May 1945. He was released in May 1949.

It is clear from the R&R document that the prime suspect in the killing of T/Sgt. Perry was the individual named Freundt, however, it is not known why he was not in court and charged along with the other accused.

T/Sgt. Perry was identified after being exhumed from a cemetery in Wallau on the 14th December 1945. 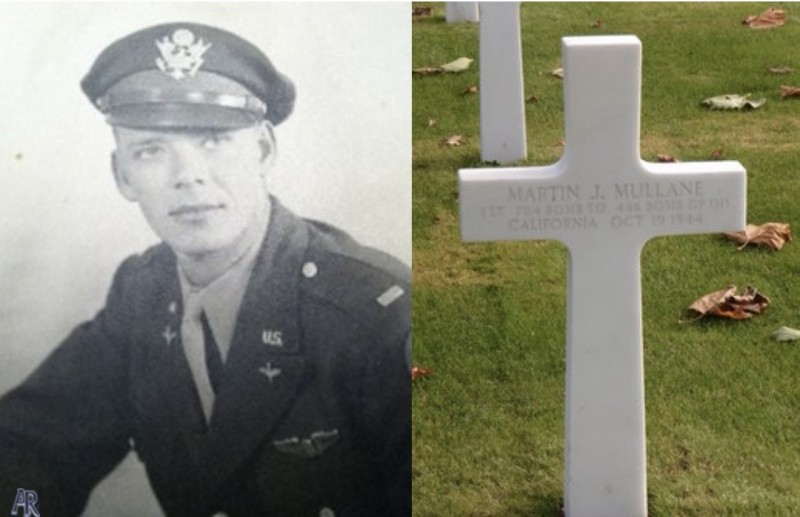 Researched by Ralph Snape for Aircrew Remembered and dedicated to the relatives of this crew with thanks to Traugott Vitz for his work on the ‘VitzArchive’ and for his valued research and advice in compiling this report.

All site material (except as noted elsewhere) is owned or managed by Aircrew Remembered and should not be used without prior permission.
© 2012 - 2021 Aircrew Remembered Last Modified: 03 April 2021, 12:24
If you would like to comment on this page, please do so via our Helpdesk. Use the Submit a Ticket option to send your comments. After review, our Editors will publish your comment below with your first name, but not your email address.