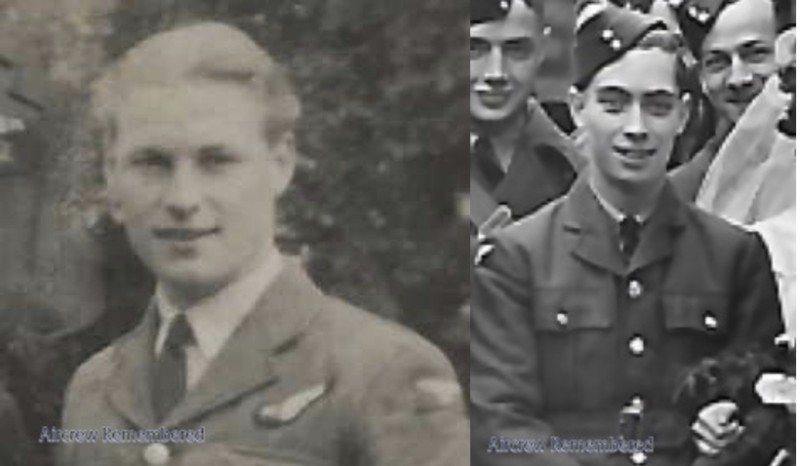 Above left to right: Sgt William E. Oliver; Sgt. Frank W. Farnell, as an airman under flight training, clipped from his wedding photograph after his marriage to Rosemary C. Webster. (Credit: Simon Oliver)

Took off at 22:34hrs. from RAF Melbourne, Yorkshire. After a 9-day break in major operations, Bomber Command dispatched 826 aircraft to Dortmund - a record number of aircraft in a "non-1,000" raid so far in the war and the largest raid of the Battle of the Ruhr. The force comprised of 343 Lancasters, 199 Halifaxes, 151 Wellingtons, 120 Stirlings and 13 Mosquitoes. 38 aircraft - 18 Halifaxes, 8 Lancasters, 6 Stirlings, 6 Wellingtons - were lost.

The Pathfinders marked the target accurately in clear weather conditions and the ensuing attack proceeded according to plan. It was a very successful raid. Many industrial premises were hit, particularly the large Hoesch steelworks, which ceased production. 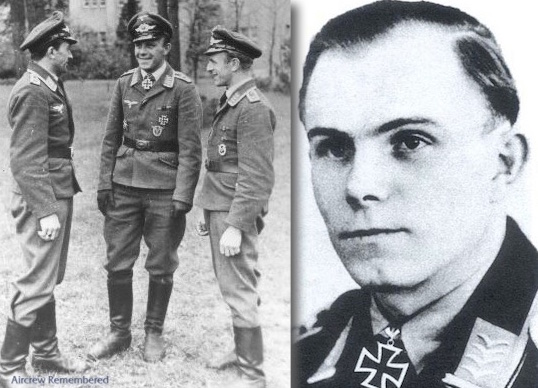 This was the 11th victory of his career (he had two confirmed kills on this raid alone, this Halifax DT789 and also a 214 Squadron Stirling BF478. He was killed after 31 confirmed night victories when on the 20th/21st July 1944 he crashed following an interception by a Mosquito NT113 from 169 Sqn flown by Wg Cdr. Bromley OBE DFC. and Flt Lt. Truscott DFC, both of whom were also killed on the 6th September 1944 after their Mosquito VI PZ230 exploded in the air, the aircraft crashed at Acuum near Wilhelnshaven.

Sgt. Frederick Charles Rose’s body was recovered on the 8th July 1943 at Neufelderkoog and he was initially buried at Brunsbuttel, Germany. Now commemorated on the Runnymede Memorial as probably unable to positively identify the body post war during exhumation.

Researched by Aircrew Remembered, researcher and specialist genealogist Kate Tame for relatives of this crew. With thanks to the sources quoted below. Also to Jack broom for details on Mosquito PZ230 (5th September 2015). Thanks to Simon Oliver and family for the photograph of his cousin, twice removed, Sgt. Oliver and for the image of Sgt. Farnell courtesy of the family of his widow (Jun 2021). NoK details for Sgt. Farnell updated by Aircrew Remembered (Jun 2021).

At the going down of the sun, and in the morning we will remember them. - Laurence Binyon
All site material (except as noted elsewhere) is owned or managed by Aircrew Remembered and should not be used without prior permission.
© Aircrew Remembered 2012 - 2021 Last Modified: 16 June 2021, 05:07