Page sponsored by W/Cdr. (Ret) Terry Adcock and family - relatives of Sgt. Raymond Charles Coley. Any relatives of the crew are welcome to contact us with further information.

493 aircraft were detailed to bomb Cologne - with 23 from 460 Squadron. 331 Lancasters, 144 Halifaxes and 18 Mosquitoes taking part. 15 other Mosquitoes carried out a feint attack just prior to the main raid.

The night fighters were alerted but incredibly not able to locate the allied bombers who bombed the target area. Most of the bombs falling short on the southern district of the city. It was an Oboe led raid with bombing through thick cloud.

An ammunition train was blown up in the area of Klettenburg with the loss of some 98 Germans - along with some other foreign nationals, although that number is not recorded.

Taking off at 18:02 hrs from RAF Binbrook, nothing further was heard from the crew. It is quite possible that they may have been hit from bombs dropped from other aircraft above - but this is purely speculation. We have found no flak reports claiming this aircraft. 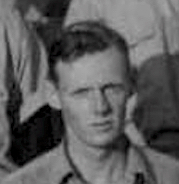 However, another Lancaster was nearly lost when hit by incendiary bombs from above:

The pilot managed to return to base landing at 23:20 hrs. Keith Finlay DFC retired as a Fl/Lt on the 17th December 1945. Frank D'Alton recovered from his wounds and returned to service.

Two aircraft were lost after suffering a mid air collision:

578 Squadron Halifax III NE1293 LK-V Flown by 28 year old, P/O. Vincent William Mathias NZ/426055 RNZAF - killed with all 6 other crew members. A memorial was later placed at the crash site at Bocholterweg in the Netherlands to both the crews.

103 Squadron Lancaster I LL964 PM-H was hit by flak over the target area, but the pilot 20 year old, Fl/Sgt. Jackson Chartis Cooke CGM R/173576 RCAF managed to crash land his aircraft behind allied lines with all the crew escaping injury. Tragically most of his crew, including himself were killed later that month over Dortmund - during a mid-air collision. (His Conspicuous Gallantry Medal was awarded for the Köln return operation)

It is thought that most of this crew had completed a tour and had decided to continue on their second rather than be posted for training or other duties.

Sgt. John Haley. Rheinberg War Cemetery. Grave 2.K.13. Son of William and Edith Haley, of West Bowling, Yorkshire, England. Grave inscription reads: "Lord He Was Thine, Not Mine. I Thank You For The Previous Loan Afforded Me So Long".

(1) Note: The birth date shown is the birth date he declared on enlisting - his actual birth date is the 29th December 1925, making him just 16 years old when enlisting in the RAAF! In addition, many postings on the internet state that he survived the crash only to be murdered by civilians or others whilst trying to evade. We don't believe that there is any such truth in these reports and that he did in fact die along with all his crew members on the date listed above. 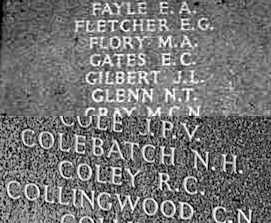 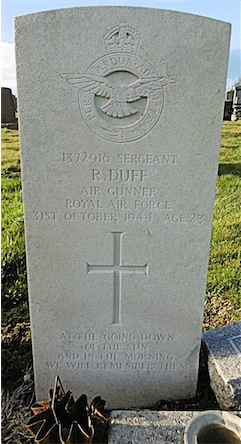 Sgt. Robert Duff. Markinch Cemetery (St. Drostan's). Compt. F. Grave 140. Son of Robert and Margaret Duff and husband of Helen Duff, of Methilhill, Fife, Scotland. Grave inscription reads: "At The Going Down Of The Sun And In The Morning We Will Remember Them".

Researched and dedicated to the relatives of this crew with thanks to the research by Errol Martyn and his publications: “For Your Tomorrow Vols. 1-3”, Auckland War Memorial Museum, Australian National Archives, grave photographs courtesy Mitch Buiting and Des Philippet.

At the going down of the sun, and in the morning we will remember them. - Laurence Binyon
All site material (except as noted elsewhere) is owned or managed by Aircrew Remembered and should not be used without prior permission.
© Aircrew Remembered 2012 - 2021 Last Modified: 03 April 2021, 17:02