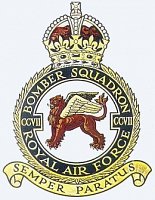 Part of a force of 360 Lancaster's to attack Hannover - LM326 took off from Spilsby, Lincolnshire at 17.16hrs. The weather over Germany was extremely bad and as such the force encountered little opposition on the route to the target. However, once over the target German night fighters intercepted and 18 Lancaster's were lost. 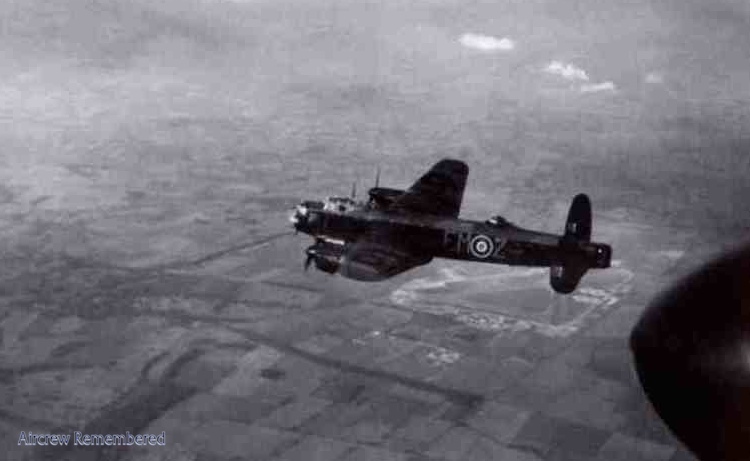 LM326 on an earlier flight over England. (courtesy of Mike Burton)

The raid was not a success due to the weather with much of the bomb load being dropped in open country. north and north west of the city.

The squadron lost another crew on this operation. Lancaster W4276 EM-L Flown by 26 year old P/O. Bruce L. Negus AUS/414072 RAAF, from Auchenflower, Queensland, Australia - killed, with all but one of his crew. 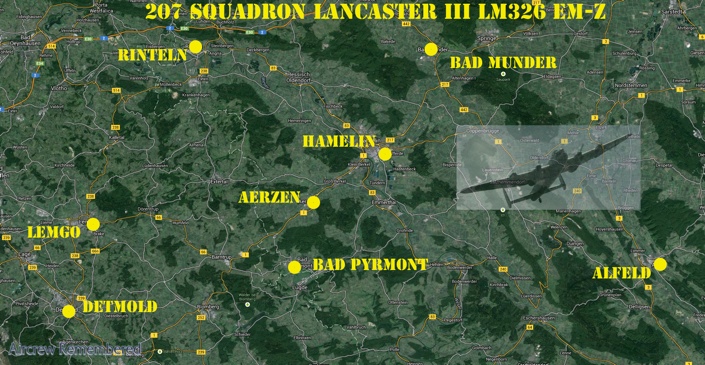 The Lancaster was shot down at 20.26hrs at a height of 6.200m over Aerzen which is 50km south west of Hannover. (see map) Hptm. Friedrich-Karl Muller of JG300, survived the war with a total of 30 kills. 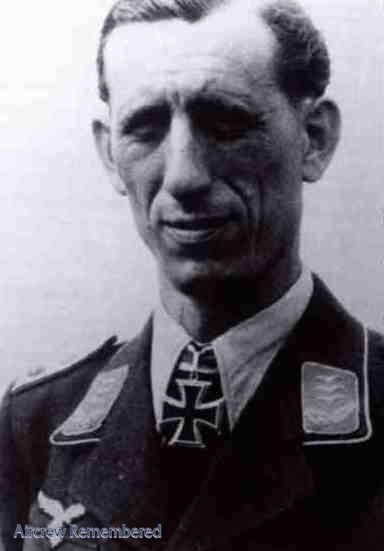 None - all survived as PoW (prisoner of war)

At the going down of the sun, and in the morning we will remember them. - Laurence Binyon
All site material (except as noted elsewhere) is owned or managed by Aircrew Remembered and should not be used without prior permission.
© Aircrew Remembered 2012 - 2021 Last Modified: 30 June 2016, 18:02