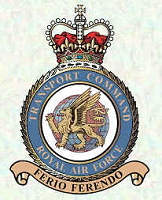 On a delivery flight from Quebec to England via Iceland.

Taking off at 08:30 hrs. and immediately stalled and crashed onto the airfield and caught fire. No further details as to why the aircraft stalled.

(1) Woodfield Lake southwest of Mcpherson Lake was named after P/O. Woodfield in 1994

(2) His brother, 22 year old Sgt. Roderick Taylor NZ/40781 RNZAF was posted as missing on the 04th May 1941. No: 1 Coastal Command Operational Training Unit Hudson I N7304 stalled and crashed into the Solway Firth off Silloth - all six crew lost their lives.

F/O. John Barker Taylor. Reykjavik (Fossvogur) Cemetery, Iceland. Grave C46. 5. Born on the 3oth January 1915 at Auckland. Worked as a assistant electrical engineer for PWD (hydro-electric) branch prior to service. After serving in the NZ territorial army he enlisted as a pilot under trains on the 04th May 1941 at Levin. Remustered as an observer on the 01st September 1941. Embarked for training in Canada on the 20th October 1941. Observer badge an commission awarded on the 05th September 1942. Son of Albert and Evelyn Taylor (née Barker), of Epsom, Auckland City, New Zealand. Husband of Gladys Muriel Taylor (née Smith) of Winnipeg, Canada.

Researched and dedicated to the relatives of this pilot with thanks to Jenifer Lemaire and to the extensive research by Errol Martyn and his publications: “For Your Tomorrow Vols. 1-3”, Auckland Library Heritage Collection, AWMM, Weekly News of New Zealand, other sources as quoted below:

At the going down of the sun, and in the morning we will remember them. - Laurence Binyon
All site material (except as noted elsewhere) is owned or managed by Aircrew Remembered and should not be used without prior permission.
© Aircrew Remembered 2012 - 2021 Last Modified: 06 April 2021, 20:32