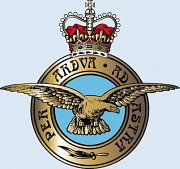 Taking off at 01:15 hrs, alone on a special duties flight to Namur. Once over the target area in the specially adapted Whitley (an inward opening door to enable paratroopers to exit) they dropped their cargo, a special agent by the name of Gaston Poplimon and proceeded on their return trip.

Very quickly after the drop they were hit by anti-aircraft fire which took out one of the engines. Losing height rapidly the pilot decided the only option was to try and make a forced landing. This they did, close to the village of Cognolée.

The crew all survived unhurt and attempted to destroy the aircraft - which they partially did succeed in. However, the complete crew were shortly captured and taken PoW - remaining in captivity for the rest of the war. All members of various committees to enable others to escape. 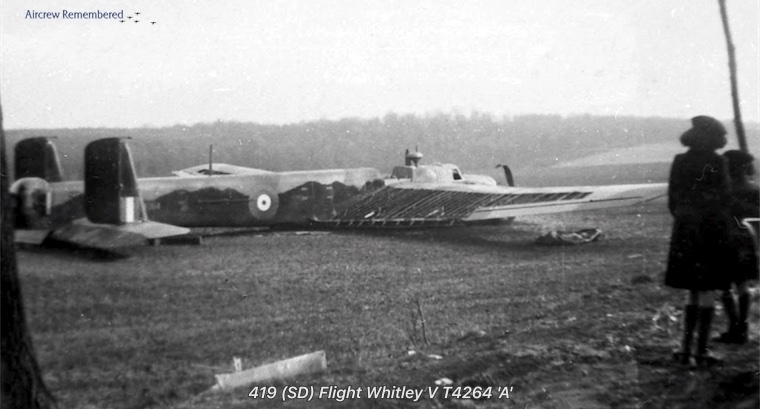 Although the Germans were not able to re-use the aircraft - they decanted the remaining fuel as shown below.

(1) When formed in 1940, 419 (SD) Flight consisted of 2 Lysanders and 1 Specially modified Whitley V fitted with long-range fuel tanks and modified for dropping supplies. In February 1941 they added a further 2 Whitleys and the flight was renamed 1419 (SD) Flight. Eventually, in August 1941 they were given Squadron status and renumbered 138 Squadron and in March 1942 moved to their permanent base at RAF Tempsford. 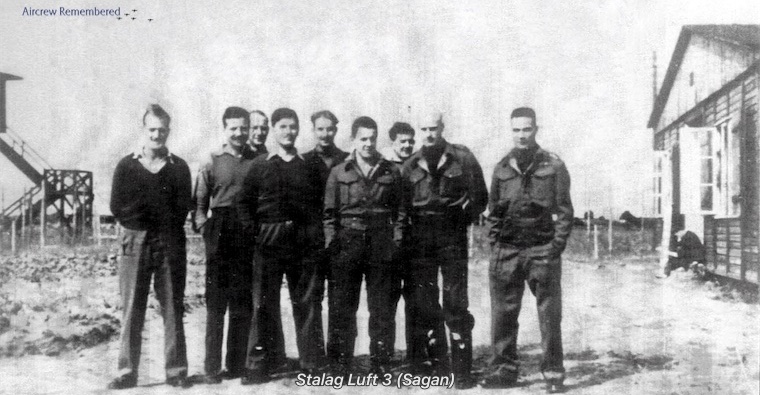 (2) Born on the 07July 1916, F/O. Eric Neil Baker had a brother, F/O. Ronald Baker who was sadly killed on the 20th October 1943 whilst serving with 485 Squadron, flying Spitfire EN559. Also over Belgium less than 100 km by air away. He flew on this operation to learn pinpoints and routes for his future special duty operations. Sadly Eric passed away on the 05th May 2008 at Whakatane, New Zealand, age 91 leaving 4 children, Sally, Judy, Neil and Colin. Married to Gwendolyn Margaret Baker (née Hughes) who served as a WREN during the war years in England. During his PoW period he shared his room with F/O. Vivian Kelly 77532 RAF PoW No: 113. (no details found) and P/O. David Ernest Thomas Osment 40742 RAF PoW No: 506.Further details here. 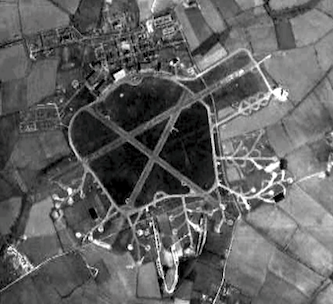 (4) F/O. Kenneth Stanley McMurdie was a member of the clothing department team during his term in Stalag luft 3.

(5) Sgt David Harold Bernard Retired as a W/Cdr on the 23rd May 1975. Awarded the MBE in 1966. An active member in the Stalag luft 3 on the tunnel construction team (Great Escape fame).

(6) Sgt D.W. Davies was a member of the propaganda team during his term in Stalag luft 3.

None - all the crew survived as PoW.

Please note: Further information may be forthcoming from the family of Fl/Lt. Baker who we are in contact with. For further details our thanks to the sources as shown below.

At the going down of the sun, and in the morning we will remember them. - Laurence Binyon
All site material (except as noted elsewhere) is owned or managed by Aircrew Remembered and should not be used without prior permission.
© Aircrew Remembered 2012 - 2023 Last Modified: 06 February 2022, 13:32