Taking off from RAF Wyton, Cambridgeshire at 19:36 hrs on a nuisance operation to Berlin. Nothing was heard from the crew after take off. Several crews abandoned the operation due to adverse weather conditions - this crew continued.

However, it seems likely that on their return they collided with a 617 Squadron Lancaster JA981 EC-J Flown by 23 year old, Sq/Ldr. David John Hatfeild Maltby DSO. DFC. 60335 RAFVR lost with all other seven crew members.

The collision is thought to have occurred during their return at about 00:40 hrs when the Lancaster, that had been planned for on an operation to Ladbergen was recalled due to fog over the target.

Weather conditions at this time were heavy cumulonimbus clouds (associated with heavy torrential downpours, hail storms, lightning). It is thought they came down over †he North Sea some eight miles North East of Cromer in Norfolk. Only the pilot's body of the Lancaster was recovered from both aircraft - by an Air Sea Rescue launch from No. 24 ASR based at Gorleston, Norfolk. 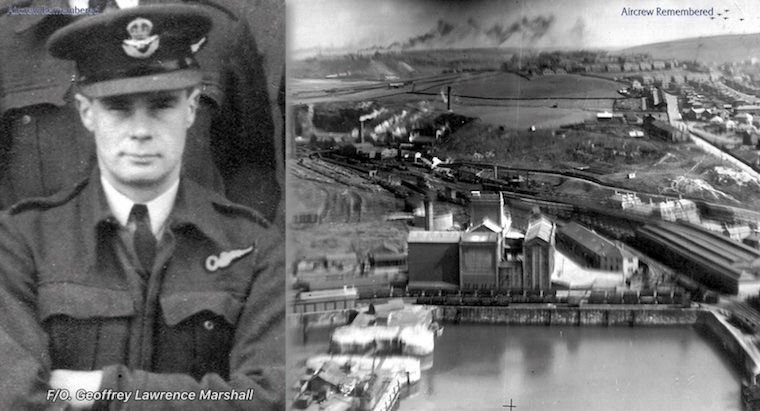 The remaining nine crew members from both aircraft are remembered on the Runnymede Memorial. 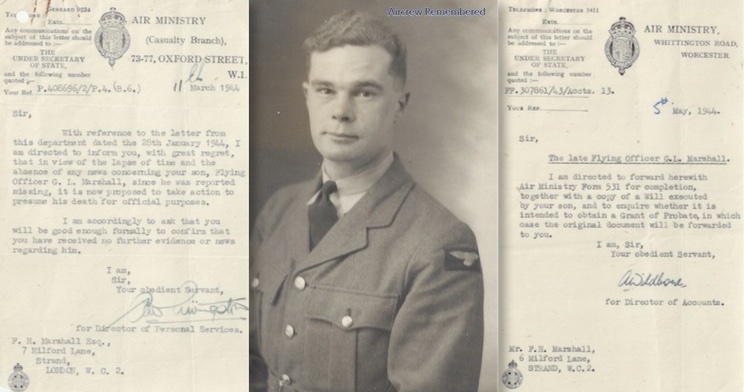 Researched for and dedicated to the relatives of this crew with thanks to Shelley Marshall whose husband is the nephew of the navigator. Photographs also supplied by the family. Sources used indicated below.

At the going down of the sun, and in the morning we will remember them. - Laurence Binyon
All site material (except as noted elsewhere) is owned or managed by Aircrew Remembered and should not be used without prior permission.
© Aircrew Remembered 2012 - 2023 Last Modified: 24 March 2021, 21:16