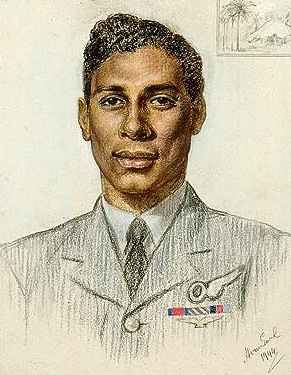 Ulric Cross is thought to have been the most decorated Caribbean airman of the Second World War; he went on to enjoy a distinguished career in Trinidad as a judge and diplomat.

Cross was working for Trinidad Railways when the war broke out, and was anxious to play his part. ‘The world was drowning in Fascism and America was not yet in the war,’ he later recalled. ‘So I decided to do something about it and volunteered to fight in the RAF.’

Philip Louis Ulric Cross was born on May 1 1917 in Port of Spain, Trinidad, and won a government scholarship to St Mary’s College. His first job was with the Trinidad Guardian before he spent four years working in a solicitor’s office. In 1941, after three years working for the railway, he joined the RAF and sailed for England.

Cross trained as a navigator at Cranwell before joining No 139 (Jamaica) Squadron, equipped with the Mosquito – many of the aircraft were paid for by donations made by the citizens of Jamaica. Cross was in fact then the only West Indian on the squadron, where his comrades gave him the fond nickname ‘The Black Hornet’.

He made a number of precision daylight attacks at low level over France and Germany before No 139 converted to night operations with Bomber Command’s Pathfinder Force. The squadron supported the main bomber force, dropping ‘window’ electronic countermeasures to confuse German radars, before embarking on a number of ‘spoof’ raids on other targets with the aim of drawing the Luftwaffe night fighter force away from the main target to be attacked by the heavy bombers.

On the night of August 18 1943, Cross and his pilot, Roy Crampton, took part in a diversionary raid against Berlin as the main force attacked the German rocket testing facility at Peenemunde. Over Berlin, the starboard engine of their Mosquito was hit by flak when they were flying at 30,000ft and it had to be shut down. The two men then flew their damaged aircraft 500 miles back to base on one engine, all the time steadily losing height. They landed at the first available airfield in Norfolk, where the aircraft careered across the field and came to a stop at the edge of a quarry.

November 1943 saw the start of the Battle of Berlin, and Cross made 22 sorties to the ‘Big City’ in the high-flying Mosquito. The squadron became part of the Light Night Striking Force, identifying targets for the main bomber force with the new marking aid ‘Oboe’. Having completed 30 operations Cross was eligible for a rest, but he volunteered to carry on. He also declined to be rested after 50 operations, when he was awarded a D.F.C.

During April 1944 he attacked targets in the Ruhr, and when Bomber Command’s heavy bomber squadrons were diverted to support the D-Day offensive, Cross and his colleagues continued to mount ‘nuisance raids’ over German cities with the aim of denying sleep to the factory workers and forcing the German military to retain thousands of men on air defence duties.

Finally, after completing 80 operations over enemy territory, Cross was rested at the end of 1944, and shortly afterwards was awarded a D.S.O. for his ‘fine example of keenness and devotion to duty’ and his ‘exceptional navigation ability’.

He was then seconded to the Colonial Office as the liaison officer for colonial forces in the RAF. He left the service as a squadron leader in 1947 to study Law at Middle Temple, and was called to the Bar in 1949.

For four years Cross was legal adviser to the Controller of Imports and Exports in Trinidad and Tobago before becoming a lecturer at the University of West Indies in Trinidad.

Cross then went to Tanzania, where he was Dean of the Law School in Dar-es-Salaam. Four years later he returned to Trinidad, where he served as a judge of the High Court and, from 1979, of the Court of Appeal. His work as chairman of the Law Reform Commission of Trinidad was acknowledged by the country’s Prime Minister, who observed: ‘Some of his judgments changed the landscape of Trinidad and Tobago.’

In 1990 Cross became his country’s High Commissioner in London, a post he held for three years, he combined this appointment with those of Ambassador to Germany and to France.

On his return to Trinidad, Cross was active in a number of charitable causes, including the Cotton Tree Foundation to aid the deprived, and in 2011 he received his nation’s highest award, the Order of the Republic of Trinidad and Tobago. In the same year the local military airbase at Piarco was renamed the Ulric Cross Air Station. 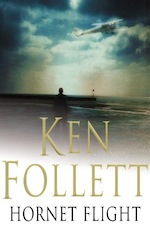 The thriller writer Ken Follett based the character of the black squadron leader, Charles Ford, on Ulric Cross in his book Hornet Flight, published in 2002.

Ulric Cross’s wife, Ann, survives him with a son and two daughters.

Add us to your address book. Click here
© 2012 - 2022 Aircrew Remembered - All site material (except as noted elsewhere) is owned or managed by Aircrew Remembered and should not be used without prior permission.
• Last Modified: 01 January 2014, 00:00 •