Taking off at 17:15 hrs from AF Balderton in Nottinghamshire to lay airier mines in the Kiel Canal area.

No details on how it was lost but probably by anti-aircraft fire coming down at about 21:00 hrs at location shown. 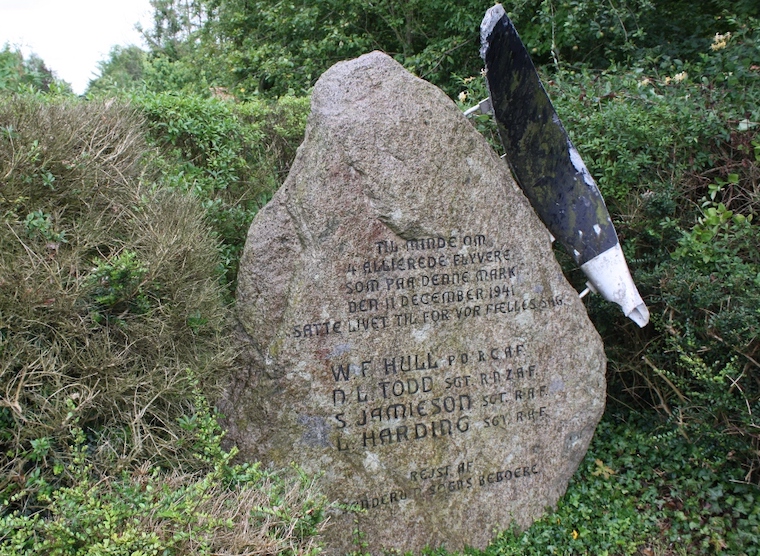 The above monument for the crew is placed near the church at Sanderum and photographed by Niels Brandt in July 2012. 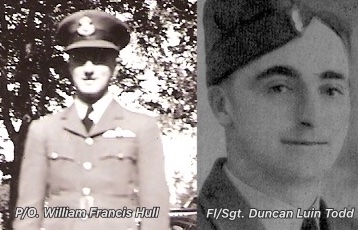 Researched by Jenifer Lemaire of New Zealand for Aircrew Remembered - April 2019. With thanks to the research by Errol Martyn and his publications: “For Your Tomorrow Vols. 1-3”, Auckland War Memorial Museum, Weekly News of New Zealand, Eileen Lindsay for photo of the pilot and Niels Brandt for memorial photographs, other sources as quoted below:

At the going down of the sun, and in the morning we will remember them. - Laurence Binyon
All site material (except as noted elsewhere) is owned or managed by Aircrew Remembered and should not be used without prior permission.
© Aircrew Remembered 2012 - 2021 Last Modified: 15 March 2021, 18:28