Escorting bombers that were attacking Shell factory at Marquis. During combat with JG26 Luftwaffe, shot down.

During the same operation at least eight others also suffered a similar fate with 3 pilots killed or missing, 4 taken PoW with one other baling out over Portsmouth, wounded but surviving.

Pilot taken PoW in the Pihen area in northern France. 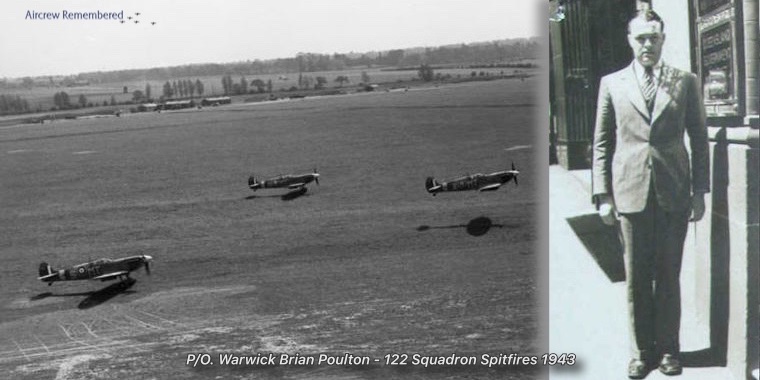 None - P/O. Poulton survived the war as a Pow. Born on the 02nd July 1921 at Sydney, New South Wales, Australia. A Real Estate Agent prior to service to which he enlisted on the 05th July 1940 at Sydney. Joined 122 Squadron from 57 Operational Training Unit on the 26th September 1941, His training consisted of:

At the going down of the sun, and in the morning we will remember them. - Laurence Binyon
All site material (except as noted elsewhere) is owned or managed by Aircrew Remembered and should not be used without prior permission.
© Aircrew Remembered 2012 - 2021 Last Modified: 20 March 2021, 11:25