Not lost, damaged and returned:

Taking off at 22:47 hrs to take part in the second large 1000 bomber raid on Essen, although the full quota could not be mustered on this night - 956 aircraft did take part made up from 545 Wellingtons, 127 Halifaxes, 77 Stirlings, 74 Lancasters, 71 Hampdens, 33 Manchesters and 29 Whitleys making up the force. 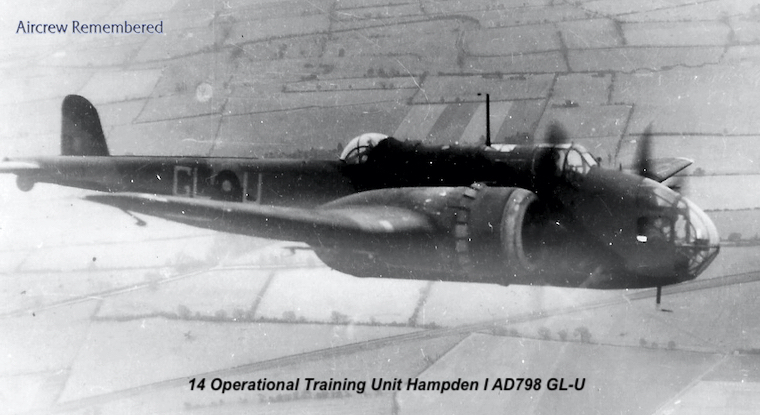 The ground was covered in haze or low cloud resulting in very scattered bombing. Reports from Essen stated that 11 houses were destroyed and 184 damaged. A PoW camp was burnt out - this all resulted in 15 people killed and 91 injured. The scattering of the bombing also killed 83 people in Oberhausen, 52 killed in Duisburg and 15 killed in Mülheim.

The raid took a huge toll on the bomber force with 35 aircraft lost. A total of 140 aircrew were killed and 47 made PoW.

Mr. Wetering de Rooij wrote this for his page:

'As the husband of Ann Gray - Wetering de Rooij, daughter of Squadron Leader Charles Wilfred Gray DFC, I have been witness of many animated personal war stories told at Wilfred’s local in Hollingbourne, Kent, among a small weekly group of wartime RAF 'old boys'. I am referring to the mid-1970’s and 1980’s, during which years his daughter Ann was still occasionally hi-jacked by her widowed father to accompany him to the various do’s and get-togethers of the '50'.

After Wilfred’s death in 1993, we moved to Portugal, with, in our baggage, some of his belongings, carefully packed away, remaining untouched until recently, when some war diaries came to light. Reading same recalled many stories that we heard a number of times, over a Saturday pint, so many years ago.

The Portuguese name “Salazar, F/L”, used by Wilfred in his notes about the second wave of 'The Thousand', with destination Essen, drew our renewed curiosity.

The story (and, as we found out, the wrong identification of this F/L) inspired us to quote relevant text from Wilfred’s diaries hereunder, as it might be of interest to others.

'An operation was planned for the Sunday night but was scrubbed' (Note: This is the Sunday night, after the first 'Thousand' - wave of Saturday 30th May 1942 to Cologne, when Gray was crewed with David Bell DFC. 30 year old, Sq/Ldr. Bell was killed flying Oxford AS904 during an air test on the 03rd June 1942)

I had not been included, but asked the C/O. if I could fly.

The result was that I was crewed with Fl/Lt. Salazar (said to be the nephew of the Prime Minister and Dictator of Portugal) and got rather more than I had bargained for.

We took off on the night of Monday 1st June, on the next Thousand Raid, this time on Essen. Again it was an all staff crew, except for me. Salazar was quite crazy - an individual war winner.

On the Hampdens a forward firing Browning could be fitted which the pilot could fire. This 'Sally' did when we got to the balloon and searchlight barrage guarding the Ruhr, and ordered us to shoot at the balloons. Several were hit. Once through we moved quickly on to the target - dropped our incendiaries and then after stooging around also dropped our two 250 lb. wing bombs.

Then we dived down, as 'Sally' said - 'we are going to have fun - let’s shoot up the barges on the river'.

The result was we were coned in searchlights, shot at by light anti-aircraft fire and hit several times as the following photographs show. (Note: Not attached. A crew-signed scrap of bullet pierced aluminium survived). The wireless operator and I were firing madly, literally shooting our way out - I shot off 1200 rounds and he did the same - dropping the ammunition pans over the side. Our Hydraulics were fractured and I was covered in oil but fortunately not one of us was injured.

The journey back was 'dicey' as our flaps had partly dropped and we didn’t know whether the undercarriage would go down. Anyway no-one was sorry to leave the Dutch coast and eventually after pumping the wheels down we landed safely at 04:30 hrs. Our losses were 31 aircraft and crew. 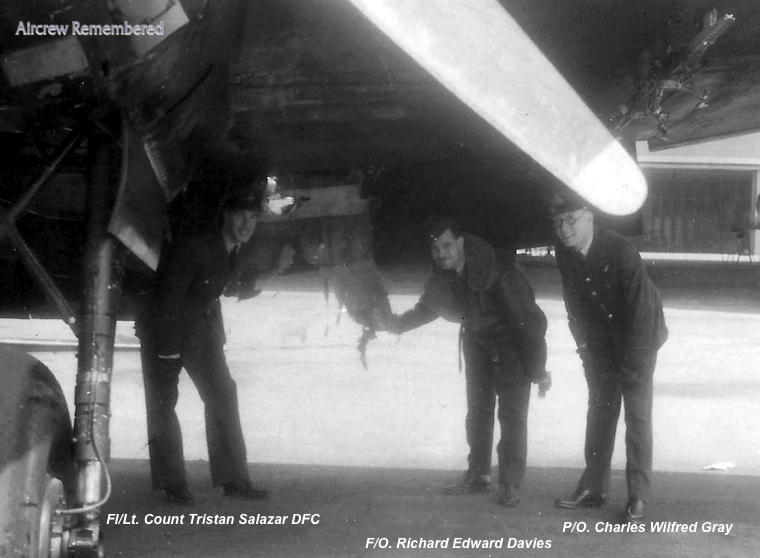 Following the Cologne and Essen raids, normal training resumed until the 25th June when we were on again on a mass raid on Bremen. This time I was with an all pupil crew - the pilot being Sergeant Colin Watt. (webmaster note: Colin Hugh Watt DFM AUS/407852 RAAF) He was a grand type of Australian and subsequently gained the unusual award of a 'Commission in the Field' for galant conduct. We all trained together doing N.F.T.’s and cross country exercises.

Salazar had been on leave but on return managed to get on the program - the only non-pupil crew. He asked me to transfer to his crew but I would’t as I didn’t think it would be fair to Colin and the other crew members, at that late stage. So I stayed put, which was just as well as 'Sally' and his crew were all lost - the only ones from Cottesmore that night”.

We hope this account is indeed of general interest'. 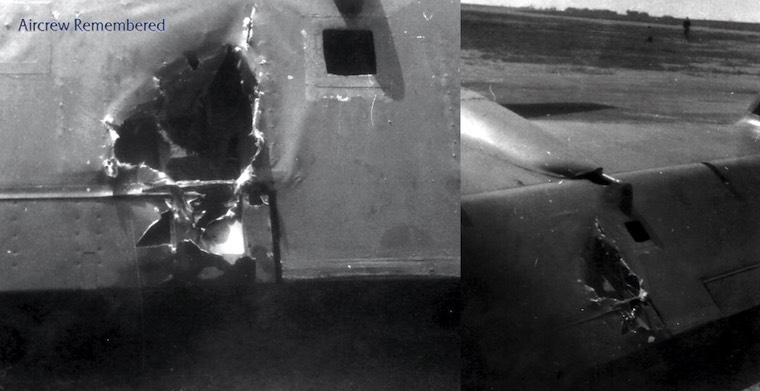 (4) Later awarded the DFC as a F/O. whilst with 50 Squadron. His DFC citation:

'Flying Officer Gray has completed a successful tour of operational duty. He has always displayed great keenness for operational flying. On several occasions his vigilance and reports have enabled his captain to take successful evasive action. Many of his sorties have been against Germany’s most heavily fortified objectives and he participated in the daylight raids on Le Creusot and Milan'.

None - all crew survived this operation.

Researched and dedicated to the relatives of this crew with thanks to Ken Ogilvie, Tristan Salazar (cousin of pilot) Valerie Davies Arends for photographs, Wetering de Rooij and Ann Gray. Other sources as quoted.

At the going down of the sun, and in the morning we will remember them. - Laurence Binyon
All site material (except as noted elsewhere) is owned or managed by Aircrew Remembered and should not be used without prior permission.
© Aircrew Remembered 2012 - 2023 Last Modified: 20 March 2021, 17:51