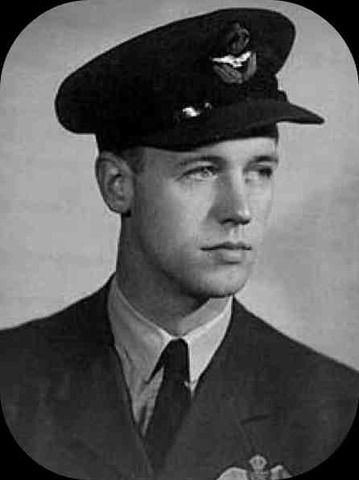 Ron Duckenfield, flew Hurricanes during the Battle of Britain and shot down three enemy aircraft; later he spent over two years in Rangoon Jail as a prisoner of the Japanese.

Duckenfield left for France on May 11 1940, a few days after joining No 501 Squadron. Flying in to reinforce the air component of the British Expeditionary Force, he was badly injured when the transport aircraft in which he was a passenger crashed on landing at Bethenville.

Evacuated back to England, he noted that “on my first visit to France, my feet never touched the ground‚”.

Duckenfield rejoined No 501 just as the Battle of Britain began.

Flying from Hawkinge on the Kent coast he was soon in action and shared in the destruction of a Stuka dive-bomber over Dover on July 29.

On August 15 he shot down a Dornier bomber and damaged a second.

Flying almost every day as the Battle intensified, he shot down two Messerschmitt Bf 109 fighters. He was mentioned in despatches.

Byron Leonard Duckenfield was born in Sheffield on April 15 1917, the son of a cavalryman serving in Mesopotamia. He was educated at the city Central School (where he first demonstrated an aptitude for languages) and, after a brief period as an assistant milkman, joined the RAF .

After a year which he described as, “the most rewarding of my RAF career” he was awarded the AFC.

In February 1942 he was appointed to command No 615 Squadron flying Hurricanes and a month later sailed with the squadron for India.

Flying from Jessore, operations against the Japanese commenced in December as the enemy advanced into the Arakan.

Duckenfield flew armed reconnaissance sorties and on December 27 led eight Hurricanes to attack Magwe airfield. Over the target his engine failed and he was forced to crash land in a creek 200 miles behind enemy lines. He was soon captured and put in solitary confinement before being taken to the notorious Rangoon Jail.

Despite the harsh treatment, Duckenfield decided to derive some benefits from his incarceration. With his flair for languages he started to teach himself Japanese and over the next two years created a Japanese/English dictionary: it was the beginning of a long association with the language and the people of Japan.

Finally, on May 2 1945, an RAF reconnaissance pilot flying over Rangoon Jail saw “Japs Gone” painted in large letters on the roof. Within days the skeletal prisoners were liberated.

After recuperating in England, Duckenfield returned to duty with the RAF. In 1947 he joined the British Forces of Occupation in Japan before attending the School of Oriental Studies, where he spent two years studying for a degree in Japanese.

In 1950 he returned to flying when he commenced a two-year appointment commanding No 19 Squadron flying the Meteor jet fighter.

After a number of staff appointments in the UK and overseas he returned to Japan to spend three years as the air attach√© in Tokyo before retiring from the RAF in June 1969.

Duckenfield joined Rolls-Royce and was appointed marketing manager for Japan, giving him many opportunities to return to the country. In April 1979 he became the company’s senior executive adviser for the Far East and was based in Tokyo for three years. His language skills and understanding of the country and its people was a great asset to the company.

During his long postwar association with Japan, Duckenfield gained an increasing respect for the Japanese people. He made many friends in the country and was admired for promoting Anglo/Japanese relations.

Duckenfield was awarded the Queen’s Commendation for Valuable Service in the Air. He retired from the RAF at the rank of Group Captain on 28 May 1969.

In retirement he was an avid walker, often covering fifteen miles a day. He also took on a number of commitments teaching and translating Japanese.

In 1980 he married, secondly, Virgie, who survives him with a daughter from his first marriage. A son who served in the RAF predeceased him.

Add us to your address book. Click here
© 2012 - 2022 Aircrew Remembered - All site material (except as noted elsewhere) is owned or managed by Aircrew Remembered and should not be used without prior permission.
• Last Modified: 02 July 2019, 13:14 •