Mary Ellis, who has died aged 101, was one of a pioneering group of women pilots who flew the latest fighter and bomber aircraft with the wartime Air Transport Auxiliary (ATA). She was one of the last surviving female pilots who flew during the Second World War.

Mary Ellis was one of 166 female ATA pilots, affectionately known as “Atagirls” because of their adventurous spirit and courage. When the ATA was opened up to women pilots in 1940, Mary, who had gained her flying licence, was well-qualified and, after hearing an advertisement on the BBC, she applied and was accepted. She joined in October 1941.

Initially flying light aircraft, she soon graduated to the more advanced types, which included the Hurricane and the Spitfire. Based at the all-female ATA pool at Hamble, near the Supermarine factory at Southampton, she made her first flight in the Spitfire. Years later she recalled, “as I taxied to the runway, it took only a few seconds for me to feel completely at home in this beautiful aircraft … I breathed deeply and closed the canopy over my head. I saw my blonde curls faintly reflected in its Perspex … I was already in heaven before I’d taken off … I was in the cockpit of a thoroughbred, which didn’t suffer fools gladly and was preparing to test me to the maximum …”

She flew another later that day: “What a great, great day, and it marked the fact that my life was one now driven by adrenalin and purpose.” 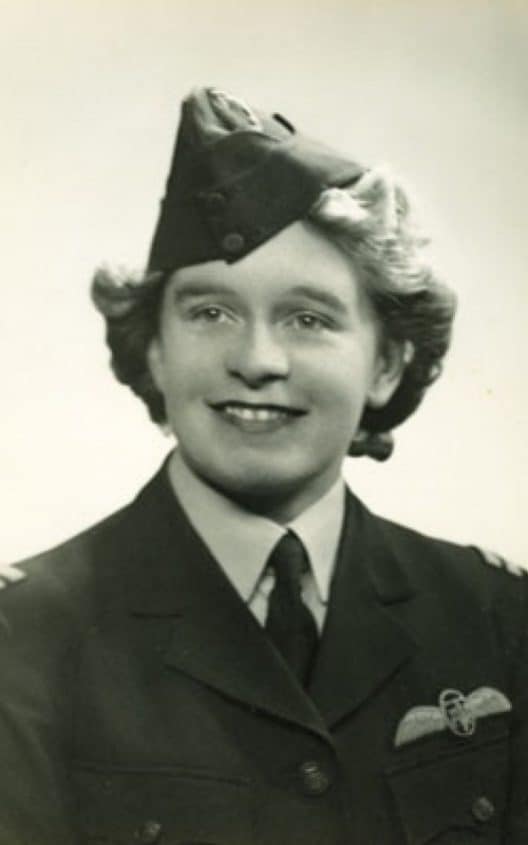 Mary Ellis had her pilots' licence by the time she was 16, and joined up

after hearing on the BBC that pilots were needed

She went on to deliver 400 of the fighters: “They truly are beautiful aircraft and have to be the most beautiful ever designed. A lady’s aircraft? Yes, no doubt.”

Mary described her work as “exhilarating and sometimes very dangerous” and she had her fair share of difficult moments. Flying over Bournemouth, she came under “friendly fire”, and on another occasion, when landing in very poor visibility, she almost collided with another Spitfire landing in the opposite direction. Once, the undercarriage of her Spitfire jammed and she had to make an emergency landing.

Using just a brief printed pre-flight checklist, the ATA pilots could be allocated a variety of aircraft to fly, often without previous experience of the type. Mary graduated to Wellington bombers. 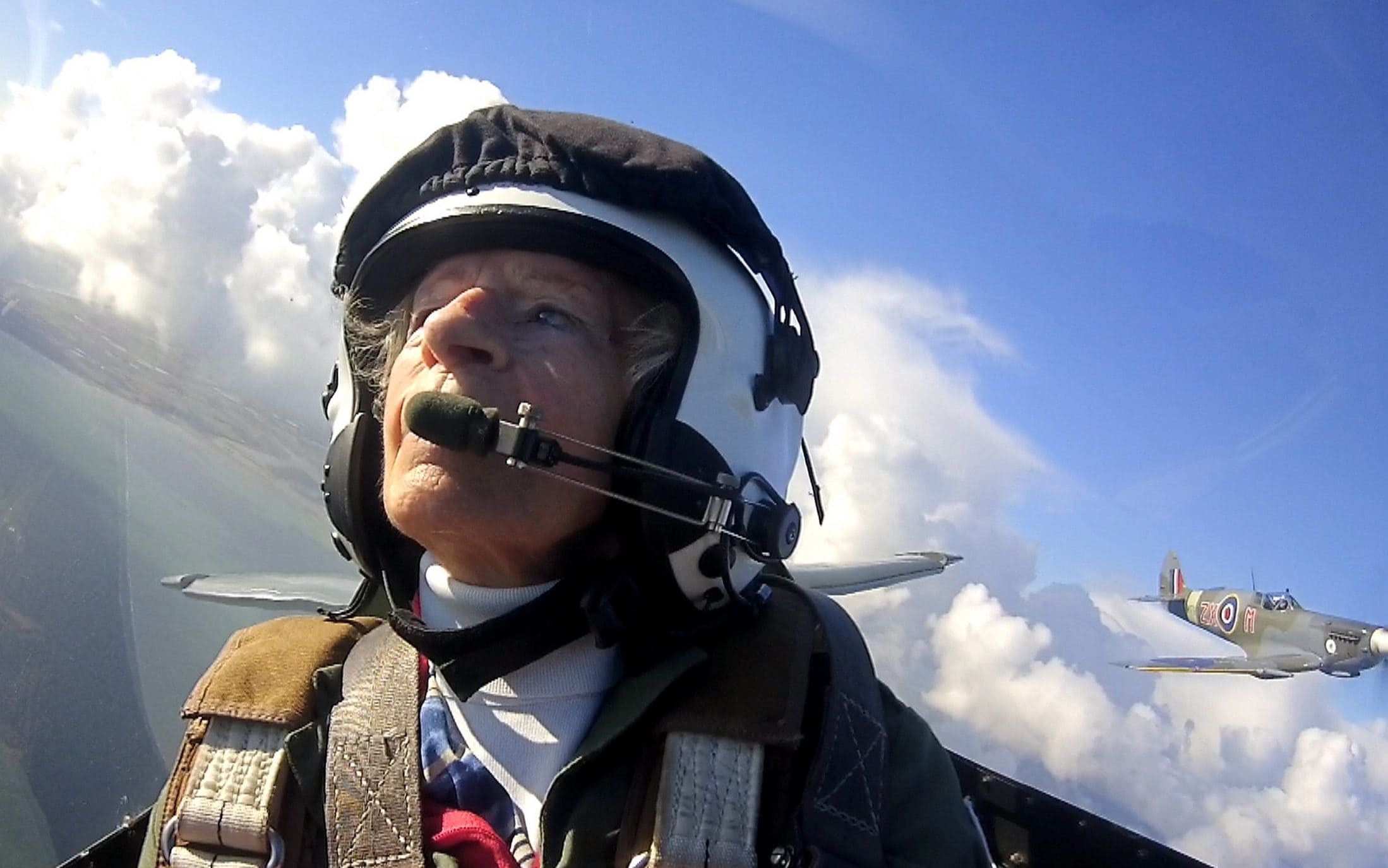 On one occasion, the small, slim Mary arrived at an RAF airfield, having delivered a Wellington to an airfield in East Anglia. As she climbed out of the aircraft the RAF controller approached her and asked to see the pilot. “I am the pilot,” she replied. Unconvinced, he searched the aircraft before realising she had flown the bomber by herself. By the end of the war, she had been promoted to first officer and had flown almost 1,000 aircraft and 76 different types.

As all ATA pilots, men and women, flew the same aircraft and faced the same risks, Sir Stafford Cripps arranged that the female pilots should receive equal pay with their male colleagues, and they rightly considered themselves pioneers of sex equality. Mary Ellis commented, “I suppose we were changing things”.

She was one of six remaining women serving in the ATA when it was disbanded at the end of 1945. For a brief period she was seconded to the RAF and was chosen as one of only three women to take the controls of the new Meteor jet fighter.

The daughter of a farmer, Mary Wilkins was born on February 2 1917 near the current RAF base at Brize Norton in Oxfordshire. She was educated at Burford High School. She won a prize for giving organ recitals in her local church and was a very keen tennis player – and remained so.

She was only eight years old when the Sir Alan Cobham Flying Circus visited her local area and she persuaded her father to allow her to make her first flight in an Avro 504. She became hooked on flying and was allowed to skip hockey sessions at school to take flying lessons. 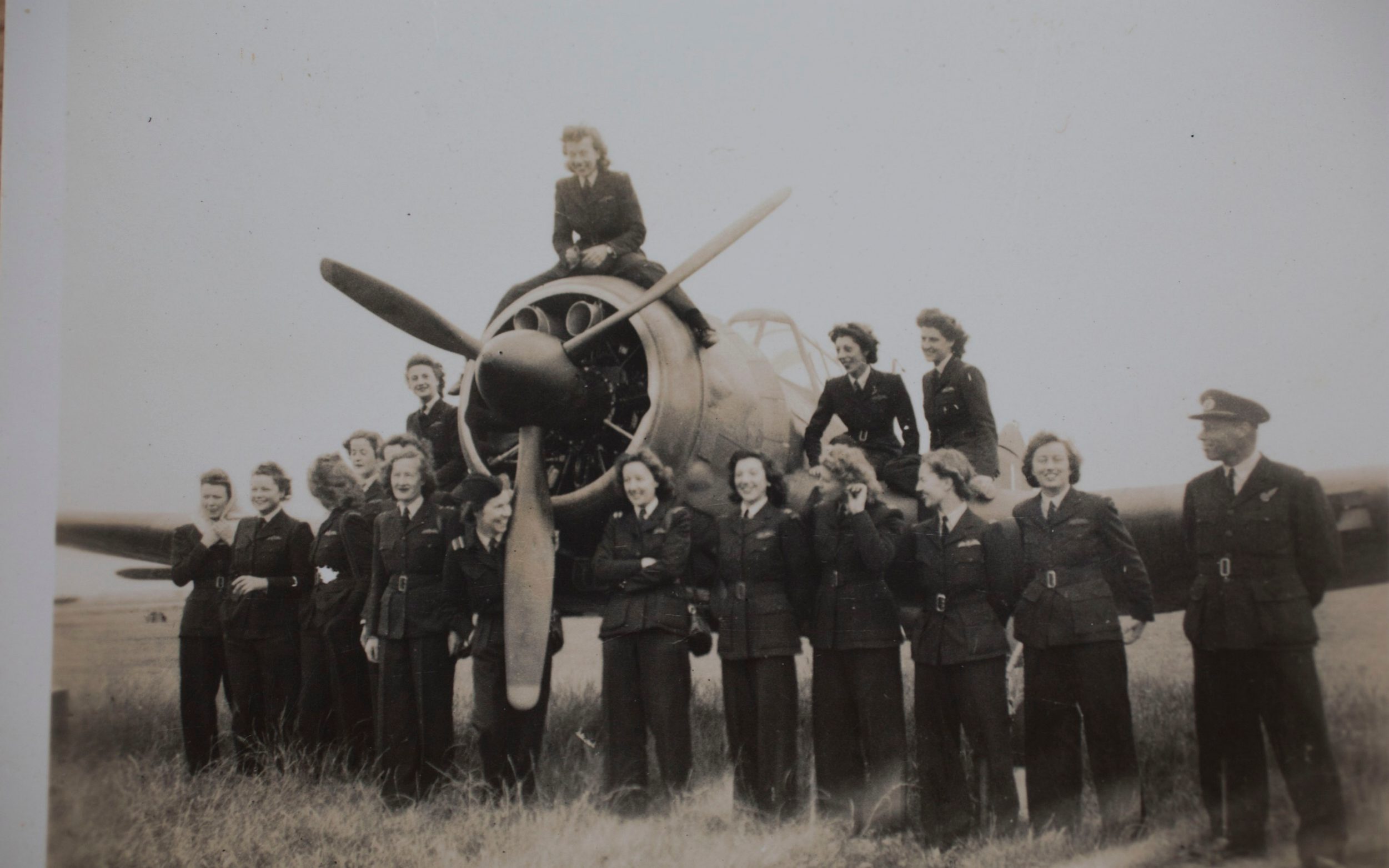 Mary Ellis and some of her 165 ATA comrades; they were known as "Atagirls" because of their adventurous spirit

She gained her flying licence and built up her experience giving pleasure flights. With the outbreak of the war, civilian flights were cancelled and she returned to the family farm until she joined the ATA.

In 1950 Mary moved to the Isle of Wight and lived on the edge of Sandown airport, where she became Europe’s first female airport managing director, a post she held for almost 20 years. Away from the airport, she indulged a love of fast cars, entering and winning sports car rallies, and she ran a fashion boutique.

Later in life, Mary and her few remaining “Spitfire Girls” became celebrities and were in much demand to attend air shows and commemorative events. Their role in the ATA had been largely overlooked until the then Prime Minister, Gordon Brown, was persuaded to honour them with a commemorative badge in 2008.

To celebrate her 100th birthday she once again flew in a Spitfire. Taking off from Goodwood in a two-seat version, she took control of the aircraft for some 15 minutes, an experience she described as “wizard”. She was delighted to see Spitfire MV 154 flying in formation with her – the aircraft she had delivered to RAF Brize Norton on September 15 1944.

Early in 2016 a plaque dedicated to Mary Ellis and another Oxfordshire ATA pilot, Molly Rose, who had died in 2016, was installed at RAF Brize Norton. The following November, she and her fellow ATA pilot and friend Joy Lofthouse, who died in November 2017, were honoured in front of the Royal Family at the annual Festival of Remembrance at the Royal Albert Hall in London. Earlier this year she was given the Freedom of the Isle of Wight when she was described as a, “national, international and island heroine”. 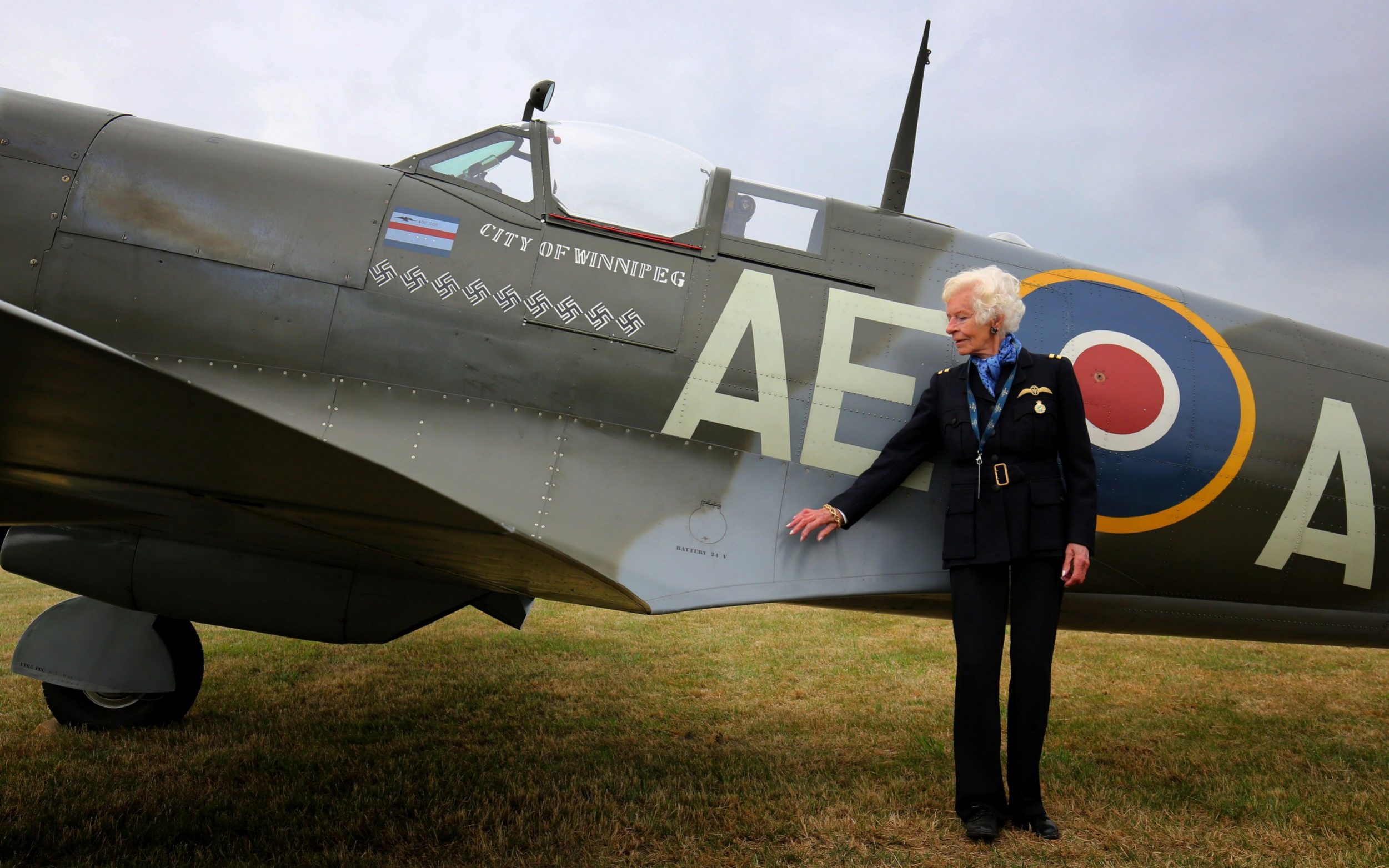 In 2016 her memoir, A Spitfire Girl, was published. She remained a vivacious and energetic lady until the end of her life. Just two weeks ago she attended the London premiere of the film Spitfire, where she was seen smiling on the red carpet and receiving a standing ovation after the film.

The RAF Chief of the Air Staff, Air Chief Marshal Sir Stephen Hillier, has commented, “she was an inspiration to generations. I’ll always remember her proudly reminding us at RAF 100 events that she was older than the RAF itself!”

wordpress besucherzähler
© 2012 - 2022 Aircrew Remembered - All site material (except as noted elsewhere) is owned or managed by Aircrew Remembered and should not be used without prior permission.
• Last Modified: 27 July 2018, 12:46 •