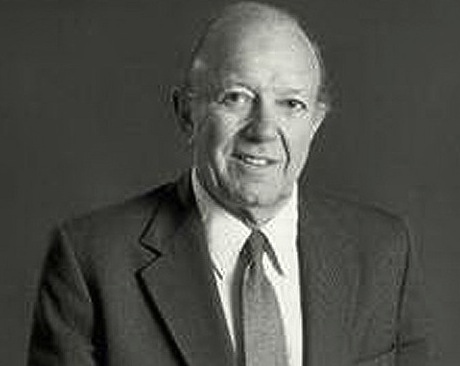 His wartime scrapes began on June 25 1940, shortly after General de Gaulle’s appeal to the French nation to continue the struggle against the Germans.

With the Allies hoping to rally French resistance in Morocco, Kingsland flew Field Marshal Lord Gort, Commander-in-Chief of the British Field Force, and Sir Alfred Duff Cooper, Minister of Information, to Rabat in a Sunderland flying boat of No 10 (RAAF) Squadron.

As they travelled, however, the French in Africa were siding with the pro-German Vichy government. Immediately after Kingsland landed on a narrow estuary and delivered his passengers ashore, he received an urgent coded radio message to deliver to Lord Gort alerting him to the developing situation.

Kingsland’s efforts to get ashore with the message were constantly thwarted by the local French authorities. He ignored an order to move his aircraft and, as darkness fell, took its dinghy ashore – only to be intercepted by police.

He threatened them with his revolver and, after overcoming further difficulties with the authorities, was able to deliver his message to the British consulate.

Police then surrounded the building and threatened to board the Sunderland.

After an exchange of shots, Kingsland found his VIPs and, with the help of some Anglophile Frenchmen, the whole party was able to re-embark.

Armed police surrounded the aircraft, but at first light Kingsland started all four engines simultaneously, taxied at high speed out of the harbour and, despite a heavy sea, managed to take off and head for Gibraltar, before returning to England.

Afterwards he received a brief note from Gort: ‘Thank you very much for being my chauffeur.’

He was later awarded an immediate DFC.

In 1935 he gave up a promising job with the Speedwell bicycle manufacturer, Bennett & Wood, and joined the RAAF to train as a pilot.

Kingsland soon developed a reputation as a daredevil with a disdain for authority, but he curbed his exuberance following the threat of a charge for low flying.

An excellent pilot, he was selected for the three-man team to fly formation aerobatics at the RAAF’s 1938 display in front of a crowd of 170,000.

As ‘Cadet Simple’, he also gave a bravura display of deliberately inept flying.

In July 1939 he was one of a group of RAAF pilots who arrived in England to train on the Short Sunderland flying boat before ferrying nine of them back to Australia to form No 10 (RAAF) Squadron.

War broke out before the ferry flights, however, and squadron members were informed, much to their delight, that they would be the first Australians into action.

The squadron came under the operational control of Coastal Command for the duration of the war.

Following the fall of France, he flew anti-submarine patrols in the Western Approaches.

On one sortie, out of boredom, he decided to make an unauthorised diversion to Brest, where the Germans had a submarine base.

Unsurprisingly, he was met with a hostile reception over France.

Another fierce reception awaited him on his return to base.

On July 13 that year he spotted a Heinkel bomber harassing a convoy.

Turning his giant Sunderland to attack it, he forced the aircraft to jettison its bombs and head for cover.

In 1941 Kingsland left for the United States, where he collected a Catalina flying boat and ferried it to Australia via Honolulu.

He arrived at the island after a 24-hour flight with only enough fuel ‘to fill the carburettor’.

Kingsland was then appointed to command No 11 Squadron at Port Moresby, New Guinea. Its maritime patrol aircraft were soon pressed into service as bombers as the Japanese advanced.

On one occasion, in the face of heavy anti-aircraft fire, Kingsland used a lumbering Catalina as a dive bomber to destroy the wharf at Rabaul.

After 10 exhausting and debilitating months in New Guinea, he was promoted in May 1942 to take command of the RAAF’s flying boat base at Rathmines, New South Wales.

On a visit to a nearby fighter base, he met a WAAAF officer, Kathleen Adams, and they married shortly afterwards.

He was promoted group captain at the young age of 27, and took up a series of operational training and intelligence appointments.

At the end of the war he was appointed the RAAF’s director of organisation, which involved him in the demobilisation of more than 150,000 airmen.

Kingsland left the RAAF and in May 1948 became manager at Sydney’s Mascot Airport.

He was then appointed regional director of civil aviation in South Australia.

At around this time, not wishing his daughters to suffer the prejudice that he had endured in his childhood, Cohen decided to change his surname to that of his stepfather, Herbert Kingsland, and his given name to Richard.

His skills as an administrator were quickly recognised, and he was sent to rationalise civil aviation operations in Darwin.

In 1963 he became head of the sprawling Department of the Interior, which he skilfully reorganised.

In 1970 he took over as chairman of the Department of Veterans’ Affairs, where he remained until his retirement in 1981.

One of his major achievements during his 11 years’ looking after the interests of former fighters was the indexation of the main Service pensions.

Kingsland had a deep love of the arts and music, and in 1972 was chairman of the Canberra School of Music.

He is survived by his wife and by their son and two daughters.

Add us to your address book. Click here
© 2012 - 2021 Aircrew Remembered - All site material (except as noted elsewhere) is owned or managed by Aircrew Remembered and should not be used without prior permission.
• Last Modified: 29 May 2014, 16:28 •