David Mole (Ex chairman of the No.10 Squadron) takes up the story:

"JD368 was returning from an Operation to Nurnberg when it was attacked by a night-fighter (2) over Belgium at about 0330hrs. It is almost certain that the tail gunner George Warren was killed in this initial attack from the rear - the other seven crew exited via parachute and all landed safely.

The attack was well witnessed from the ground, and the plane was observed to continue flying in almost a complete circle before crashing near Haulchin. Two young boys (then) were sleeping in a haystack in a field when they heard the plane approaching at low level (very frightening!) and saw it crash in front of them - breaking into small pieces and burning.

After daybreak the Luftwaffe arrived from Gosselies to 'claim their prize'. The body of George Warren was removed from the wreckage and taken away to Gosselies for a Military burial, whilst a team was billeted at a nearby farm and tasked with removing the wreckage.

Because the Germans were respectfully treated (A wise choice, and this was co-operation certainly not collaboration!) by the farmer and his family, when the team left they gave three pieces of Warren's burned parachute to the children of the Farmer as 'Souvenirs of a Brave Comrade'. These fragments were safe-guarded and treasured, always in the hope that they could be returned to Warren's family.

This is where I came in, some sixty years later. I received a request asking if I could help find Warren's family - and any other member of the crew. (I am the ex Chairman of the 10 Squadron Association - not a bad job for a Sailor, but that's another story!). 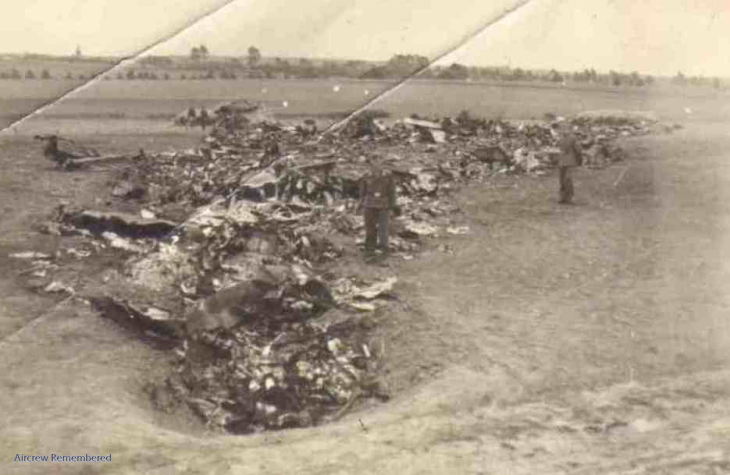 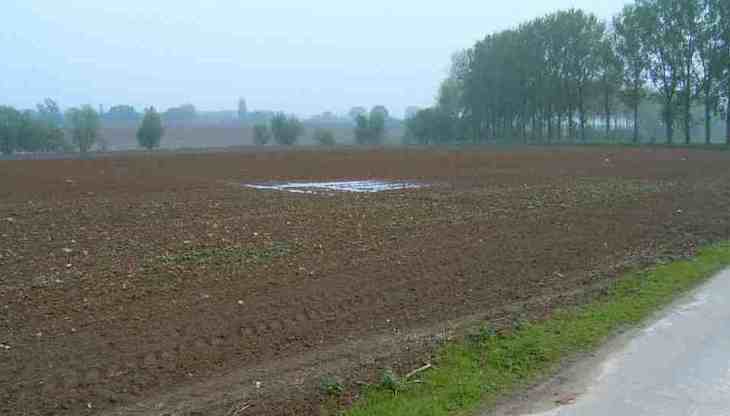 I chipped away at the story, following small leads, with some success - but still Warren eluded me (He was Canadian, which made things a little more difficult). In 2007 luck was on my side and I established contact with George Warren's Nephew in Canada - He came to UK and we visited relevant sites here, before I took him to Belgium where we were able to arrange a small ceremony with the kindness of the Mayor of Estinnes, at which the parachute fragments were handed over from the farmer's surviving children to Geoff Warren for safe return to Canada (One piece to be given to George Warren's sister who is still alive!). 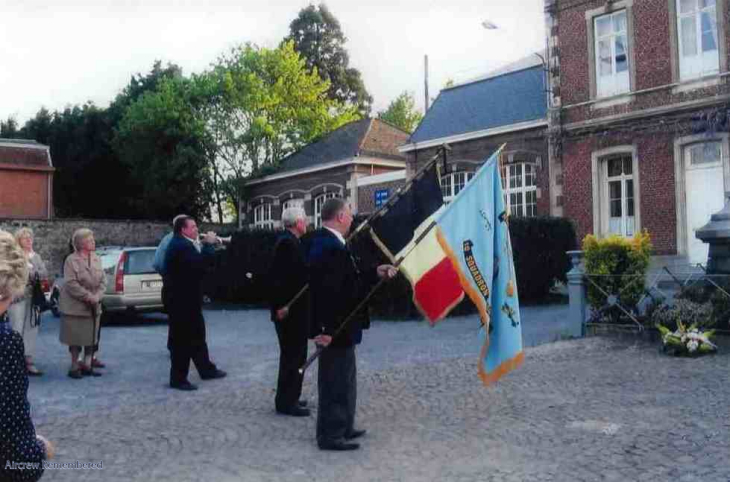 David Mole at a memorial service for Sgt. Warren

This was by no means the end of the story, for my search goes on - especially to find, or at least learn the fate of, Jock McCallum and Tubby Lawrence." (Update 17th November 2009) Now in contact with the relatives of both. P/O. F.N. Lawrence died 1980 and Sgt. J. McCallum died in 1999.

(1) Fl/Sgt. Cornelius returned to England on the 20th December 1943. He then converted to Wellingtons, transferring to 13 OTU to train as a pilot on B-25 Mitchell's as a F/O. On the 3rd December 1944 his B-25 Mitchell FV966, which he was piloting, hit trees on approach to the airfield at RAF Finmere, Oxfordshire. He suffered severe head injuries but recovered. Sadly, on the 14th May 1945 whilst home on leave in Bristol he committed suicide. He is buried with his father at Bristol (Canford) Cemetery.

(2) It has also been discovered that JD368 was shot down by Hptm. Fritz Söthe of 3./NJG4 - combat took place at a height of 3,800m over Estinnes, North Saarlouis at 03.36hrs. Hptm. Söthe became an ace with 18 kills to his name before he was killed after being shot down by a Mosquito on the 28/29th September 1944 at Lambrecht-Neustadt. With thanks to Dr. Theo E.W. Boiten and Mr. Roderick J. Mackenzie - 'Nightfighter War Diaries Vol's. 1 and  2’. 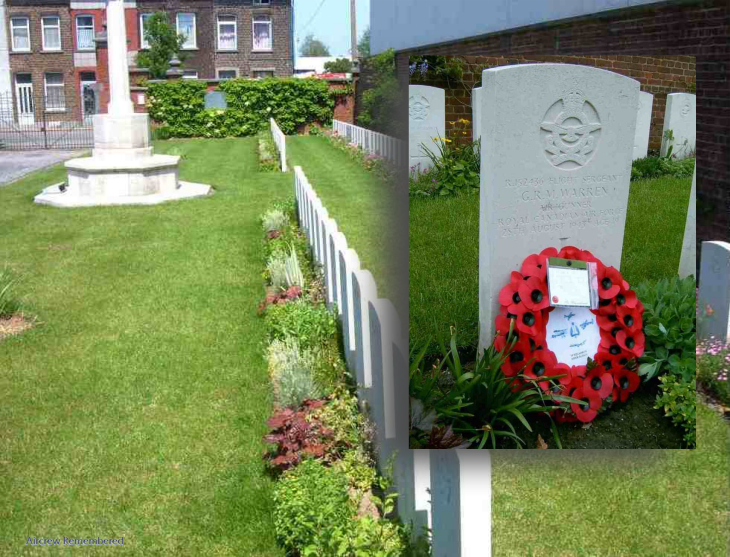 We would like to thank David Mole for this contribution and we know that his research is continuing on JD368 and we hope to have further information when it is made available.

At the going down of the sun, and in the morning we will remember them. - Laurence Binyon
All site material (except as noted elsewhere) is owned or managed by Aircrew Remembered and should not be used without prior permission.
© Aircrew Remembered 2012 - 2021 Last Modified: 12 November 2014, 19:55