Took off at 16:12 hrs from RAF Pocklington, Yorkshire to attack Düsseldorf, Germany. Massive raid (Last on Düsseldorf of the war by bomber command) with 992 aircraft taking part. (561 Lancasters, 400 Halifaxes and 31 Mosquitoes).

The raid resulted in 5,000 houses destroyed or badly damaged including steel manufacturers, 7 industrial firms were destroyed and a further 18 seriously damaged. Over 678 people on the ground were killed and another 1,000 were injured. 19 Aircraft were lost (11 Halifaxes and 8 Lancasters) 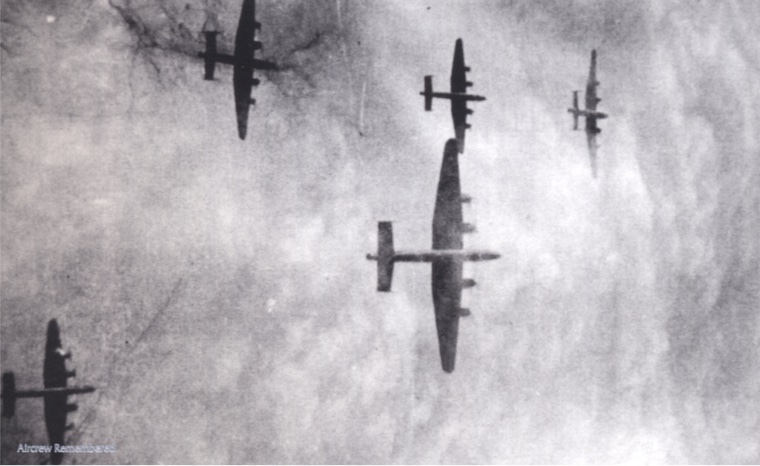 Halifax MZ798 was hit by machine gun fire from another bomber in the friendly force and then intercepted by a night fighter, thought to have been flown by Lt. Wolfram Möckel of 4./NJG2 at a height of 3,500 mtrs. over Brussels at 19:42 hrs. 3 Crew members were killed and the remainder survived after falling over liberated territory in Belgium.

Lt. Möckel was made a POW on the 24/25th December 1944. They shot own a Mosquito from 613 Squadron on a patrol over the Ardennes, an hour and a half later they ran out of fuel and baled out of his Ju88 G-1 4R+BM. He is thought to have survived the war (5 Kills-unconfirmed) 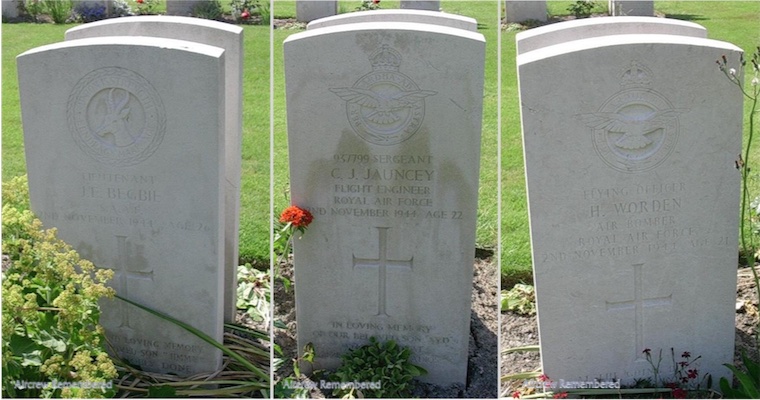 Researched for Gill Ellison - (Harry Worden was her mothers fiancée) With thanks also to Joanne Wagner for original grave photographs - December 2017.

At the going down of the sun, and in the morning we will remember them. - Laurence Binyon
All site material (except as noted elsewhere) is owned or managed by Aircrew Remembered and should not be used without prior permission.
© Aircrew Remembered 2012 - 2022 Last Modified: 01 December 2017, 16:56