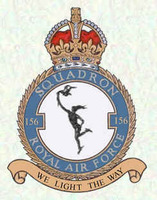 It is reported that the raid was heavy with 848 houses destroyed and Bremen industry suffering considerable damage with the Lloyds dynamo works put out of act for some two weeks and various parts of the Focke-Wulf factory for up to 8 days. 5 nearly completed aircraft were destroyed and 3 more damaged. 70 people on the ground were killed and a further 371 injured.

15 Wellingtons, 2 Lancasters 1 Halifax, 1 Hampden, 1 Stirling and 1 Whitley were lost, with 87 aircrew killed, another 28 being made PoW.

Wellington BJ600 was attacked and shot down at 03.00 hrs by Major Karl Theodor Hülshoff of Stab NJG2. The Wellington crashing at 03:13 hrs. at Loozen. (See Kracker Luftwaffe Archive on this site)


This was the ninth abshüsse for Major Karl Theodor Hülshoff (Some sources place Ufz. Rudolf Frank as responsible) 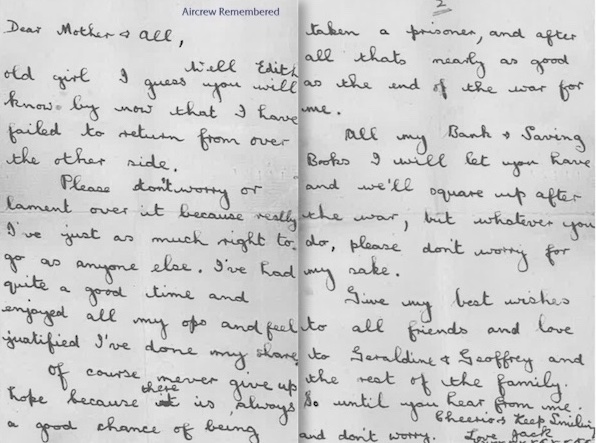 Niece of Sgt. Herring, Geraldine Beaumant, visiting his and crews graves. Geraldine recalls remembering Jack throwing her in the air as a child! (courtesy Liz Hampton) 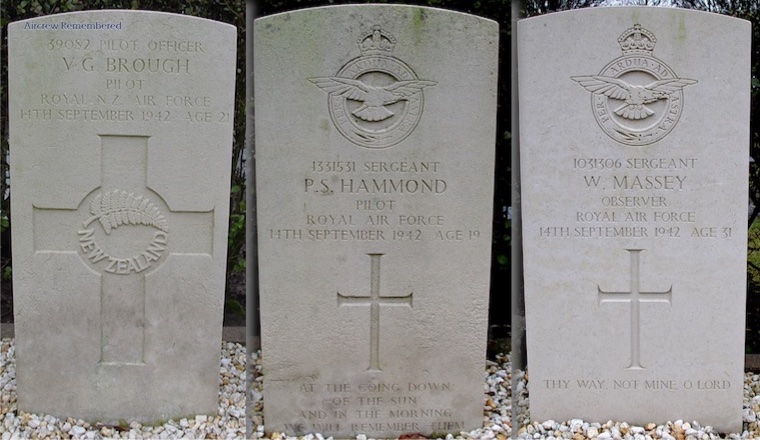 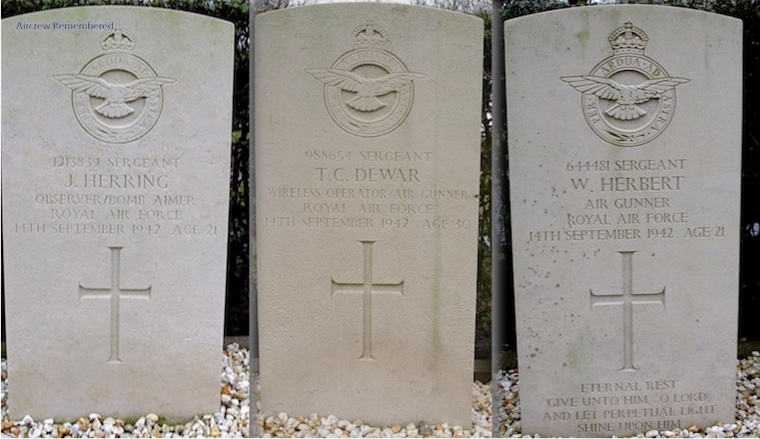 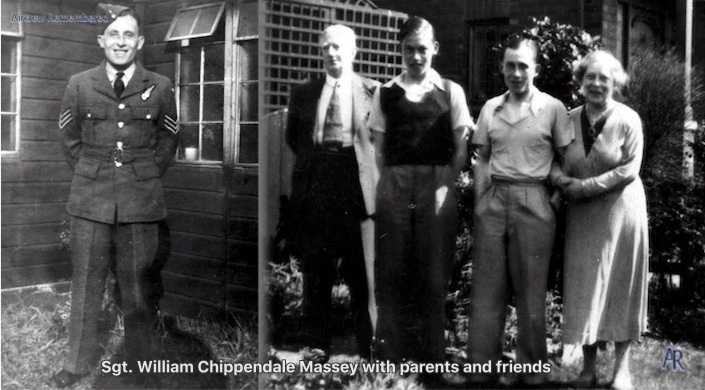 Above as described below (courtesy Nigel Dedross) 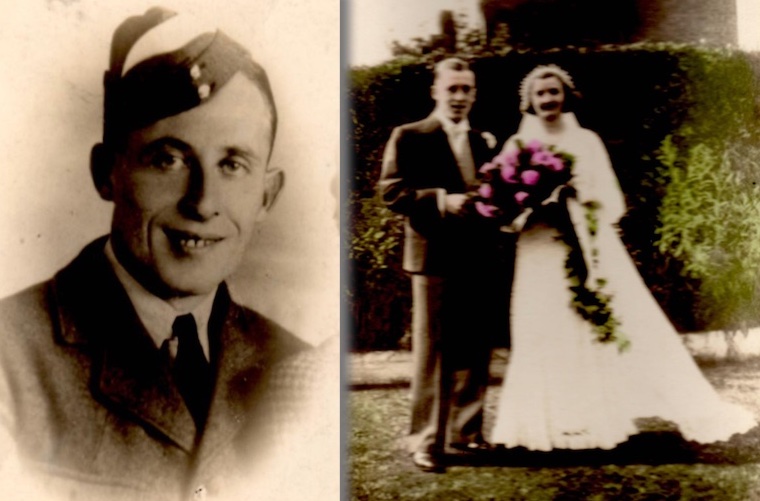 Above left, prior to operational service and right, his wedding to Leila at Thorner near Leeds, 1934. (courtesy Nigel Dedross)

Further information supplied by Nigel Dedross: "A farmer buried him near their cottage and wrote to our family, adding they would place fresh flowers on his grave regularly. After the war the body was exhumed and taken to Gramsbergen General Cemetery for re-burial. The photos are of him in his uniform and him (right) with my father, Jack and his parents George and Selina (née Chippindale) Massey. My father, who has now passed away also, was very close to his Aunt Selina and Cousin Will." Prior to service worked as a milkman, his father worked at Leeds Post Office.

Researched and dedicated to the relatives of this crew with thanks to Liz Hampton, relative of Sgt. Herring, also to Paul Stevens, nephew of Sgt. Phillip Hammond who contacted us in January 2017. Paul was born to his sister in 1952. Also to Nigel Dedross, relative of Sgt. William Massey who contacted us in April 2017. Thanks to Phillip Brough for the images of his Great Uncle, Plt.Off. George Valentine Brough. Other sources as quoted below.

At the going down of the sun, and in the morning we will remember them. - Laurence Binyon
All site material (except as noted elsewhere) is owned or managed by Aircrew Remembered and should not be used without prior permission.
© Aircrew Remembered 2012 - 2021 Last Modified: 18 March 2021, 15:03