Taking off from RAF Kirmington at 21:11 hrs to bomb the Wintershall synthetic oil plant near Merseberg with 258 Lancasters and 14 Mosquitoes of 1 and 8 Groups. The bombing commenced at around 01:30 hrs on the main target being Compressor Hall Bau 201, which was located in the centre of the fuel plant. Damage was described as moderate.

No details of this loss as many of the night fighter claim records for this period of the war were lost. It may have been brought down by anti-aircraft fire. 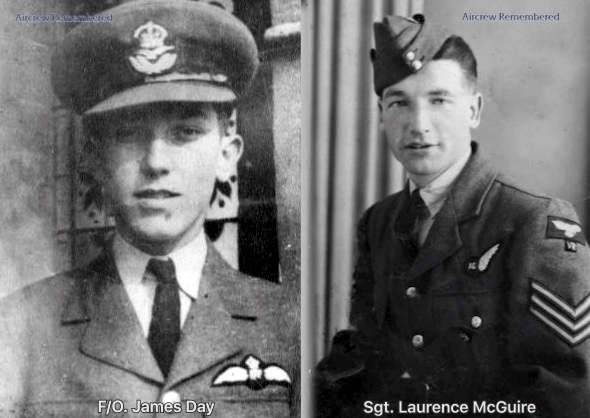 166 Squadron also lost another aircraft, but on return to England. F/O. R.A. Ayton RNZAF piloting Lancaster I LM289 AS-Y injured with 1 other crew member - 5 others killed when they crashed near Mill Farm, Barnaby Le Wold near the base.

Sherborne School, Dorset - Any further information that you are able to assist them with fallen former pupils from all wars, we would be pleased to pass onto them. 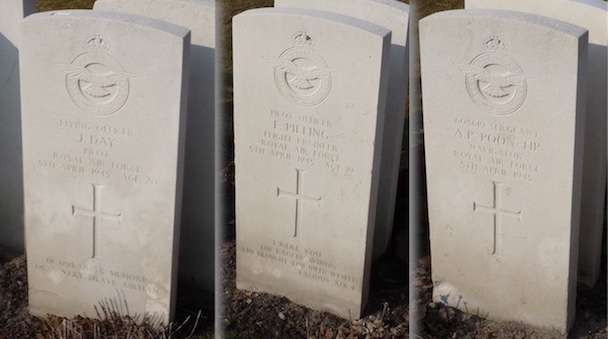 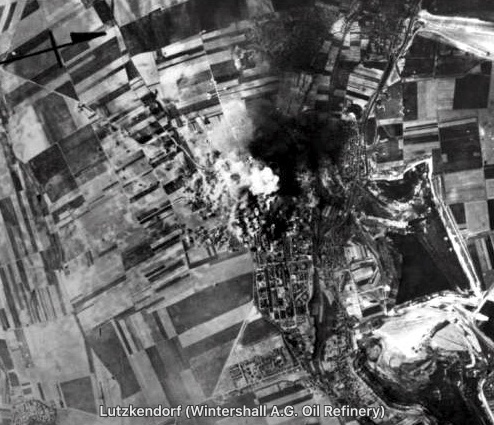 For further details our thanks to the following Sherborne School Archives for additional information. Other valuable sources shown below. Also thanks to James A. McCauley for photo of his cousin, Sgt. Laurence McGuire - October 2017. Ure for grave photographs.

At the going down of the sun, and in the morning we will remember them. - Laurence Binyon
All site material (except as noted elsewhere) is owned or managed by Aircrew Remembered and should not be used without prior permission.
© Aircrew Remembered 2012 - 2021 Last Modified: 04 April 2021, 19:03