Taking off at 19:00 hrs from R.A.F. Oakington, Cambridgeshire to attack the German Baltic port of Stettin an important supply route for the German troops in Russia. This was the second attack at the limit of the range for RAF bombers at the time.

The target was bombed by 95 of the 139 aircraft that had left in good weather conditions with a slight haze. Many large fires were the result with two ships set on fire. 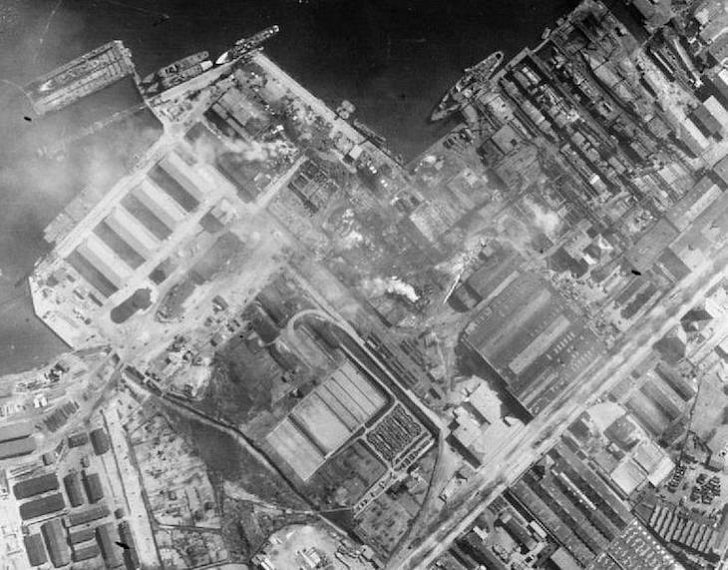 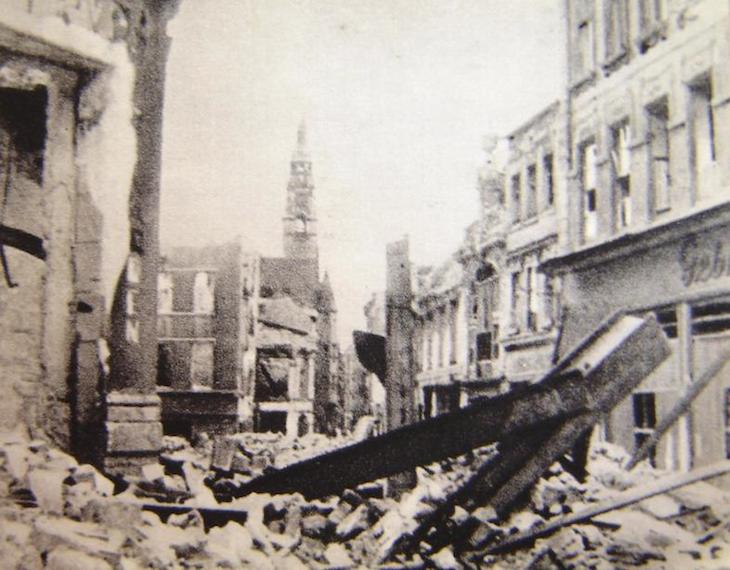 Stettin bomb damage at various stages of WW2 (courtesy I.W.M.) As well as a strategic German port it was also a major producer of arms.

The allies lost 8 aircraft during the operation with a further 5 crashing in England on return. Another Stirling from 7 Squadron was also lost on this operation:

Stirling W7433 was last heard of during its return at 02:58 hrs somewhere 40 miles north east of Lowestoft, Suffolk. The bodies of two of the crew were washed up on the Dutch coast with that of Sgt. Burrows recovered from the sea. No claims from Night fighters for this loss so it may have been damaged by flak or that the aircraft had ran out of fuel.

(1) Sgt. Albert Burrows escaped a crash just a few weeks previously with Stirling I N6022 MG-D on return from a trip to Hannover - aircraft abandoned, crashing at Newton Flotman, near Norwich, Norfolk.

W/O. Alexander Fletcher. Runnymede Memorial. Panel 35. Born in October 1915. son of James Sinton and Elizabeth Fletcher, of Inverness, Scotland. He was brother to Elizabeth, James and Margaret. He was an Old Haltonian, 24th Entry. His name was added to his parents headstone in Scotland

At the going down of the sun, and in the morning we will remember them. - Laurence Binyon
All site material (except as noted elsewhere) is owned or managed by Aircrew Remembered and should not be used without prior permission.
© Aircrew Remembered 2012 - 2022 Last Modified: 02 July 2019, 16:34