We are extremely grateful to François Dutil (438 Squadron Archivist) for supplying photographs and information to Aircrew Remembered in October 2017. All photographs shown within this page are available to relatives at a higher resolution (as are most of those named within this page) - courtesy of François.

During a circus in the early morning when engaged by Me109. The pilot managed to return to base - Spitfire suffered category B damage - repaired but destroyed in a collision later on the 04th January 1944.

Later on the 26th June 1943 Sq/Ldr. Godefroy DFC. whilst serving with 403 Squadron was involved in a collision with F/O. Bowen. He managed to return to base in his Spitfire IX MA467 with no injuries. F/O. Bowen baled out of his Spitfire MA564 breaking his left arm but safe.

26 year old, P/O. Jack Kenneth Ferguson J/15276 RCAF flying Spitfire IX BS159 YO-F, on the 17th August 1942, hit by enemy fighters over the channel - neither the aircraft or the body of the pilot were recovered - he is commemorated on the Runnymede and Ottawa Memorial. 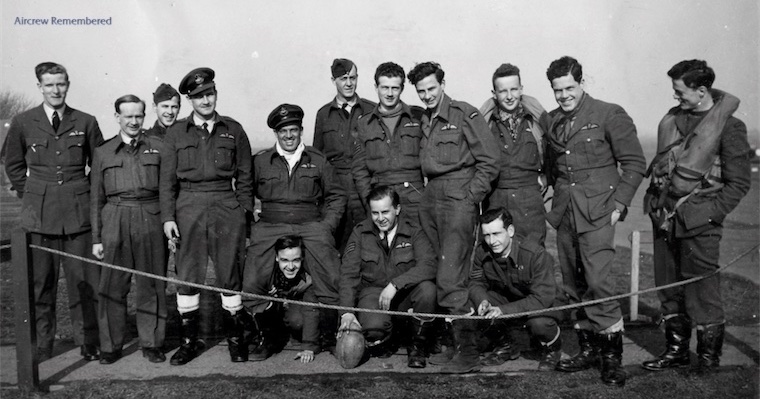 None - survived the war.

Researched and dedicated to the relatives of this pilot with thanks to Francois Dutil, other sources as quoted below. We must bring your attention to the work completed by Joe on his "Flying For Your Life" Website who has a lot more information on this pilot and indeed many others.

At the going down of the sun, and in the morning we will remember them. - Laurence Binyon
All site material (except as noted elsewhere) is owned or managed by Aircrew Remembered and should not be used without prior permission.
© Aircrew Remembered 2012 - 2022 Last Modified: 24 March 2021, 16:16