Location: Understood to have been at Andilly in France (although, according to burial records, it would seem more likely to have been near Luneville - Errol Martyn states that his research indicates that they crashed at 20:45 hrs between the villages of Mattexey and Clézentaine which is 20-25 kit South of Luneville - we feel that this is more likely)

Taking off from RAF Tuddenham in Suffolk at 18:10 hrs joining some 564 Lancasters with 18 Mosquitoes from 1,3,6 and 8 Group. The raid was to take place in two parts with 4.5 hours between them. It is understood that NG176 was with the second wave.

Bombing was reported as not concentrated but serious damage was caused to the central and Eastern districts of the city. The Bosch factory was hit as well as 4 churches and the Karl-Olga hospital. 376 people were killed on the ground with a further 872 injured.

Six Lancasters were lost during the operation, another crash landed on return at Stainton By Langworth In Lincolnshire. 37 aircrew were killed, 7 PoW with 7 others injured. 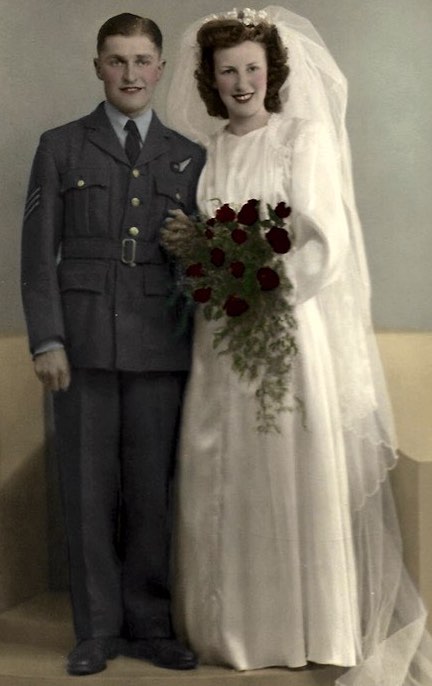 Lancaster NG176 is reported to have been attacked by Lt. Clemens Ostrowitzki from 1./NJG6 South West of Stuttgart with the aircraft coming down reportedly at Andilly in France at 20:50 hrs (see above for additional location details). This was the 3rd claim for Lt. Ostrowitzki before he was also shot down and killed in his Me-110 W/N: 140678 on the 23/24th December the same year - his two crew survived. (see Kracker Luftwaffe Archive on this site)

The crew were initially buried at Luneville, then reinterred at the American War Cemetery at Andilly, finally at the Choloy War Cemetery. 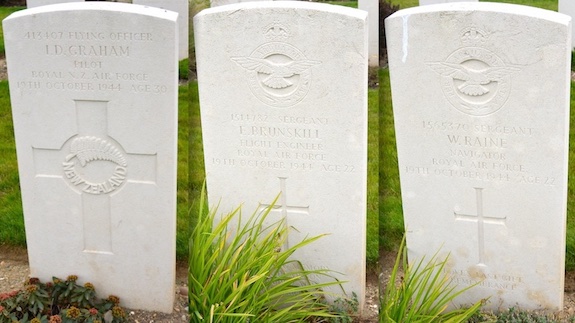 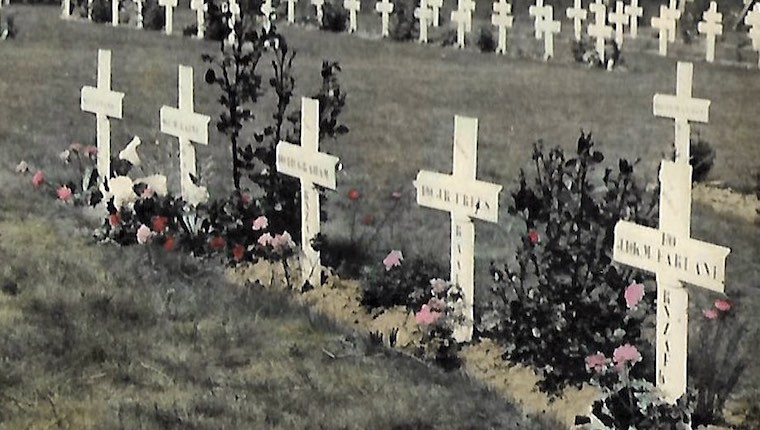 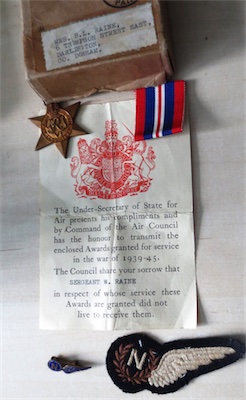 Early training photograph showing Sgt. William Raine front row, 3rd from left. Jan did send the rear of this photo with the signatures of the chaps shown - anybody who feel they recognise someone on the photo please contact us and we will send you a copy of that.

Researched for Jan Hovvels, relative of Sgt. William Raine and dedicated to the relatives of this crew. Also to Ian Raine who contacted us in June 2017. His father, the youngest brother of Sgt. William Raine took the crew photo shown above. The family also lived just a few hundred yards away from Sgt. Edward Brunskill. Thanks to Ben for Grave photographs and also with thanks to sources as shown below.

At the going down of the sun, and in the morning we will remember them. - Laurence Binyon
All site material (except as noted elsewhere) is owned or managed by Aircrew Remembered and should not be used without prior permission.
© Aircrew Remembered 2012 - 2021 Last Modified: 31 March 2021, 15:01