Took off at 14:22 hrs from Waddington, Lincolnshire to attack batteries near the port of Vlissingen. Lancaster PB620 struck by light incendiary flak, the aircraft caught fire and filled with a thick brown smoke. The pilot ordered the crew to abandon the aircraft but the intercom system had already failed at this time - no acknowledgement was received by the crew. W/O. McWilliam baled out at 4000 ft whilst the aircraft was ablaze and saw the aircraft crash into the sea between Walcheren and the mainland. 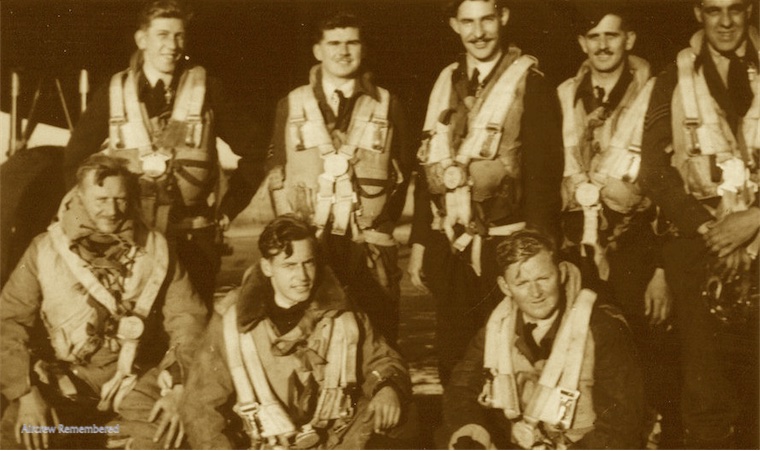 F/O. Dack was rescued after he landed in a minefield by two German soldiers, who apparently risked their lives in order for this to be done. During his captivity F/O. Dack caught tuberculosis but survived the war.

Another 463 Squadron Lancaster was also lost this night, again by flak:

(1) Many records show this aircraft to have been PD259, they are in fact not correct - PD259 was lost on a training flight the following night. With thanks to Andy Smith for bringing this to our attention.

With thanks to Jeff Gale for additional information on Fl/Sgt. Kirby - May 2016.

At the going down of the sun, and in the morning we will remember them. - Laurence Binyon
All site material (except as noted elsewhere) is owned or managed by Aircrew Remembered and should not be used without prior permission.
© Aircrew Remembered 2012 - 2022 Last Modified: 05 May 2016, 19:38