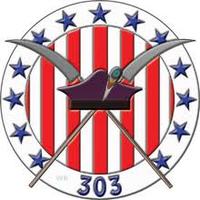 We would like to make an appeal for any further information regarding this and the reported earlier crashes that he was involved with. In particular, it is reported that he had crashed in the grounds of Boughton place, Boughton, Kent. The owners then, (06th September 1940) were a Mr and Mrs W.K. Vinson.

At 10:45 hours, 150 enemy aircraft crossed the coast at or near Lympne and spread fanwise through Kent. A formation of 100 enemy fighters flew towards London, but only some ten penetrated the Inner Artillery Zone. A second formation of fifty enemy bombers remained near the Coast. Hurricane P3892 was attacked by Me 109s from JG53 and shot down over Stowting in Kent at around 12.00 hrs. 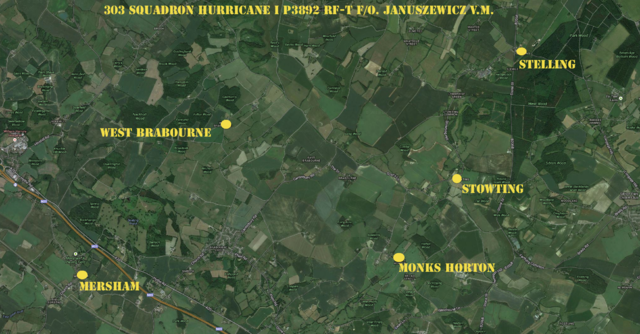 He had shot down a Me110 and also claimed 2 Ju8’s during the German invasion of Poland in September 1939, at the time he was serving with 111 squadron of the Pursuit Brigade PAF. After the fall of France he escaped to Gibraltar and then on to England - joined 303 squadron on August 2nd 1940. 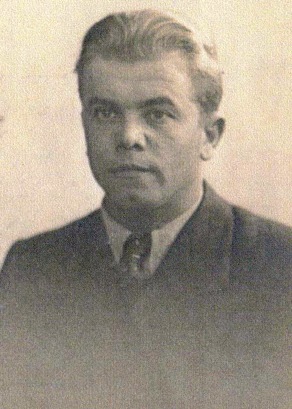 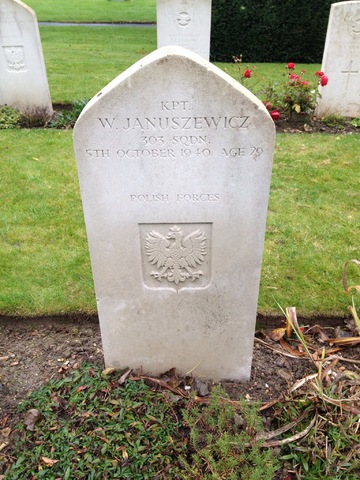 Any relative who would like a copy of the grave photograph, taken by Aircrew Remembered in 2012, please dont hesitate to contact us.

Sqd. Ldr. Kellett, Commanding Officer 303 Squadron during the Battle of Britain said this of his comrades in his Chronicle, kindly given to us by his daughter Louise Pemberton:

“We fought together through the great offensive of 1940 and I then knew that the pilots of No. 303 Squadron were not only the best but would also see me through any troubles.  In the month of September, 303 Squadron was on top – no squadron from the Empire could equal the courage and skill of our pilots, no bombing could daunt our airmen.”  S/Ldr Ronald Kellett 303 Squadron Chronicles

With thanks to the following: Marek Rogusz from Poland, for his private research, Robert Gretzyngier, Woitek Matusiak, Wadldemar Wojcik and Josef Zielinski for Polish information that we may have used. Norman Franks - 'Fighter Command Losses'. 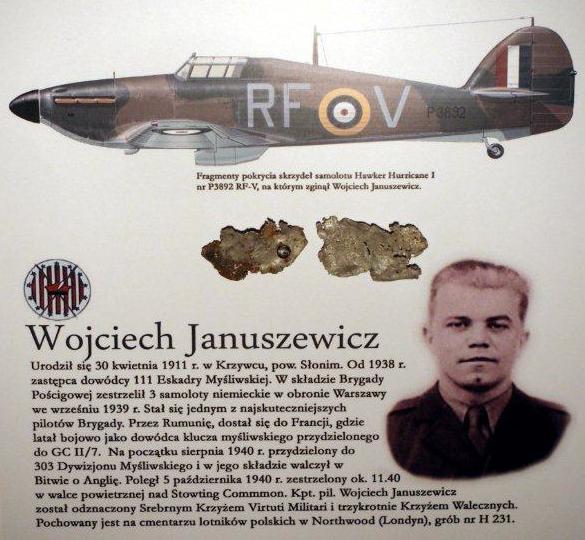 Left: Marek Rogusz wrote a 350 page (with over 150 photographs) book on the pilot and his life. Written in Polish with some English summary.

At the going down of the sun, and in the morning we will remember them. - Laurence Binyon
All site material (except as noted elsewhere) is owned or managed by Aircrew Remembered and should not be used without prior permission.
© Aircrew Remembered 2012 - 2022 Last Modified: 13 August 2015, 14:39