Took off at 21:32 hrs from RAF Breighton, Yorkshire to bomb Nuremberg with 653 aircraft (318 Lancasters, 216 Halifaxes and 119 Stirlings) The raid was considered as a success resulting in housing and industrial property damaged with 577 people killed on the ground. The allies lost 24 aircraft during this operation with 76 aircrew killed, 42 made PoW, 2 evading capture with a further 21 being injured. 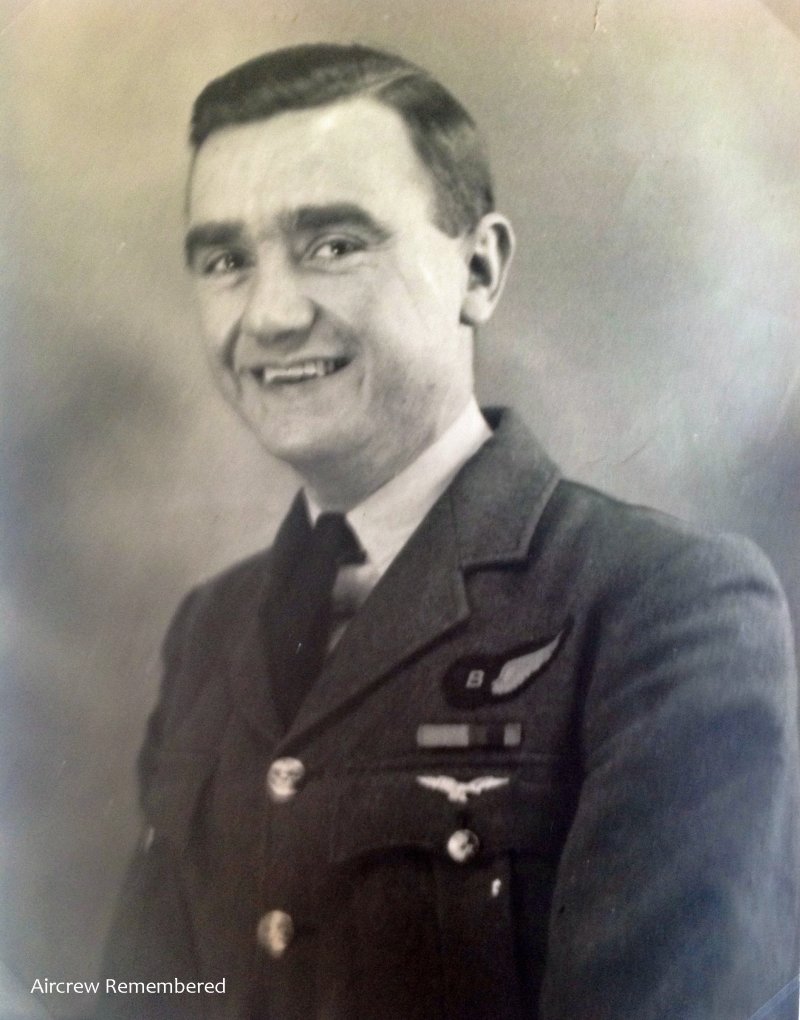 Halifax JD151 was returning and Fl/Sgt. Brown advised Fl/Sgt. Jenkinson that they had no more than 30 minutes of fuel remaining. The pilot requested permission to land but was informed to stand bye as two other aircraft were ahead of him in a similar situation and told to circle. Shortly afterwards the fuel warning light showed on the port inner engine and Fl/Sgt. Jenkinson decided to land on the nearest runway - cross wind and he informed control. They were then given priority for landing but then on approach, two engines failed. With the aircraft to low to try and restart the engines to go round again it crashed at 06:13 hrs short of the runway. 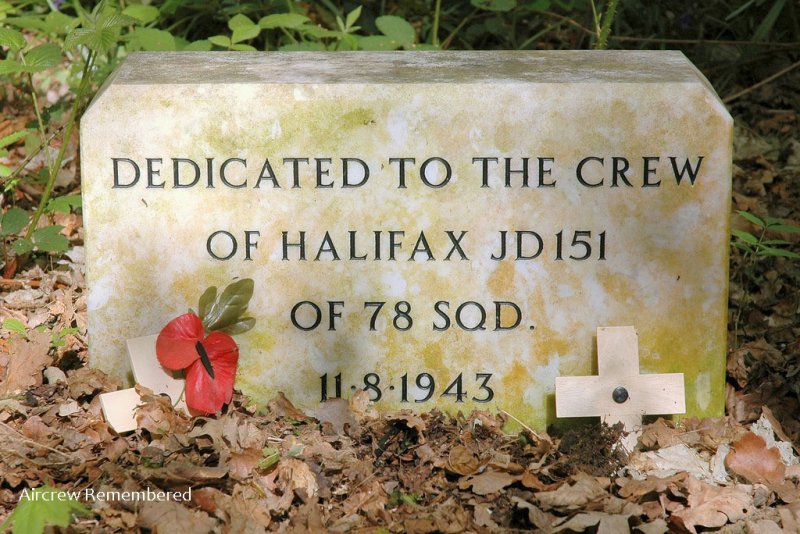 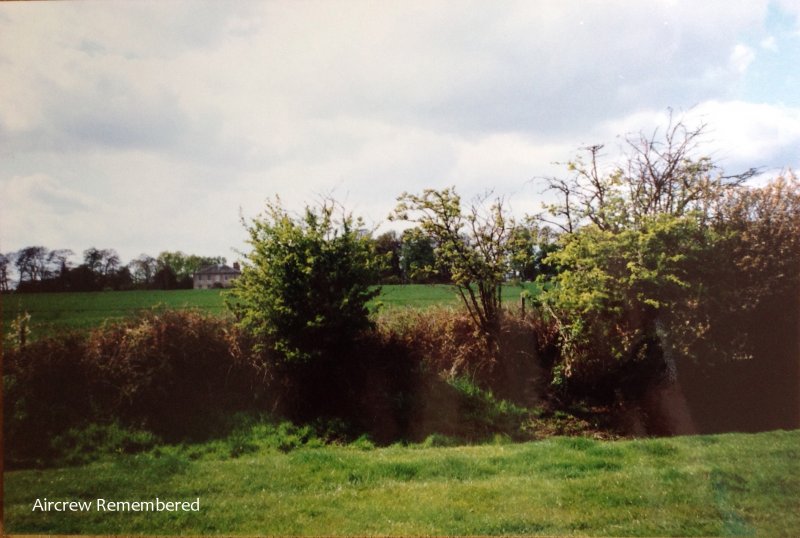 Memorial to Halifax JD151 - near the crash site in Yorkshire. (courtesy Kate Tame) and the field where the aircraft came down. In the background can be seen Bowthorpe Hall (courtesy Hazel King) 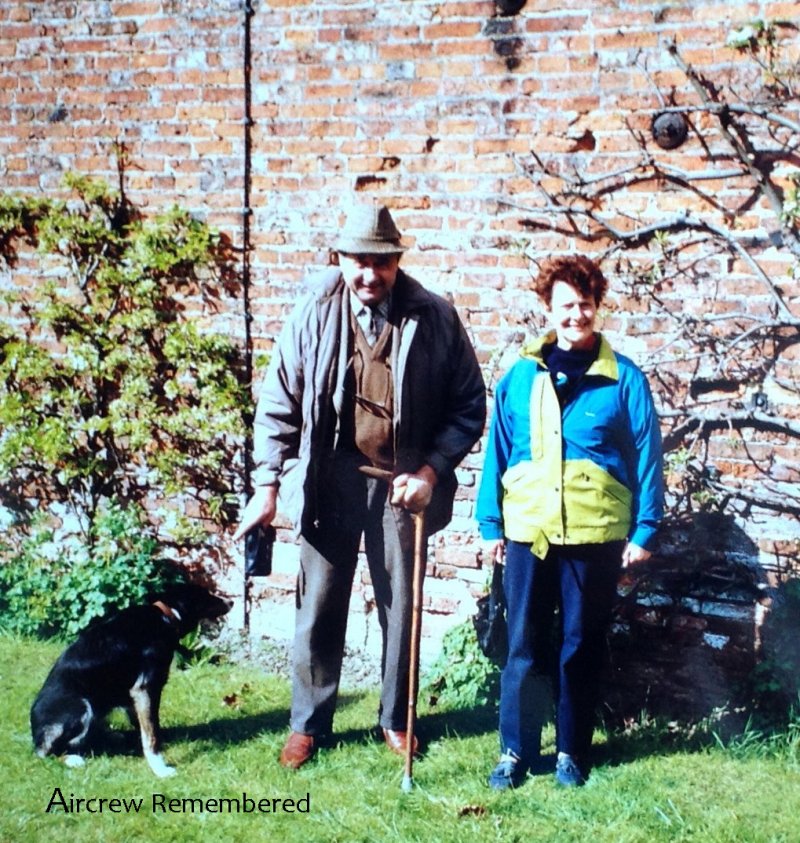 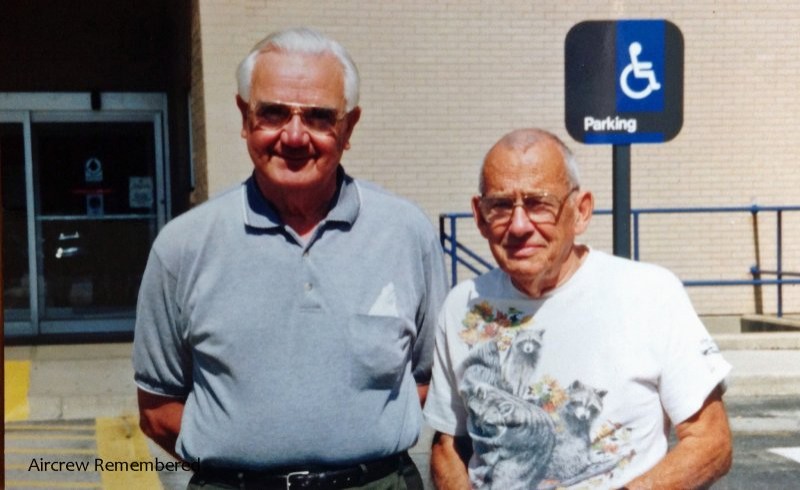 Left: 1991 John with his wife Mary. John as a very young man remembers the crash of Halifax II JD151. Right: 1997 Bill on a visit to see Dick in America (courtesy of Hazel King) 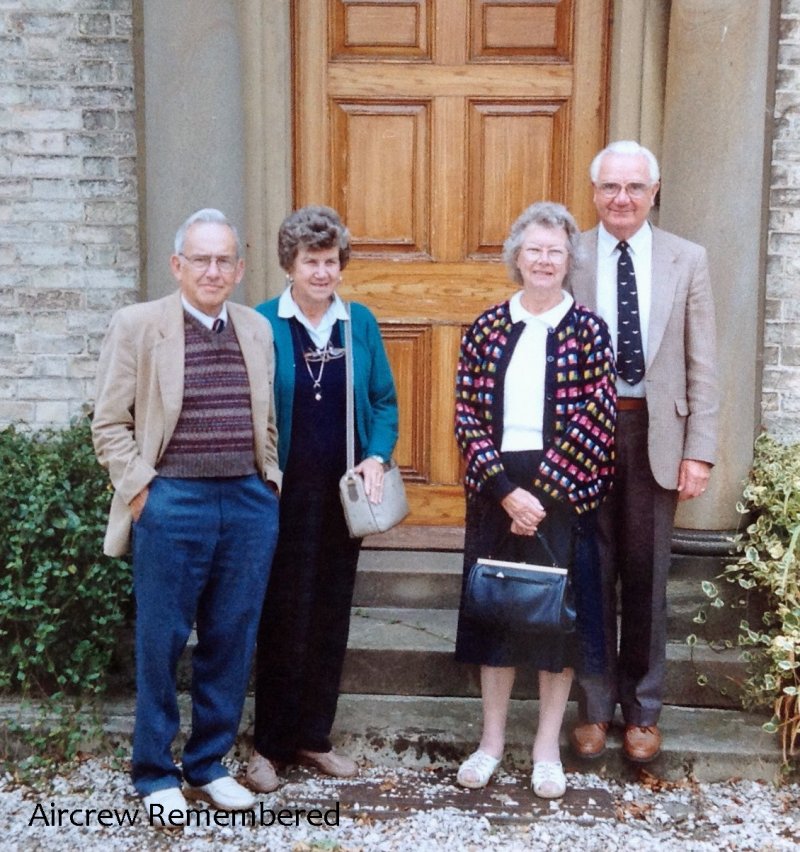 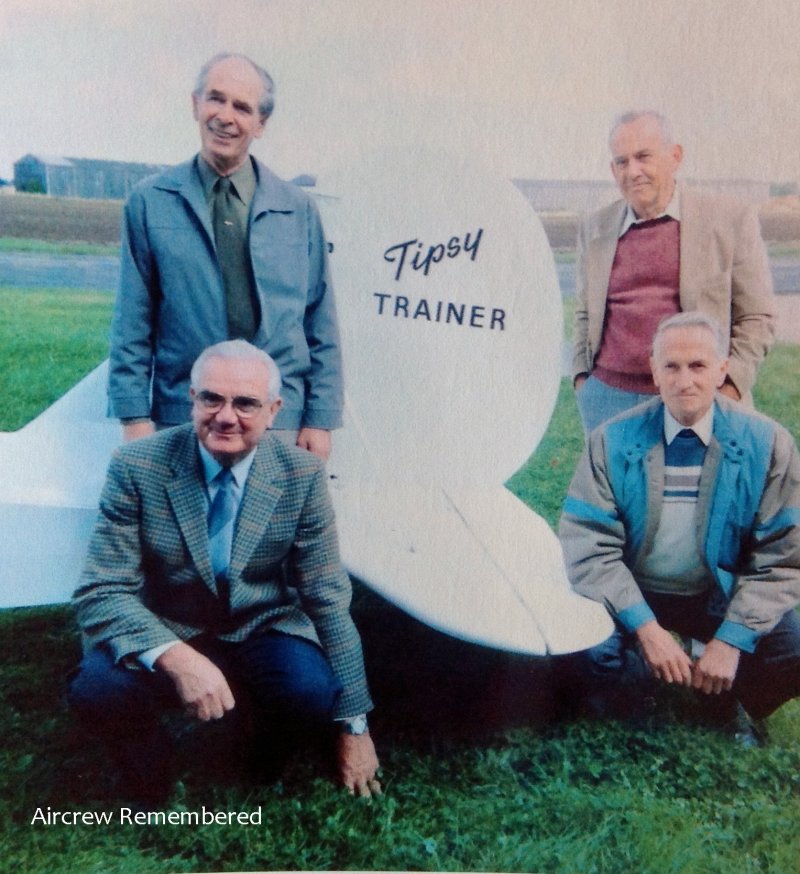 
(1) Fl/Sgt. Jack Jenkinson was awarded the Distinguished Flying Medal as per London Gazette, 21 September 1943 while serving with No 78 Squadron

Flight Sergeant Eyles has recently operated in a Master Bomber and Visual Marker crew as Visual Bomb Aimer. That he is reliable and accurate is proved by the photographs he has obtained. He has participated in 51 attacks by day and by night and many of these sorties have been against heavily defended targets. This N.C.O. still shows the keenest desire to operate and his efficiency and cheerfulness is an inspiration to his fellow aircrew. In recognition of Flight Sergeant Eyles' long record of service, he is recommended for the non-immediate award of the Distinguished Flying Medal. 20th August, 1944. Remarks by the Station Commander. I concur. Strongly recommend for the award of the Distinguished Flying Medal (non-immediate)'

(4) Sgt. O'Neill (Later Fl/Lt) Had been posted to No 78 Squadron 29 July 1943. Gerry suffered severe fracture of the pelvis, fractured left ankle and dislocated shoulder - treated at the Military hospital at Naburn, Yorkshire. He was not able to continue on operations until over a year later on the 29th September 1944

Awarded the DFM whilst serving with 9 Squadron as LAC - dated 31st May 1940:
'This airman is the Wireless Operator/Air Gunner in his Flight Commander's aircraft. On several occasions during a period of intense operations, he performed his duties with coolness and resource although the aircraft came under fire from ground defences and enemy aircraft. Particularly on 9th April 1940, he was the Wireless Operator in Wellington P9239 which carried out a long-distance reconnaissance covering Kristiansand, Stavanger and Bergen during the landing of enemy troops in Norway. Despite very adverse conditions, he maintained continuous W/T communications with Base and succeeded in passing valuable information in connection with the movement of enemy warships, aircraft and troops.' Right: He also received a MiD on the 2nd June 1943. Gerald O'Neill had joined the RAF at 16 as a boy entrant and trained at Cranwell as a wireless operator.

He was later in 1937 posted to 9 Squadron receiving further training as an air gunner. Just before the war started, No 9 Squadron had, on the 8 July 1939 been at the Brussels air show. Gerry died on the 17th May 1986 at Knowle Hospital, Wickham, Hampshire.


St/Sgt Richard 'Dick' Lewis Barger was admitted to hospital with fractures of the spine. Dick was born 25 June 1922, Fayette, Ohio and had served in the RCAF before joining the RAF. He returned to America after the war, married Dolores. He died 24 September 2012 and is buried in Saint Colmans Cemetery, Fayette, Ohio

P/O. Harry Binns. Southport (Birkdale) Cemetery. Sec. G. Grave 267. Son of Thomas and Sarah Ann Binns, husband of Annie Binns, of Birkdale, Southport, England. (2) At the time of his death Harry had two small children and his wife. Harry's Commission came through on the day he died. Harry is remembered on the King George V School roll of honour.

At the going down of the sun, and in the morning we will remember them. - Laurence Binyon
All site material (except as noted elsewhere) is owned or managed by Aircrew Remembered and should not be used without prior permission.
© Aircrew Remembered 2012 - 2021 Last Modified: 21 March 2021, 11:52