Took off at 17:05 hrs from RAF Pocklington on a Gardening operation to the Heligoland approaches (Yams). Nothing further heard of and presumed crashed in the sea.

Two bodies, those of Sgt. William Hopwood and Sgt. Frederick Box were washed ashore on the 15th February and 19th January 1943, respectfully.

A "Report on crashed or exploded aircraft, plaque crosses, multiple burials - AMO 682/45" recorded that the aircraft crashed just off the shore of the Island of Juist. Two bodies were washed ashore; the remaining crew members were trapped in the aircraft and could not be recovered. The remains of the aircraft were blown up by the Germans as they constituted a danger to shipping. 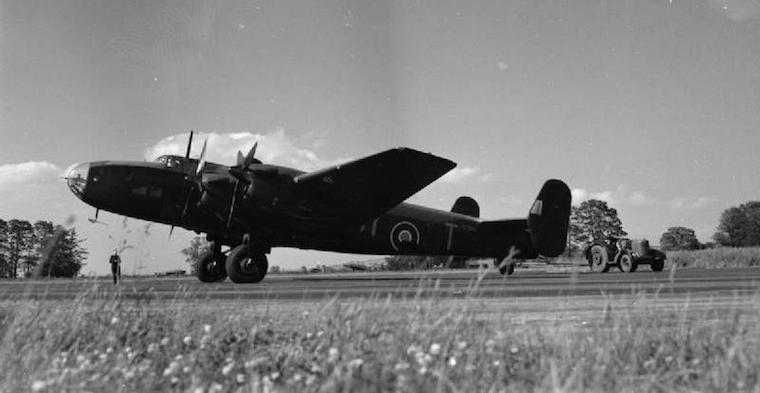 Sgt. William Neville Hopwood. He was initially buried at the Wittmund Cemetery Grave 70 before being reinterred at the Sage War Cemetery. Grave 3.E.12. No further details known as yet. - are you able to assist?

Sgt. Frederick Ernest Arthur Box. He was initially buried on the Island of Juist, New cemetery, Section E, Grave 95 before being reinterred at the Sage War Cemetery. Grave 5.B.14. Son of Mr. and Mrs. Francis Henry Box and husband of Ethel Dora Box, of Southsea, Hampshire, England.

Researched by Aircrew Remembered and dedicated to the relatives of the crew. With thanks to sources as shown below. Thanks also to John Jones for a copy of the report on crashed or exploded aircraft, plaque crosses, multiple burials - AMO 682/45 and also for the Nachtjagd War Diaries - Vol 1, Dr. Theo E W Boiton information.

At the going down of the sun, and in the morning we will remember them. - Laurence Binyon
All site material (except as noted elsewhere) is owned or managed by Aircrew Remembered and should not be used without prior permission.
© Aircrew Remembered 2012 - 2022 Last Modified: 18 March 2021, 12:20