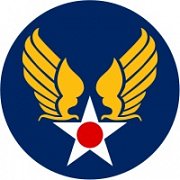 One of eight B-25s that took off from 7-Mile Drome on a bombing mission against Lae Airfield. Aboard was Royal Australian Air Force Sq/Ldr. Lewis who was selected by the air office to be the air liaison officer with a commando raid that took place near Salamaua.

Sq/Ldr. Maxwell Vernon Lewis on detachment from 24 Squadron selected by OC North Eastern area to be the air liaison officer with a Commando raid which took place in the Salamaua south west of Lae.

The raid was to have air support via radio from the Commando ground positions. Whilst waiting to cover this he elected for the opportunity to fly with a USAAF crew on a B-25 Mitchell which was to fly over the area.

During the trip (consisting of 4 x B.25’s) the aircraft was attacked by Japanese Tainan Kokutai A6M2 Zeros (although other reports state that they were hit by flak in the area of Vico Point) The pilot managed to ditch the aircraft about 1 mile of Lae in the Solomon Sea. Observers from other aircraft reported though that the aircraft was in flames at the time and that no one was seen to exit the aircraft either by parachute on the way down or when ditched.

None - all missing in action.

Researched for Caitlin Elizabeth Kirby and the family of Sq/Ldr. Lewis - April 2016. Some of the detailed information has been sourced from the Pacific Wrecks website for which we are very grateful. Other sources as quoted below.

All site material (except as noted elsewhere) is owned or managed by Aircrew Remembered and should not be used without prior permission.
© 2012 - 2021 Aircrew Remembered Last Modified: 17 March 2021, 14:03
If you would like to comment on this page, please do so via our Helpdesk. Use the Submit a Ticket option to send your comments. After review, our Editors will publish your comment below with your first name, but not your email address.