Compiled from official National Archive and Service sources, contemporary press reports, personal logbooks, diaries and correspondence, reference books, other sources, and interviews.
Further data available at Allied Losses & Incidents database
.
We seek additional information and photographs. Please contact us via the Helpdesk.
NOTE March 2021: owing to a configuration error on our server, some pages are missing images. We are restoring these pages as fast as possible. Contact us via Helpdesk if you need to see images which we have not yet restored.

During a sweep hit by fire from a Bf109 and forced to crash land near Gravelines west of Dunkirk in France. His canopy was jammed and he had to be released by German soldiers whereafter he was taken for treatment and then onto Stalag IX-C . 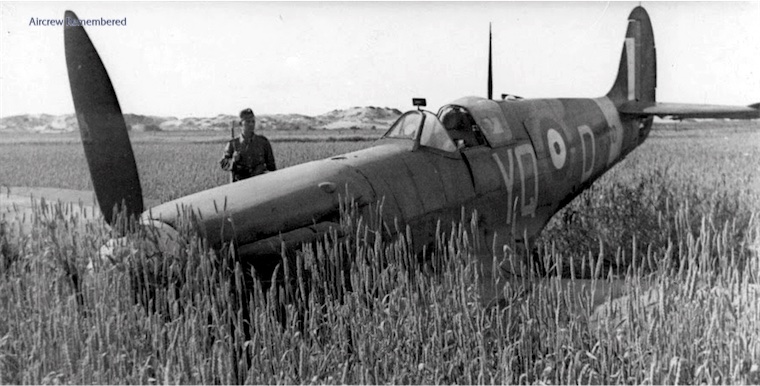 Successfully escaped and with the aid from the Belgian resistance made his way back to England via France, Spain and Gibraltar. On his return he managed to get the agreement to join 161 Squadron as an SOE pilot flying Lysanders. 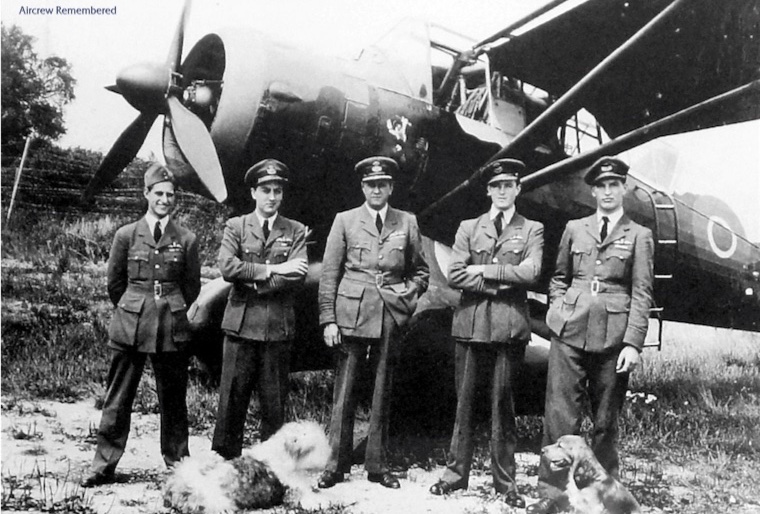 His first operation was to land in France to insert 2 agents and bring back another 3. Over the next thirteen months he flew 33 more covert missions for SOE of which 25 were successful, a greater success rate than any other pilot. Nineteen of his missions were highly risky "double Lysander" missions which involved both aircraft landing in the selected field and taking off again before being caught.

Following his highly successful tour with No. 161 Squadron he was posted to a staff position involved in the identification of proposed landing sites for Westland Lysander and much larger Lockheed Hudson aircraft involved in clandestine operations. McCairns was promoted flight lieutenant on the 1st May 1944.

Wishing to return to operational flying he converted back to fighters and flying Hawker Tempests with No. 3 Squadron RAF attacked a Luftwaffe in the same area Messerschmitt Bf109 south of Hildesheim, Germany on the 28th February 1945 damaging it and moments later shared in the destruction of a Siebel Si 204 in the same area.

Soon afterwards he transferred to No. 56 Squadron RAF as a flight commander and was involved in an inconclusive combat on the 15th April 1945. Post-war McCairns transferred to the re-constituted Royal Auxiliary Air Force from the 3rd May 1947 as a flight lieutenant service number 91315, returning to serve with No. 616 Squadron.

Sadly, on the 13th June 1948 flying Mosquito NT423 he was killed when an engine failed at low altitude and the aircraft crashed nose first into the ground near RAF Finningley.

“A Mosquito aircraft of 616 South Yorkshire Squadron Royal Auxiliary Air Force, crashed and burst into flames a mile east of Finningley RAF Station to-day when on a local flight. The pilot Flying Officer J.A. McCairns DFC. MM. who lived near Bawtry, and a serving airman whose next-of-kin are not yet notified, were killed. The ground crews heard one of the engines making an unusual noise and saw the aircraft bank round the airport and nose-dived to the ground. Killing a ground crew member on board the aircraft. (1)

“For escaping from Stalag IXC and returning to England via Spain. He was shot down in Spitfire P8500 06th July 1941.”

“This officer has completed many sorties, most of them of a. hazardous nature. He is a courageous and determined pilot, who has set an example worthy of the highest praise.”

“This officer has completed numerous sorties, displaying a high degree of skill and determination throughout.”

"Flight Lieutenant McCairns has participated in a large number of successful operational missions. He is a model of efficiency and his example of determination and devotion to duty has won great praise.”

Fl/Lt. James Atterby McCairns. MM. DRC and 2 bars. Croix de Guerre. East Retford Cemetery. Nottinghamshire. Grave CC.81. Born on the 21st September 1919 at Niagara Falls, New York, USA, the son of Kate Elizabeth and Thomas McCairns, husband of Moira. An English engineer who was working in the United States. His mother brought him to England for the first time aboard the ocean liner Regina sailing from Montreal and arriving in Liverpool on the 18th June 1922. They visited family at Brigg, Lincolnshire before returning to Quebec on the 30th September 1922 aboard the ocean liner Canopic. The family returned to England on the 30th September 1930 from Boston, Massachusetts aboard the liner Duchess of York, the family settled at 20 Chapelgate, Retford, and he completed his education at King Edward VI Grammar School, Retford.

Researched and dedicated to the relatives of this pilot with thanks Wikipedia, Tangmere Museum, RAF Commands Forum, and to sources as quoted below.

Although a great deal is available from various sources on this amazing pilot - we decided to collate the ‘almost’ complete story of this highly decorated pilot and create a dedicated page to him. We wrote ‘almost’ as we are sure that others will be able to contribute further details as and when they discover the page. We will be proud to add further information with any credits due as and when.

At the going down of the sun, and in the morning we will remember them. - Laurence Binyon
All site material (except as noted elsewhere) is owned or managed by Aircrew Remembered and should not be used without prior permission.
© Aircrew Remembered 2012 - 2021 Last Modified: 15 March 2021, 10:08