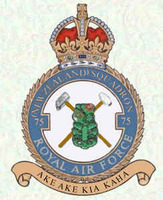 Taking off from RAF Mepal, Cambridgeshire joining some 35 aircraft on mine laying operations in various French ports. The only aircraft lost on this operation although another 75 Squadron Stirling flown by P/O. Baker crashed at Castle Combe airfield after suffering aileron failure. The aircraft overshot the runway with the undercarriage collapsing. It is understood that 3 mines later exploded, although all the crew were safe.

Stirling LJ462 was lost without trace. 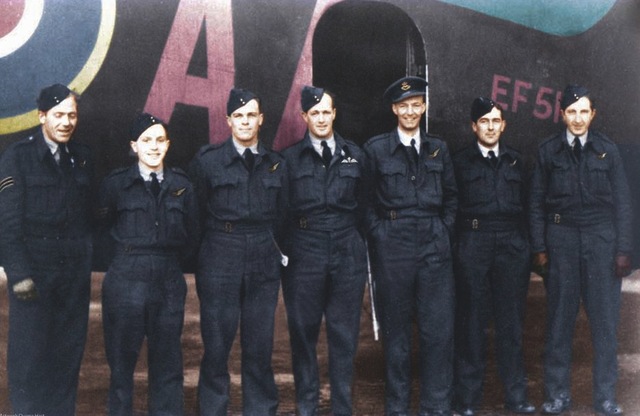 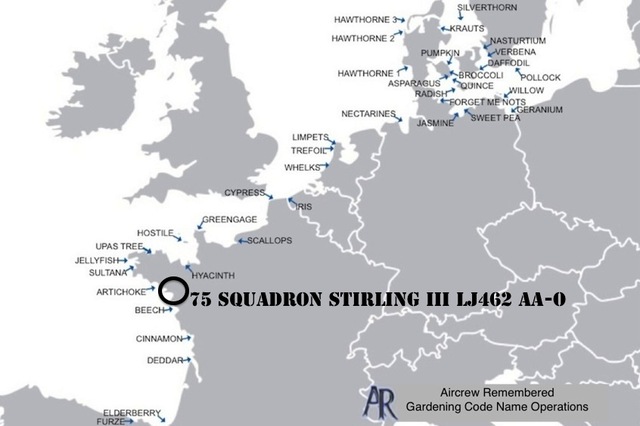 Researched for relatives of the crew with thanks to the following for additional information, Bill Chorley - 'Bomber Command Losses' Vol. 5, The Commonwealth War Graves Commission. Weekly News and Auckland War Museum for photo of P/O. Geoffrey Rowberry, to Duane Hart for photo of Sgt. Alfred Newnham.

At the going down of the sun, and in the morning we will remember them. - Laurence Binyon
All site material (except as noted elsewhere) is owned or managed by Aircrew Remembered and should not be used without prior permission.
© Aircrew Remembered 2012 - 2022 Last Modified: 30 April 2021, 21:04