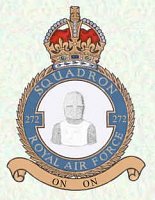 Taking off at 18:05 hrs on a 'Trapper Patrol' with 3 other Beaufighters from the squadron. Fl/Sgt. Raymond Rowell and his navigator became separated from the formation and went missing. The remaining Beaufighters returned at 22:40 hrs, landing at Alghero.

The aircraft took off at 1805 hrs and was shot down off Veghaio, east Minorca. Flt.Sgt.Rowell and Flt.Sgt. Satchell posted as missing in action (MiA) (A History of the Mediterranean Air War 1940-1945 Vol 4) 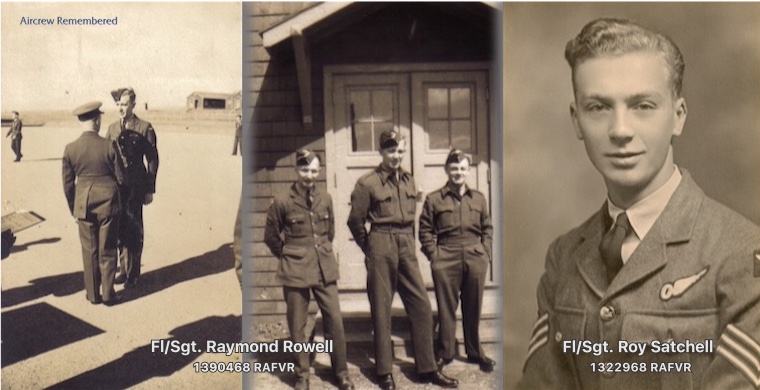 Flt.Sgt. Allan Powell was the pilot on the ASR mission and the entry in his logbook for the 12th May 1944 reported "Beau X ASR No sightings". (Courtesy Eryl Powell) 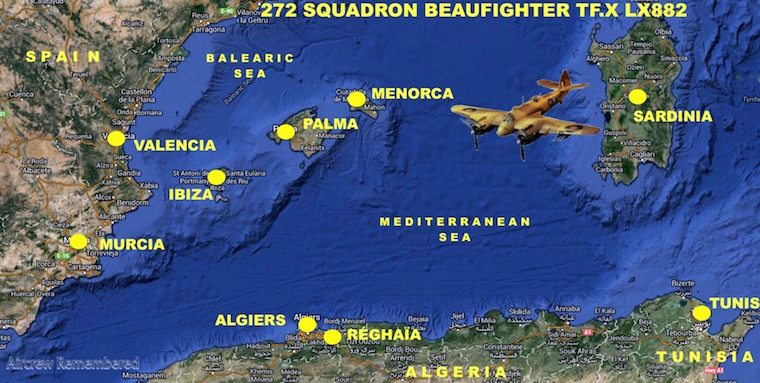 Following this, on the 13th May, 272 squadron sent a further six Beaufighters to make a search for Fl/Sgt Rowell and Fl/Sgt. Satchell - taking off at 09.10 hrs - nothing was found, but during the search a submarine was sighted - giving no reply to a challenge, they attacked. The submarine submerged - no claims made for hits. Returned at 14.30 hrs. 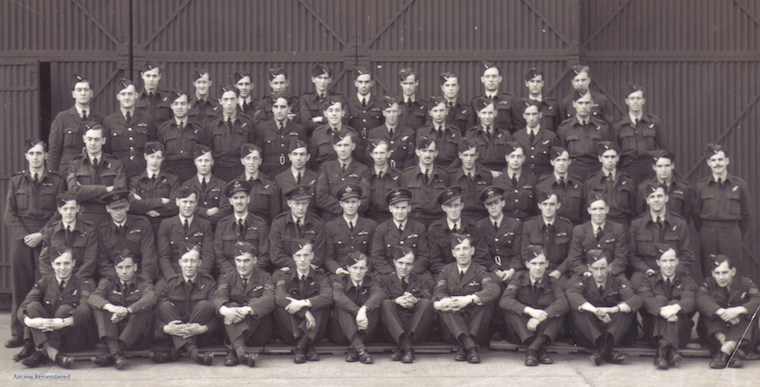 The above photo has been included not only as it shows the pilot during training but also, as we have typed out the names, other relatives may, during internet searches, come across a name they recognise? 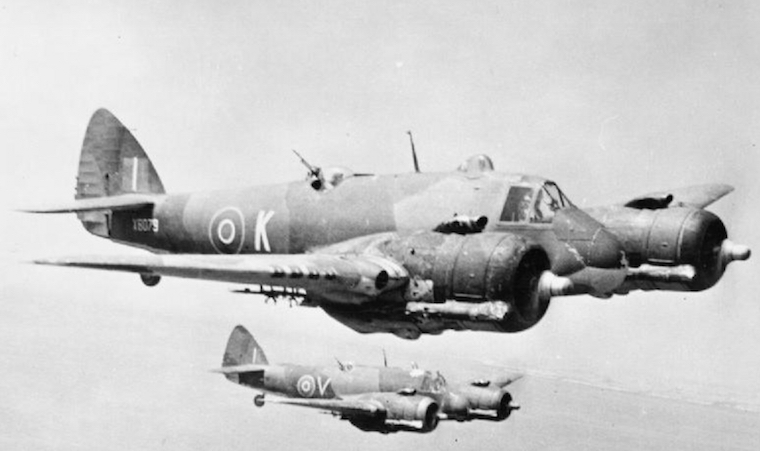 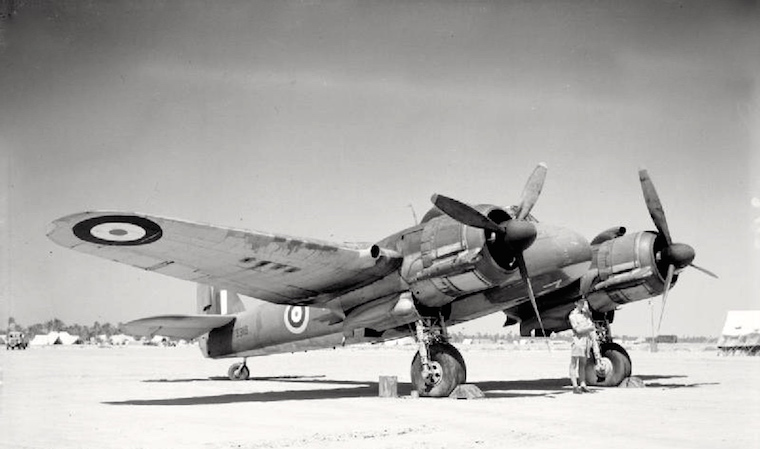 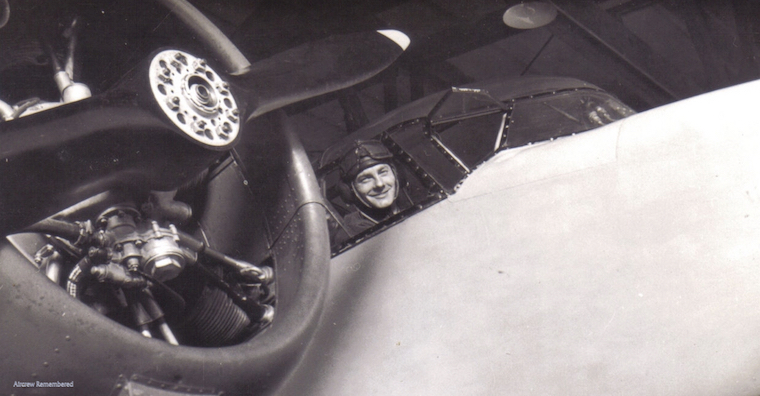 Above: photo taken by Fl/Sgt. Raymond Rowell - anyone recognise the chap? 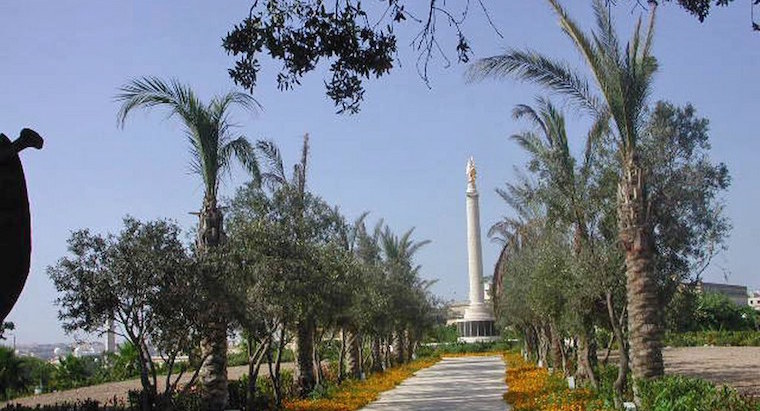 Above and below - The Malta Memorial

Fl/Sgt. Raymond Rowell. ‘Missing’. Malta Memorial. Panel 14, Column 2. Son of Leslie and Ethel Rowell. Husband of S. Rowell, of Kingsbury, Middlesex, England. Understood to have enlisted at Euston, London. When sent for training he held the rank of W/O. stepping down to Fl/Sgt. on flight training.

Researched for Geoffrey Rowell, son of the pilot and dedicated to the relatives of this crew with thanks to National Archives, Kew. Thanks also to Patricia Satchell (maiden name) who contacted us in November 2016. Thanks to Eryl Powell, the daughter of Flt.Sgt. Powell for the information from his logbook. 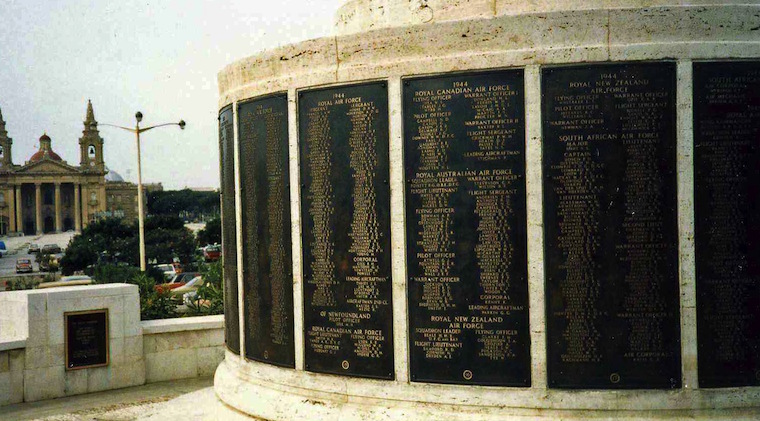 At the going down of the sun, and in the morning we will remember them. - Laurence Binyon
All site material (except as noted elsewhere) is owned or managed by Aircrew Remembered and should not be used without prior permission.
© Aircrew Remembered 2012 - 2022 Last Modified: 27 March 2021, 17:47