On a Reconnaissance Patrol between Libya and Crete. They transmitted a signal advising of their estimated return time to be 17:30 hrs. - nothing further was heard from them.

Possible loss due to low flying when an engine cut out.

Above area of operations with insert of the observer, Sgt. John Alfred Edwards NZ/401435 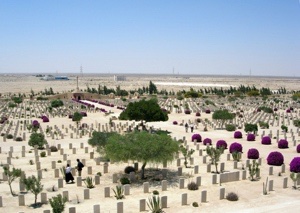 Researched and dedicated to the relatives of this pilot with thanks to the research by Errol Martyn and his publications: “For Your Tomorrow Vols. 1-3”, Auckland Cenotaph, Weekly News of New Zealand, other sources as quoted below:

At the going down of the sun, and in the morning we will remember them. - Laurence Binyon
All site material (except as noted elsewhere) is owned or managed by Aircrew Remembered and should not be used without prior permission.
© Aircrew Remembered 2012 - 2021 Last Modified: 16 November 2017, 18:43