Location: Near village of Aldborough, south east. of Ripon, Yorks.

On the night of 2 February 1943, four of the squadron's Lancasters were placed on cross country exercises.

After taking off at 19:40 hours, LL686 returned some two hours later with a badly misfiring port outer engine. While attempting to land back at East Moor, the aircraft lost altitude and crashed into Studforth Hill, just south of the village of Aldborough, and caught fire killing all aboard. This was the last Lancaster II lost by the Squadron prior to converting to the Halifax III. 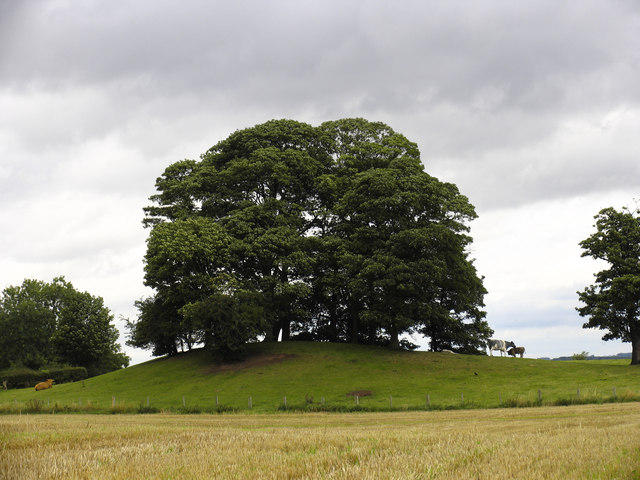 (1) Sieben Lake in Saskatchewan is named after Plt.Off Joseph Sieben

Posthumously promoted to Plt.Off. with a Service No of J19846

Further details: In third year engineering at Memorial University College, St. Johns when enlisted 23 October 1941. Posted to No.31 Operational Training Unit, Debert, N.S. Intial training at No. 5 ITS, Belleville, Ontario and then at No.8 AOS Ancienne Lorette, Quebec. Gained Air Navigation badge 3 August 1942. After training at 24 OTU and 1659 HCU he was posted to 432 Squadron 10 December 1943. (Photograph taken 6 June 1943)

Posthumously promoted to Plt.Off. with a Service No of J87092

Posthumously promoted to Plt.Off. with a Service No of J86124

At the going down of the sun, and in the morning we will remember them. - Laurence Binyon
All site material (except as noted elsewhere) is owned or managed by Aircrew Remembered and should not be used without prior permission.
© Aircrew Remembered 2012 - 2021 Last Modified: 30 March 2021, 11:45