After the Germans had invaded his neutral country on the 10th May 1940 the Battle of the Netherlands lasted for just a few days before the main Dutch force surrendered following the bombing of Rotterdam. There was resistance in Zealand but the German occupation of the whole country had been completed by the 17th May 1940. Govert decided to escape. 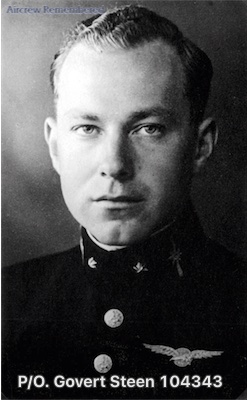 He obtained a job with Fokker in April 1941 and planned to escape by stealing an aircraft. The opportunity came when he discovered the Germans were testing a Fokker T.VIII-w, a type of float plane used in the torpedo-bomber and reconnaissance roles, based in Minervahaven in Amsterdam. This plane had been captured by the Germans in the Netherlands and repainted into Luftwaffe camouflage with the code KD+GQ.

The possible flaw in the plan was that Govert had no experience in flying this aircraft type.

There were three other escapers who would accompany Govert on his flight to freedom. Firstly Wim Boomsma, who was a corporal aircraft mechanic. His father and grandfather had been arrested by the Germans and he believed they were also looking for him.

Next was Jan Beelaerts van Blokland, a cavalry officer known by the nickname Mickey. He would play an important role in gaining intelligence on how to achieve access to the aircraft.

The last of the three was Wijbert Lindeman, who worked for Fokker as a technician. 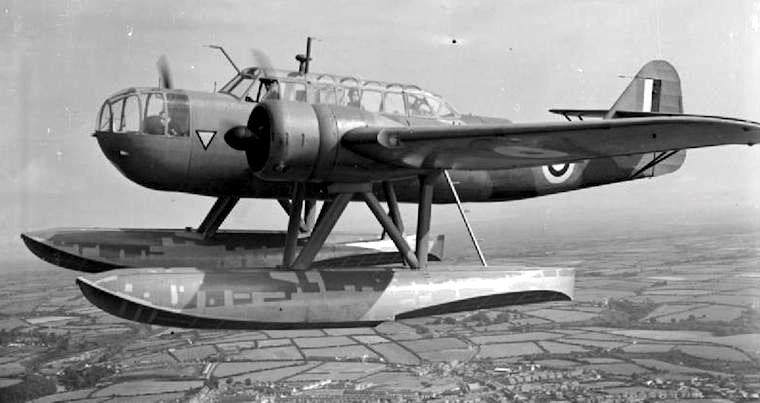 The escape took place overnight on the 5/6th May 1941. The four men hid during the night awaiting an opportunity to begin their escape attempt. About 2am they decided it was time to go and went to a place close to where the aircraft had been anchored in the harbour. They had first to prepare a flotation bag (drijfzak) to get them out to the aircraft. By the time they were aboard and prepared it was already 07.00hrs.

Happily it was found that the aircraft had been left fully fuelled up and Govert successfully started the first engine. Attention was then turned to starting the second engine while the plane was being untied ready for take-off. As the second engine started there was a problem encountered - the first one suddenly stopped. Anxious attempts were then made to restart it!

Eventually, after what seemed an eternity to those on board, the aircraft was ready to taxi out of the harbour. They came out on to the Noordzee Canal and took off. This involved going by a German guard position but fortunately the soldiers took no notice of the passing plane. Govert’s skill as a pilot overcame his lack of experience in flying the Fokker T.VIII-w. 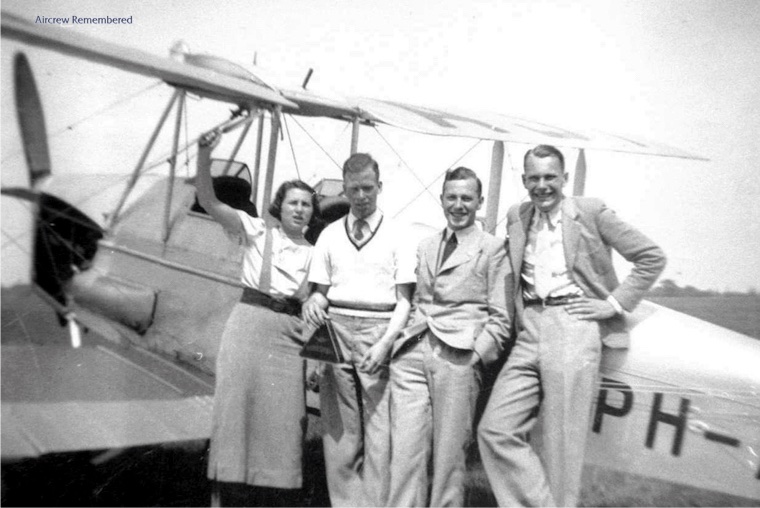 Overcoming navigational difficulties on the way, Govert was eventually successful in flying the aircraft across to England. His problems were not yet over as the British opened fire with anti-aircraft guns against this apparent intruder in Luftwaffe markings. It was fortunate that the plane was not shot down but eventually managed to get down safely in Broadstairs harbour. A Dutch flag had been brought on the journey to wave at the British and persuade them there was no belligerent intent.

Govert Steen was decorated for his brave escape, receiving a Vliegerkruis (Airman’s Cross). This was not the close of his aerial fighting against the Germans however.

He went on to train as a Spitfire pilot and flew with RAF 129 Squadron, flying 79 war sorties until his final one on 5 June 1942 when he was shot down in aerial combat over Octeville-sur-Mer, north of Le Havre in France and crashed into the English Channel. His remains were never discovered.

His Vliegerkruis was later complemented with a second one awarded posthumously for the shooting down of an enemy aircraft over Ypenburg on 10 May 1940, the day his country was invaded by the Germans.

During the same operation 22 year old, Sgt Allan James Edwards NZ/4164 RNZAF from Dunedin, Otago, New Zealand was also shot down but managed to bale out and rescued by an Air Sea Rescue Walrus. Sadly he was killed on the 18th August 1942 during a sweep to Cherbourg. His Spitfire BL934 crashed into the sea - his body being recovered on the 27th August by a British Destroyer.

(1) 30 year old Fl/Lt. Rijklof van Goens 124239 RAFVR went missing in the English Channel on the 17th August 1944. Whilst with 41 Squadron on a Diver patrol flying a Spitfire XII MB880 some reports state that he ran out of fuel, Rob Philips research concluded that it was possible he was taken down by friendly fire off Kent. 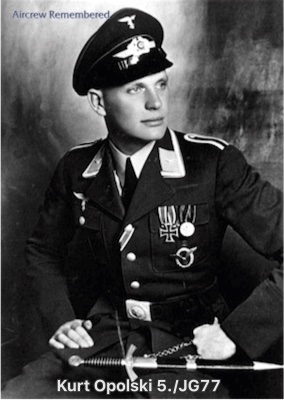 At the going down of the sun, and in the morning we will remember them. - Laurence Binyon
All site material (except as noted elsewhere) is owned or managed by Aircrew Remembered and should not be used without prior permission.
© Aircrew Remembered 2012 - 2022 Last Modified: 16 March 2021, 20:47