Taking off at 11:30 hrs to attack motor transport columns reported to be in the Le Bourget area.

The aircraft was hit by ground fire and crashed in area shown at 12:45 hrs - killing all there crew members.

(1) Sgt. Peuleve survived an earlier incident when on the 22nd February 1940 whilst with 23 Squadron. Blenheim I-F L8400 during a searchlight cooperation sortie the crew: Sgt. Ian Nicholson Macrae 565633, AC 2 Reginald Walter Cullen 75242 and AC David Hilary Peuleve 614230 - abandoned the aircraft which went on to crash on houses in Tunbridge, Kent - causing civilian casualties. (No additional information)

Mr Tom Payne, cousin of the observer Sgt. Frank Gunning, informed us that St. Mary’s Church in Walditch, Bridport plan to unveil a marble tablet to him and others killed during service in WW2. He has also visited the  graves of the crew on a number of occasions. He advises us that during his research he established that the crew were recently transferred from 21 Squadron prior to their loss. Mr Payne was a former Lancaster pilot with the RAF 90 and 15 Squadron 1945-1946. 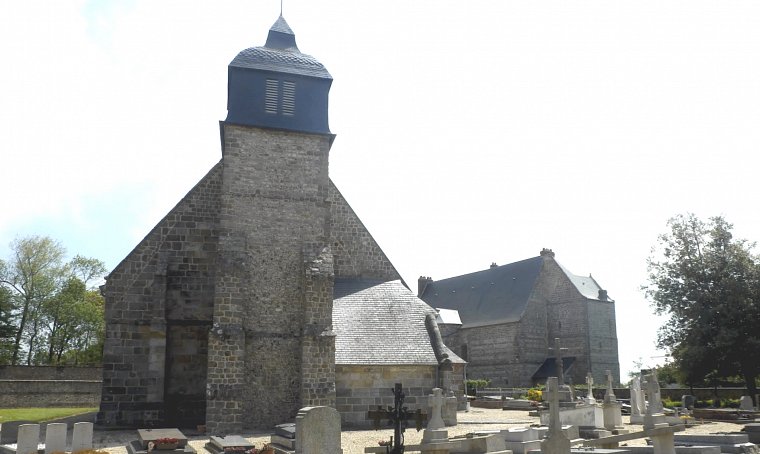 Researched by and for Mr Tom Payne and dedicated to the relatives of this crew with thanks to sources quoted below. With thanks to Groeten van Titia for church photo.

At the going down of the sun, and in the morning we will remember them. - Laurence Binyon
All site material (except as noted elsewhere) is owned or managed by Aircrew Remembered and should not be used without prior permission.
© Aircrew Remembered 2012 - 2021 Last Modified: 24 July 2015, 18:50