Part of a large raid on the twin cities of Mannheim and Ludwigshafen on the banks of the Rhine, Halifax JB782, together with 456 other aircraft including Halifaxes and Lancasters. JB782 took off from RAF Pocklington at 22:56 hours.

Reportedly, upon reaching the target area, it was cloud covered and not well marked by the Pathfinders which resulted in widely spread bombing of lesser important targets.

Although the flak and searchlight batteries surrounding Mannheim and Ludwigshafen were fairly ineffective, the night fighters managed to down nine aircraft including JB782 which crashed at Spesbach-Landstuhl in Germany at 02:36 hrs.

Shot down by German Nightfighter ace Hptmn. Heinrich Wohlers I/NJG6, his 17th claim of the war.

(1) Hptmn. Heinrich Wohlers: killed in a flying accident on the 15th March, 1944 4 km east of Echterdingen when he crashed Wk. No. 5353 during a landing in heavy fog. Buried Hamburg/Ohlsdorf. A total of 28 claims. (courtesy Kracker Archives)

102 Squadron lost another aircraft during this operation:

Halifax II JD408 DY-R Flown by Sq/Ldr. L.J. Partridge taken PoW with 5 others from his crew, 2 were killed.

Above and below: postcard sent by Sgt. Alan Marsh to a member of his family 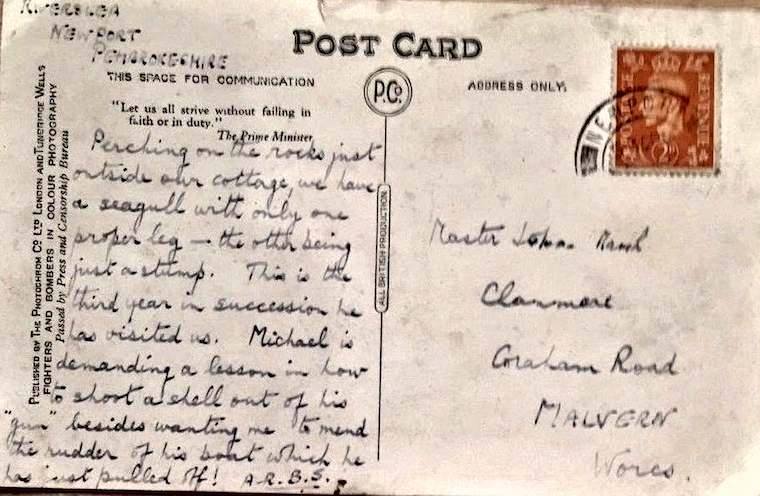 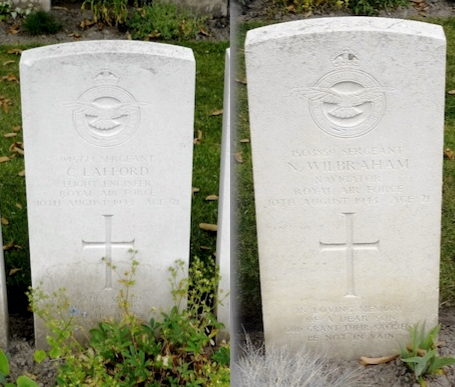 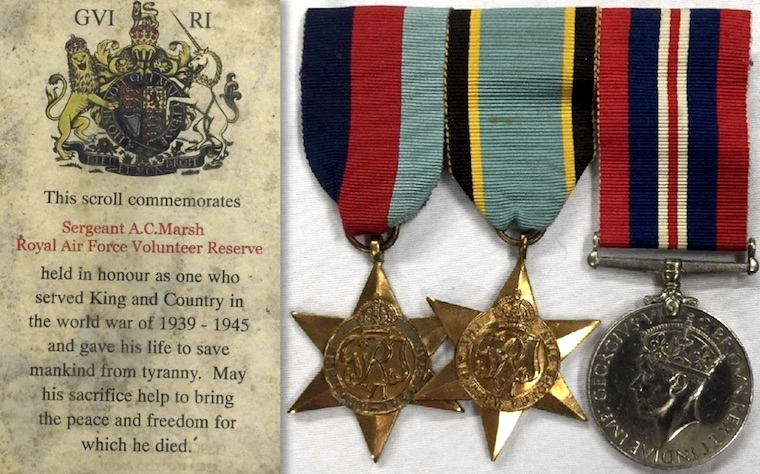 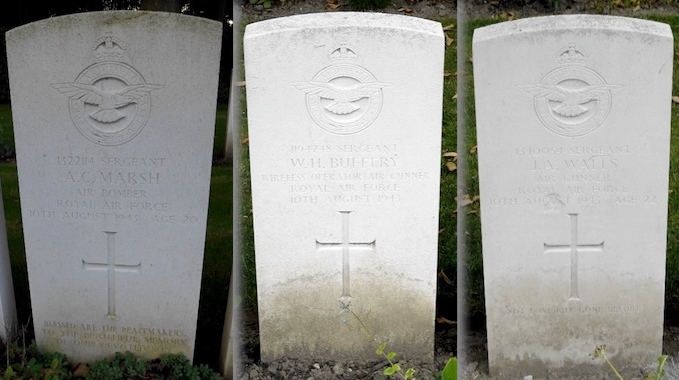 Michel Beckers research - November 2016. With thanks to Des Philippet, Laurence Hennessy for grave photographs, others from the Michel Beckers collection.

At the going down of the sun, and in the morning we will remember them. - Laurence Binyon
All site material (except as noted elsewhere) is owned or managed by Aircrew Remembered and should not be used without prior permission.
© Aircrew Remembered 2012 - 2021 Last Modified: 23 March 2021, 16:43