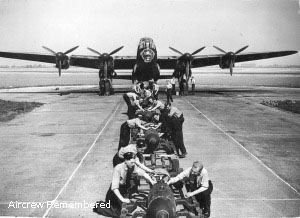 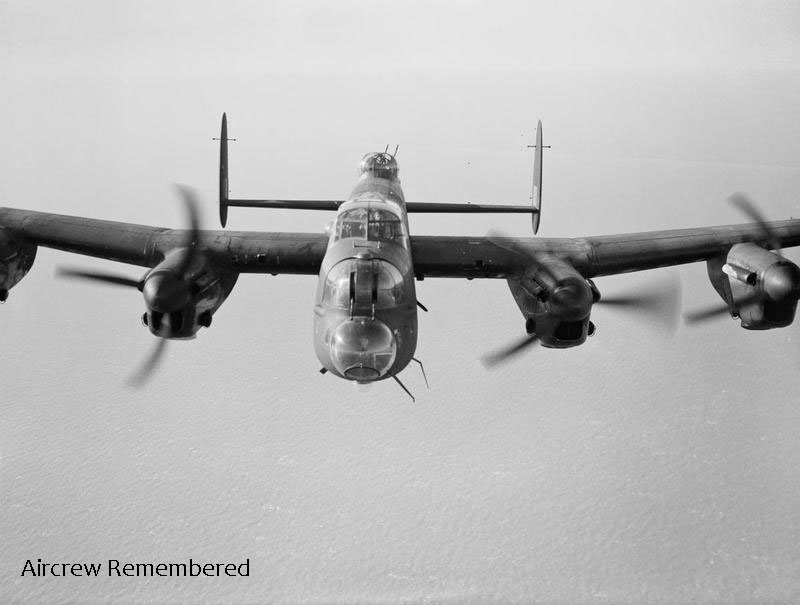 Lancaster ND367 took off from RAF Bourn at 17:50hrs for a operation on Berlin. Nothing further was heard from the aircraft and it is believed that it crashed at Zahrensdorf, 6km ENE of Boizenburg on the North bank of the river Elbe. The aircraft may have been hit by flak or shot down by an enemy night fighter. This was the first operational flight for this crew

Map showing the area of crash 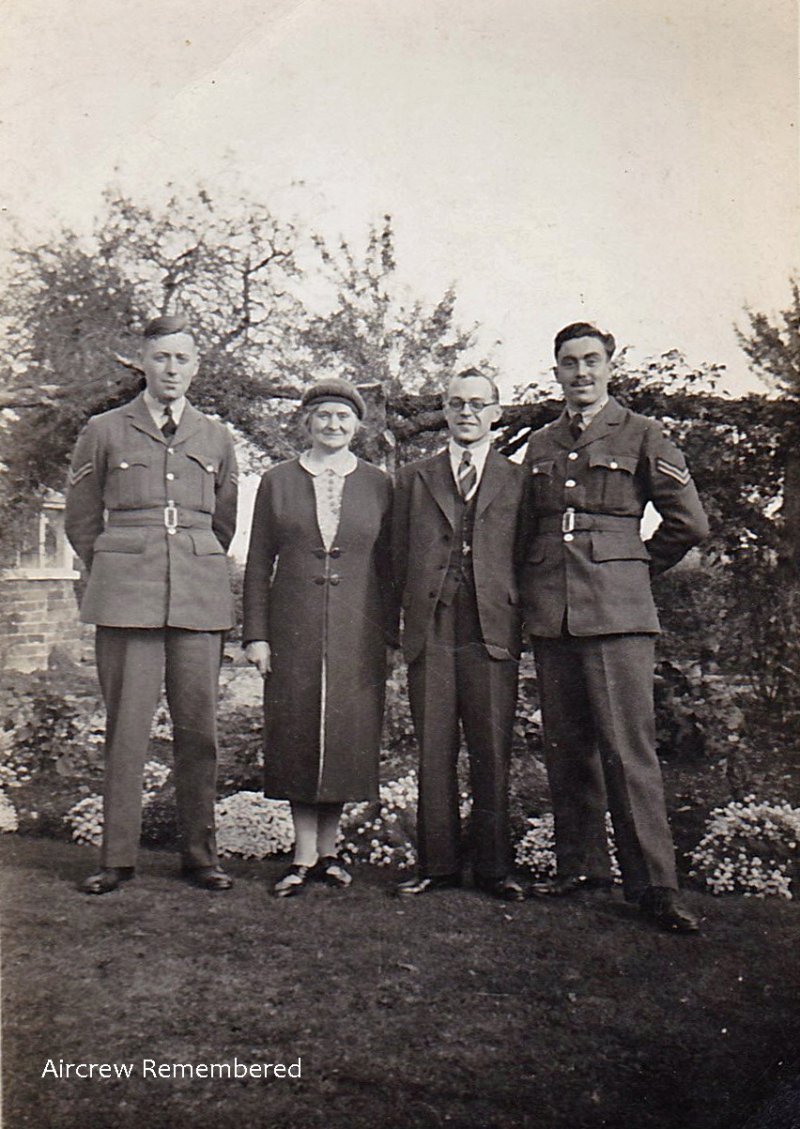 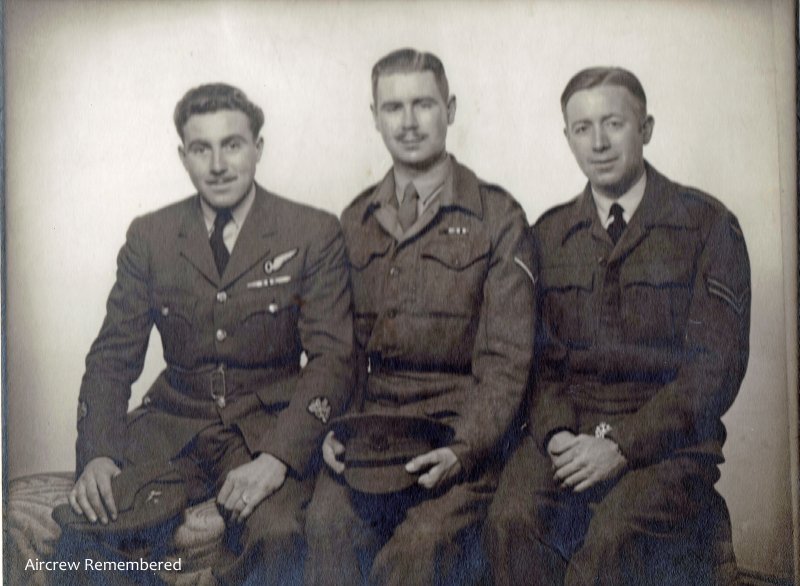 Sgt. Edward Lowe 968623 RAFVR Age 25 PoW No 270059 Camp: Stalag Luft IVB - Mühlberg, Stalag Luft III - Sagan. (2) Edward was born 20 August 1919, Chester. Edward completed part of his training (18 months) in Rhodesia. This operational flight was his first for the Squadron. Bob Lowe, Edward's son provides further information '.....When he was captured he had three rice paper maps of Europe hidden in his boot. Using those maps he was able to construct a large map of Europe from Red Cross parcel paper, which allowed the PoW's to follow the progress of the war via their contraband radio. In fact, they knew almost to the day when they were going to be liberated, and by whom. The map survived numerous spontaneous camp searched and was never found. Dad brought it home with him and it was a treasured possession; it's now on display in my living room beside the fire place. Edward survived the war and was liberated by the Russians and returned to England. He went to Chester to visit the pilot's widow (Winifred Grace Wakley) to pay his respects, they fell in love and married 9 September 1945. Edward, his wife and two children moved to Nova Scotia, Canada and established a landscaping, and then an upholstery business....' 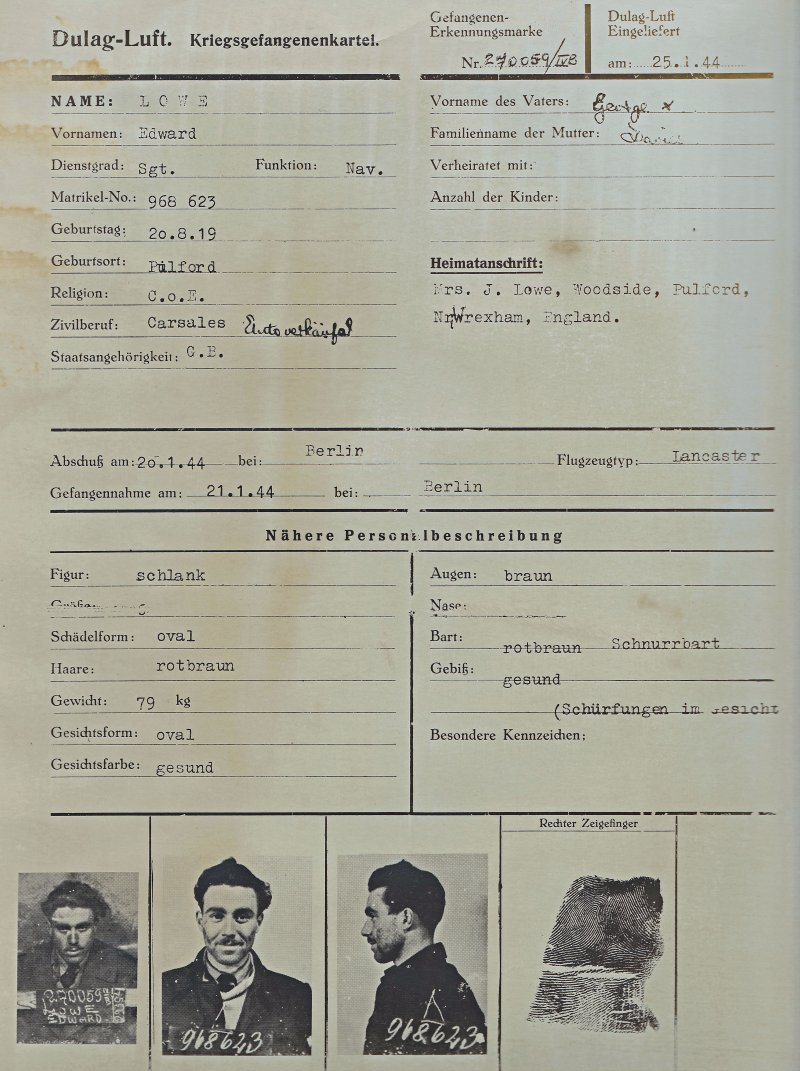 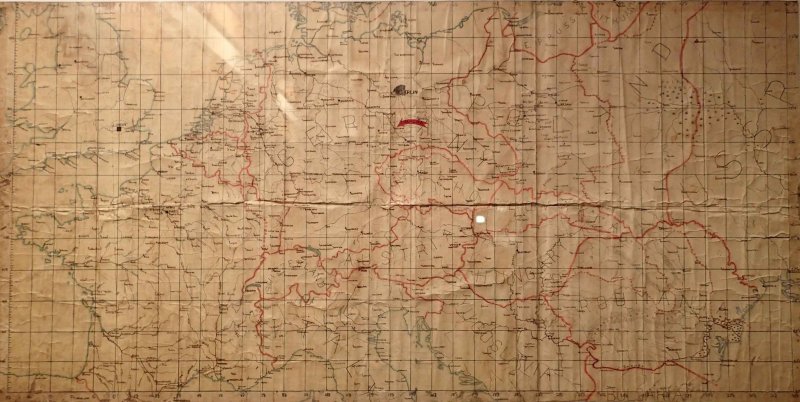 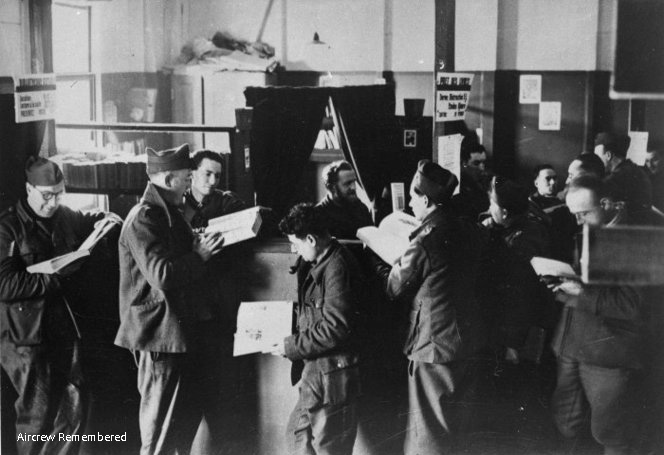 The library at Stalag Luft IVB

Camp: Stalag Luft IVB - Mühlberg (Elbe) Stalag IV-B was one of the largest prisoner-of-war camps in Germany during World War II. It was located 8 km north-east of the town of Mühlberg in the Prussian Province of Saxony, just east of the Elbe river and about 48 km north of Dresden

Stalag Luft III - Sagan. Housed captured air force servicemen. It was in the German province of Lower Silesia near the town of Sagan (now Zagan in Poland), 160 kilometres southeast of Berlin. The site was selected because it would be difficult to escape by tunnelling. The North Compound was for British airmen, where the Great Escape occurred, opened on 29 March 1943 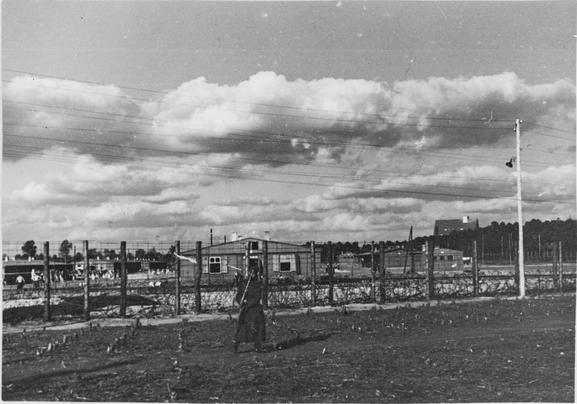 P/O. Cyril Arthur Wakley. Berlin 1939 - 1945 War Cemetery, Grave Ref: 7. A. 24. Son of Arthur and Ada Florence Wakley of Streatham Hill, London. Husband of Winifred Grace Wakley of Little Saughall, Cheshire. (1) Cyril was born in 24 April 1917 and was living with his parents and sister in Brixton in 1938. Cyril completed part of his training in New Brunswick, Canada and was posted to No 97 Squadron 8 December 1943. He was appointed to commission as Pilot Officer on probation 9 November 1934 as per London Gazette 4 January 1944. Cyril is remembered on the Surrey Constabulary Roll of Honour

Sgt. Rendle George William Climo. Berlin 1939 - 1945 War Cemetery, Grave Ref: 7. A. 23. Son of William Rendle Climo and Dorothy Gwendoline Climo of Portchester, Hampshire (3) Rendle had worked for the Post Office in London prior to enlisting and had gained his Clerical Certificate with the Air Ministry in April 18, 1939.

T/Sgt. Benjamin Howell Stedman has no known grave and is remembered at the Netherlands American Cemetery, Margraten, Netherlands. Son of Thomas and Kathryn Stedman of Woodstock, McHenry County, Illinois, United States (5) Born in 1915, McHenry County, Illinois. Ben completed a year at collage and had worked as a janitor in Woodstock Community Hospital prior to enlisting 23 December 1943 as a Technical Sergeant with the 12th Replacement Control Depot. Ben H Stedman was posted to No 97 Squadron 1 January 1944 and had completed over 10 operational flights. He was awarded the Purple Heart Medal. T/Sgt. Benjamin Howell Stedman body was never found even after extensive search of the Zahrensdorf area, where he is thought he was initially buried. Ben is remembered on the Cornell College Roll of Honour.

Researched by: Kate Tame Aircrew Remembered and for all the relatives and friends of the crew. With special thanks to Robert Lowe and Eric Lowe son and grandson of Sgt. Edward Lowe. Also to Rosie Warner, daughter of Jeffrey Taylor who contacted us in September 2016. Thanks to Richard Maddox for the information regarding Sgt. Climo's logbook. Other sources as indicated below:

At the going down of the sun, and in the morning we will remember them. - Laurence Binyon
All site material (except as noted elsewhere) is owned or managed by Aircrew Remembered and should not be used without prior permission.
© Aircrew Remembered 2012 - 2021 Last Modified: 13 May 2019, 07:17