The Allied forces surrendered Java to the Japanese forces on Sunday 08th March 1942. Survivors from the Squadron and other units were then taken PoW. Later transported to the Island of Ambon to help build an airfield.

On the 29th November they were redrafted to return to Java when the Steamship they were on, the ‘SS Suez Maru’ was torpedoed at 08:00 hrs by the US Submarine ‘Bonefish’ North East of the Kangean Islands in the Java Sea.

Fl/Lt. Grahame Prebble White was on this ship and his body as that of all the 605 Squadron members lost that day were never recovered.

At 09:40 hrs the ‘SS Suez Maru’ disappeared from the surface - taking down many of the dead and seriously wounded who were unable to reach the decks. Some 200 plus survived and were on the surface clinging to pieces of the wreckage.

The captain of the Minesweeper that was acting as escort to the steamship orders the machine gunners to kill all those in the sea. By 16:30 hrs the killing stopped and the minesweeper left the area.

A memorial to the 414 British PoW's aboard the Suez Maru, who were murdered by the Japanese was dedicated on the 29th November 2013 at the National Memorial Arboretum, Alrewas, Staffordshire.

A Detailed account of the ship, the sinking and subsequent atrocity, along with the trial documents and descriptions can be found in the book; "The Suez Maru Atrocity - Justice Denied!" ISBN-13: 978-0954272500 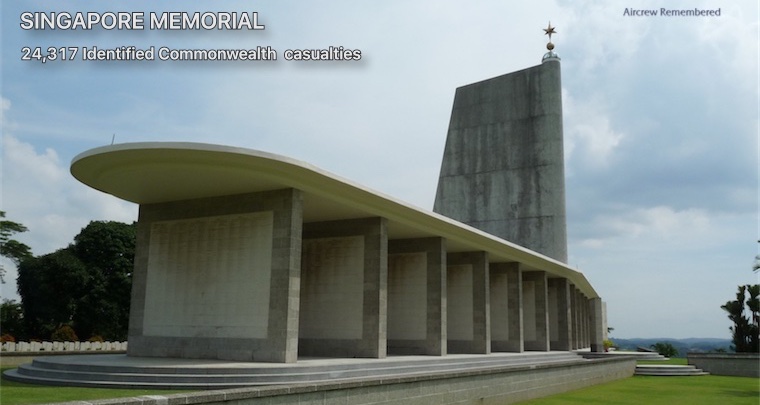 Others from the Squadron lost from ‘SS Suez Maru’:

Researched and dedicated to the relatives of this pilot with thanks to the research by Errol Martyn and his publications: “For Your Tomorrow Vols. 1-3”, Auckland Cenotaph, Weekly News of New Zealand, The Burma Star Association. Other sources as quoted below:

At the going down of the sun, and in the morning we will remember them. - Laurence Binyon
All site material (except as noted elsewhere) is owned or managed by Aircrew Remembered and should not be used without prior permission.
© Aircrew Remembered 2012 - 2022 Last Modified: 24 March 2021, 16:10