Took off at 23.00 hrs. from R.A.F. Marham, Norfolk, at first it was thought that they had been shot down at 04:06 hrs. by Ofw Georg Klever, flying ME110 Nightfighter. He was part of NGJ/3 group based at Laon/Athies airfield in Northern France. The aircraft that he did attack returned damaged.(1)

However, further enquiries with the great assistance from Dr. Theo Boiten reveals that the Wellington was claimed by 1.-3./Res. Flak Abt. 265, came down 1 km south of Adelheide (Delmenhorst) at 01:30 hrs. It is believed that the Wellington had a full bomb load at the time.

(1) It is believed that the Wellington had a full bomb load at the time. Four of those who died are commemorated on the Runnymede memorial whilst Sergeant Wood is buried in Becklingen War Cemetery.

P/O. Pearce was sent to Stalag Luft III at Sagan, Poland. In 2008 he recounts in a letter to the Daily Mail of his attempt to escape from the camp:

“I was shot down on my 26th bombing operation and was the sole survivor. I was waiting in the block near the tunnel entrance ready to escape when the outside exit was discovered. I had arranged to accompany one of my fellow officers and had drawn a higher number than his for the escape. He was waiting outside in the woods for me and was one of those ruthlessly murdered on Hitler’s orders. I ended up spending three years in the prison camp.” 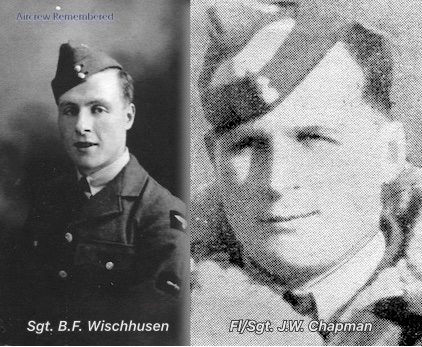 The Wischhusen family originated from Bremen, in Germany, (close to where the Wellington was to drop it’s bombs) but moved to London in the 1790’s. Born in 1915 in Bethnal Green, London. Benjamin, known as Ben, had an older brother Leslie John Wischhusen who was born in Petchefstrom, South Africa in 1913.

After living in the East End of London, Bens father served in the 1st Dragoons (Royals) reaching the rank of squadron sergeant major, being mentioned in dispatches and gaining the DSM. After leaving the army and with the death of his wife in 1923, he moved the family out to Blandford, Dorset and re married Amy Hilda Seaviour and had another son, John.

Both of the older Wischhausen brothers worked at Lee Motors, a large transport garage where Ben was employed as a coach painter and Les as a metalworker. Ben married May Smith at St. Andrews Church, Boscombe and they moved to Shellbourne Road, Boscombe, their daughter Elizabeth was born in 1941 in Boscombe. When Ben was posted to his squadron his wife May and their baby moved in with her sister Lily and her husband Les (Leslie Eric Orchard Frost) in Enfield, staying with them after Ben’s death in 1942.

(1) Ofw. Georg Klever was to be posted as missing in action in April 1945. Further information can be found in our Kracker archive. 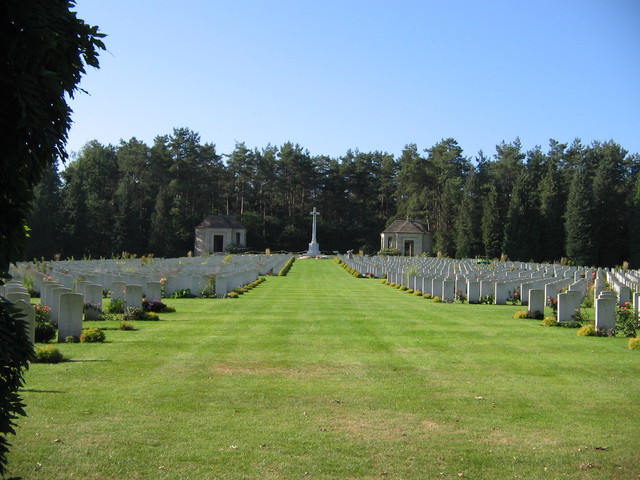 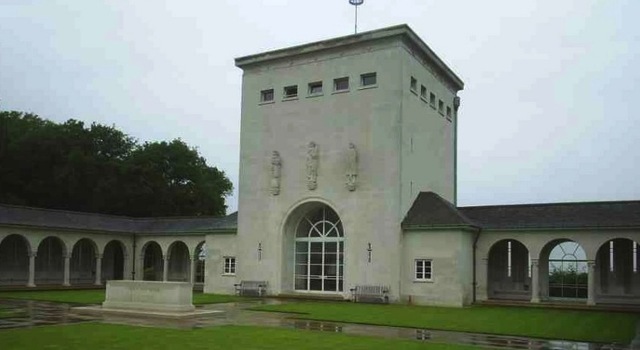 F/O. Thomas Reader Russell Wood DFC. Becklingen War Cemetery Grave 26.G.12. Born in India in 1921. He was the oldest child of Bernard Reader and Rachael Clarissa (née Russell) Wood. Son Bernard was also born India, in 1924. Daughter Elizabeth was born in British Guiana in 1930. Bernard, who was born in Auckland, New Zealand, in 1890, came to the UK in 1904 where he attended Tonbridge School. He subsequently attended Sidney Sussex College, Cambridge, receiving his BA in 1912 . He received his diploma in forestry in 1914 and was hired by the Indian Forest Service where he remained until 1925. In 1925, the family moved to British Guiana where he was employed as Conservator of Forests, a position which would lead to a CBE being awarded in 1946 upon his retirement.

Fl/Sgt. John Wynne Chapman. Runnymede Memorial Panel 117. Born on 17 May 1915 at Mt. Grey Downs, Balcairn, NZ. He was the son of John and Gwendolyne Rubina (née Curlett) Chapman and was married to Phyllis May (née McColl) Chapman of Lower Hutt. John excelled at Scots College, Wellington where he was also the Senior swimming champion. Before the war he attended Auckland University's School of Architecture where he was an architectural assistant. He enlisted in the RNZAF earning his Pilot's Badge 14 June 1941. Promoted to Sgt on 26 July 1941 he embarked for the UK on 14 August 1941 arriving at No. 3 PRC, Bournemouth 28 September 1941. He attended No. 20 OTU 20 October 1941 and was posted to No. 115 Squadron 20 May 1942. Killed on first operation. (info courtesy Errol Martyn - via Dave Champion)

Researched by Aircrew Remembered, researcher and specialist genealogist Linda Ibrom for relatives of this crew. Acknowledgements: Michael Wischhusen, nephew of Sgt. Wischhusen with thanks also to Hans Klootwijk of the Caribbean Aircrew site for extra info on Flying Officer Wood. We would like to appeal for any further information on F/O. Wood on behalf of Hans Klootwijk. With thanks also to Jon Pinkham who advised us of a correction with details of Sgt. Wischhusen in February 2016. Finally to Dave Champion for details submitted - July 2018.

At the going down of the sun, and in the morning we will remember them. - Laurence Binyon
All site material (except as noted elsewhere) is owned or managed by Aircrew Remembered and should not be used without prior permission.
© Aircrew Remembered 2012 - 2022 Last Modified: 16 March 2021, 14:42