Joined 306 Squadron and during the Dieppe raids the Squadron gave cover to ground troops.

During the operation F/O. Emil Alfred Landsman P-0821 PAF flying Spitfire Vb BM424 was hit and taken PoW. (Survived the war, passed away on the 28th September 2004, age 89) Sgt. Czachla ran out of fuel on the return trip. Trying to crash land his Spitfire he caught a house roof at 252 Malvern Avenue , he survived suffering minor injuries.

On the 27th September 1943 during a period training pilots at No. 16 Service Flying Training School his aircraft, a Miles Master III W8710 collided with another Master DL612 over Radcliffe on Trent in Nottinghamshire. His pupil pilot was killed but he managed to bale out.

A tip of one of the propellers from the Spitfire is now on display at RAF Northolt Museum. 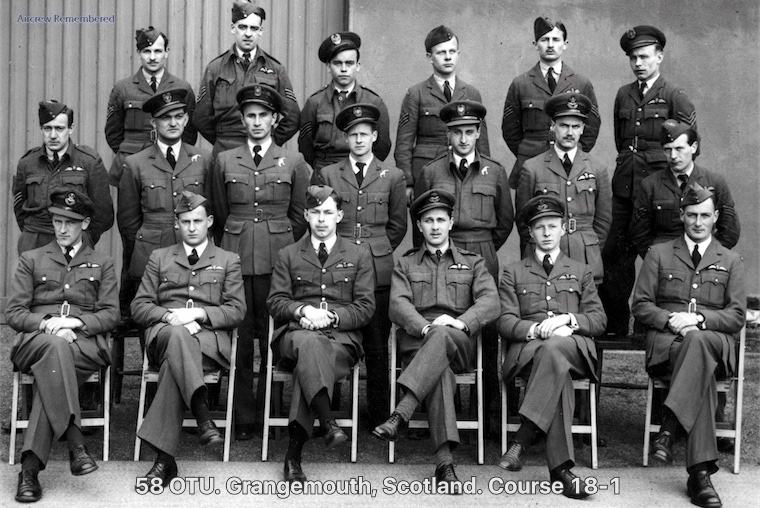 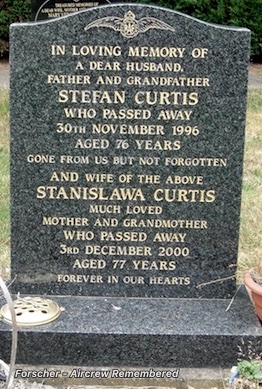 Stefan Curtis (formerly used the name of Czachla) passed away age 76 on the 30th November 1996.

Researched and dedicated to the relatives of this pilot. With thanks to Forscher of Find A Grave for photo and details of W/O. Stefan Czachla - November 2017. Other sources as quoted below:

At the going down of the sun, and in the morning we will remember them. - Laurence Binyon
All site material (except as noted elsewhere) is owned or managed by Aircrew Remembered and should not be used without prior permission.
© Aircrew Remembered 2012 - 2022 Last Modified: 19 March 2021, 12:04